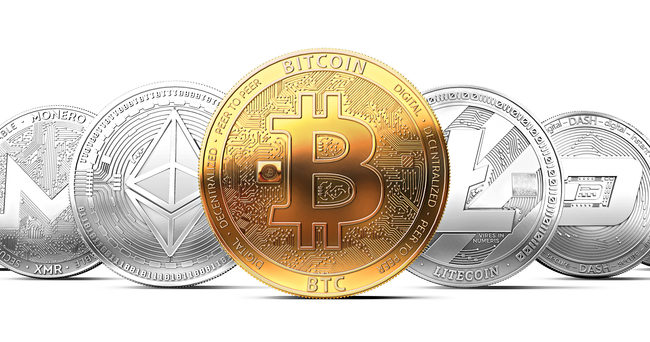 The Three Stages of Investment Booms

The boom in cryptocurrencies is following the same script that has played out over, over and over again.

You see, every boom follows a sequence of three stages. Every single boom throughout history has followed this script.

And now the booming cryptocurrency market is following this exact same 3-step script.

First, only early enthusiasts are courageous enough to invest in the new trend. That’s stage 1.

If you know how to use this roadmap, you could make an absolute fortune. And to help you understand how this 1-2-3 sequence works, let me show you what happened during the 1990s boom in tech stocks.

In the mid-1990s, most people didn’t even know what the internet was. In 1994, the morning show NBC’s Today had a segment where one of the anchors asked, “What is the internet, anyway?”

While most people were dismissing the technology as a fad, early adopters like myself were heavily investing in it. In 1995, I correctly predicted every company would need a website. So I started my first internet company to help big corporations get online.

That’s how I ended up building the first websites for American Express, HBO, Sony and Disney, among others.

That was stage 1 of the boom.

Only when Netscape went public in late 1995 did people outside Silicon Valley start taking the internet seriously. That’s when institutional investors started joining the party, with pension funds and venture capitalists making a fortune when companies like Yahoo and Amazon went public.

The additional flow of money from the “smart money” helped pushed tech stocks even higher. That was stage 2 of the boom.

But the public was still not participating.

In June 1998, for example, mainstream economist Paul Krugman predicted the internet’s impact on the economy would be no greater than the fax machine. It wasn’t until 1999 that the masses finally started to invest heavily in tech stocks.

With more people jumping into the market, tech stocks jumped even higher, attracting more and more people wanting to get a piece of the action.

And that was the third and most explosive stage of the boom, with the Nasdaq soaring more than 85% in 1999 alone.

First, early enthusiasts, then, institutional investors, and finally the public. Where are cryptocurrencies right now?

In stage two of the boom.

The public is still not invested. That’s why right now is so special. If you get in before the masses, you could see astronomical gains.

And to help my readers take advantage of this generational opportunity, I’ve organized a very special team.

Using my network, I’ve located a small group of experts and hired them to also take a look inside the computer code and locate the cryptos we actually stand to profit from, including my chief crypto analyst in this service, Kamal Ravikant.

Kamal is an entrepreneur and partner at Evolve VC, one of the most successful venture capital funds in Silicon Valley, where he manages millions of dollars and often teams up with other funds managing hundreds of millions of dollars on various deals.

Kamal is one of the top investors in cryptocurrencies. You won’t find anyone smarter or more connected than him.

I got him to agree to work exclusively for my service, Altucher’s Crypto Trader. And even more so, between my and Kamal’s networks, we have access to the top investors and activists investing in cryptos.

We can open up our network to readers, plugging them in and letting them profit. And more importantly, we can show readers exactly how to set up trades that are safe and secure and also position them for both short-term and long-term success. Like I’ve said, cryptocurrencies are here to stay.

Are you still intimidated or unsure about cryptocurrencies?

Well, if you don’t have experience with digital currencies, you are not alone. Despite the massive investments from “the smart money,” despite all the newly minted millionaires, and despite this exploding market…

Most people don’t even know what a cryptocurrency is.

To this date, fewer than one in 10,000 people have invested in bitcoin. Just ask your friends, spouse and neighbors what they think of ethereum, litecoin and monero. I bet they’ll have no clue what you’re talking about.

That’s because the masses are not participating in this boom. Not yet!

Remember, the biggest gains in any bull market throughout history only happen when the public joins the trend. It’s the masses that will push cryptocurrencies to the moon.

There are more than 1,300 cryptocurrencies out there right now. And new ones are coming out all the time. Imagine trying to trade all of them. That’d be like having 1,300 stocks in your brokerage account. It boggles the mind.

So even for those among us who do know a little bit about cryptocurrencies, they still may feel lost in the shuffle. I estimate 95% of cryptos will go bust at some point. That’s why I created Crypto Trader, to offer radical simplicity and the chance to actually make money by harnessing the power of the cryptos that will survive.

We will be using a proprietary allocation model to safely diversify and position ourselves to collect massive gains with all four currencies in the portfolio. Pairing this model with arbitrage opportunities is the key to success.

For example, when one currency takes off, you’d have a chance to take money off the table and reallocate it to the others in your portfolio. And you’d do this over and over, compounding your profits.

In other words, when one of these cryptos becomes massively undervalued based on external circumstances, we use those opportunities to arbitrage.

With all the volatility in the cryptocurrency market, there are tremendous opportunities to do this. Kamal and I like to refer to these as “Crypto Arbitrage Plays.” It’s our job to make sure our readers are aware of them and know exactly how to proceed.

I invite you to join us (go here to learn more). This is the boom of a lifetime. I doubt you’ll ever see anything like it ever again.