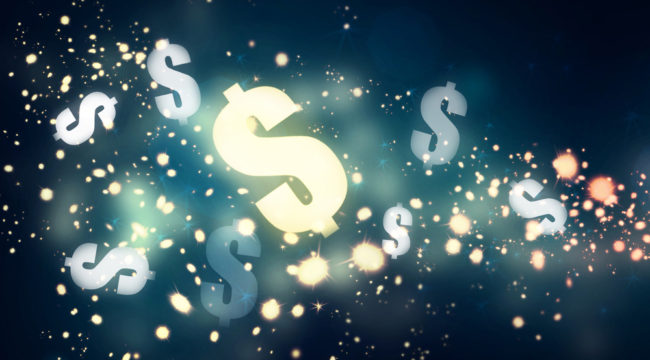 The Three Magic Words For Investing Your Money

In the history of capitalism, this is the hardest time ever to invest. Stocks are trading at record highs. People have gone broke and lost their jobs. And despite the stock market’s records, fear more than greed rules the news and tries to rule thoughts.

In short: people are scared it’s all going to blow up. And I do think the uncertainty is going to rise quickly so I wanted to put this note together.

In 2001 and 2002 I lost all my money through bad investing. The same thing happened to me on a couple of occasions after that.

What I can say is this: The most important three words in investing are “I don’t know.” If someone doesn’t say that to you then that person is lying or deluded.

I was preparing one morning for my podcast conversation I was having with Stephen Dubner, co-author of Freakonomics and “Think Like a Freak.” One of the statistics he pointed out was that CXO Advisory Group had polled the predictions of 500 investment strategists and pundits.

The “experts” had a 47% success rate — less than even odds. Good luck if you listen to any of them.

Here’s my experience (and perhaps I’ve learned the hard way about what NOT to do and a little bit about what TO do.):

I’ve run a hedge fund that was successful. I ran a fund of hedge funds, which means I’ve probably analyzed the track records and strategies of about 1000 different hedge funds.

I’ve learned one major thing, which I will repeat below: all of Wall Street is a scam.

I can’t raise money anymore. Nor do I want to play that game. I don’t BS about my losses and everyone else does. So I’m not in that business anymore. It’s too much work to run a fund anyway.

In the past 18 years I’ve tried every investing strategy out there. I honestly can’t think of a strategy I haven’t experimented with.

I’ve also written software to trade the markets automatically and I did very well with that but that industry is now dominated by the high frequency guys.

And I’ve written several books on my experiences investing, with topics ranging from automatic investing to Warren Buffett, to hedge funds, to long-term investing (my worse-selling book, “The Forever Portfolio,” which has sold 399 copies since it came out in December 2008, including one copy for the entire last quarter).

Incidentally, why publish a book called “The Forever Portfolio” during the worst financial crisis in history? I begged my publisher (Penguin) to postpone but they couldn’t. “It’s in the schedule” was their magic incantation. Publishers largely stink. The good news is: they will never make back the advance.

That said, all of the picks in that book have done excellently since then (my wife proved this in a review of the book on Amazon but then was shamed into admitting she was my wife, which she did not at first disclose) but the one thing I am proud of is that I made a crossword puzzle for the book. I don’t know of any other investing book with a crossword puzzle in it.

So, Ok! Let’s get started. Don’t follow any of my advice. This is advice that I do and follow and it works for me.

A) Should I daytrade? Only if you are also willing to take all of your money, rip it into tiny pieces, make cupcakes with one piece of money inside each cupcake and then eat all of the cupcakes.

Then you will get sick, and eat all of your money, but it will taste thrilling along the way. Which is what daytrading is.

B) I don’t believe you. Many people daytrade for a living. No. I personally know of two. Maybe three. And they work 24 hours a day at it and have been doing it for a decade or more. So unless you want to put in that amount of time and be willing to lose a lot first then you shouldn’t do it.

One more thing: when you daytrade and lose money it’s not like a job. When you go into a job you never lose money. If you show up for two weeks, you get paid. Even if you have been warned repeatedly about sexual harassment you still get paid. You might get fired but they won’t take your money.

The stock market takes your money on bad days. Sometimes it takes a lot of your money. We’re not used to the brutality of that and it can destroy a person psychologically, which makes one (me) trade even worse.

C) Well, who makes money in the market then? Three types of people:

I’ve seen it for 20 years. I’ve seen every scam. I can write a history of scams in the past 20 years.

Those are scams from just the past 15 years. If I went back 50 years the list would be fifty times as big.

One time I wanted to raise money for one of my funds. I went to visit my neighbor’s boss. The boss had been returning a solid 12% per year for 20 years.

Everyone wanted to know how he did it. “Get some info while you are there,” a friend of mine in the business said when he heard I was visiting my neighbor’s boss.

The boss said to me, “I’m sorry, James. We like you and if you want to work here, then that would be great. But we have no idea what you would be doing with the money. And here at Bernard Madoff Securities, reputation is everything.”

So I didn’t raise money from Bernie Madoff although he wanted me to work there. Seemed like a very nice guy. I was depressed when I left his offices in the so-called “lipstick building.” Why will I never be good enough? I thought.

Later, the same friend who wanted me to get “info” and “figure out how he does it” said to me: “we knew all along he was a crook.” Which is another thing common in Wall Street. Everybody knows everything in retrospect and nobody ever admits they were wrong.

Show me a Wall Street pundit who says “I was wrong” and I’ll show you… I don’t know… something graphic and horrible and impossible [fill in blank].

Just remember the magic words of investing that will serve you best:

Tomorrow, I’ll reveal the answers to several common questions investors have about making money in this market.