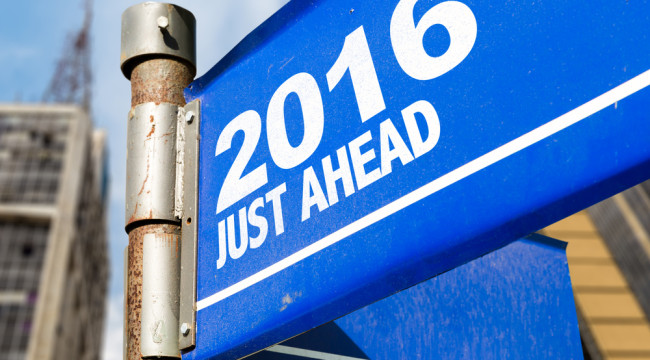 In the interminable run-up to the start of the Fed’s first tightening cycle in eleven years, many analysts used the phrase, “one and done” to describe the policy that Janet Yellen would pursue.

Apart from having a nice ring to it, this was meant to convey the idea that after the first rate hike, the Fed would pause before hiking again. More to the point, the idea was that the Fed just wanted to get the first rate hike over with, and would move slowly and cautiously through the new tightening cycle.

That’s not exactly what happened. The Fed did hike rates in December and might pause (no additional rate hike) at their scheduled January 28, 2016 Federal Open Market Committee (FOMC) meeting. Yet the outlook beyond that is far more aggressive than the phrase “one and done” implies.

While Janet Yellen was careful to say that future Fed policy is data dependent and not on a set schedule, she did, for all intents and purposes, lay out a schedule based on her forecast for economic growth and inflation. The implied tightening cycle for the target Fed funds rate is 100 basis points per year for three years (through the end of 2018).

In keeping with the Fed’s declared desire not to disrupt markets, it is also likely that each target rate increase will be 25 basis points, the same measure Greenspan used in his belated tightening cycle from 2004 to 2006, albeit with a slower tempo.

There are eight FOMC meetings per year. Four of those occasions (every other meeting) include press conferences that are helpful for explaining Fed actions. Yellen, and before her, Bernanke puts a big emphasis on communication and transparency with regard to Fed policy, part of their misguided notions of setting expectations.

Taking these parameters into account, the expected policy path in 2016 is 25 basis point rate increases on March 16, June 15, September 21 and December 14. In the Fed’s view, this pattern could reasonably be extrapolated into 2017, and 2018, until the Fed funds target rate reaches 3.25% in December 2018.

That path is a far cry from “one and done,” and is highly aggressive in an environment of declining global growth, and borderline deflation in the world’s four largest economies — the U.S., the Eurozone, China, and Japan.

The one thing we can be reasonably certain is that this will not happen. The Fed’s expected path is based on internal models of the interaction of labor markets, growth and inflation. These models are badly flawed and obsolete.

For evidence, we need look no further than the fact that Fed one-year forward growth forecasts have been incorrect by orders of magnitude for nine straight years. A belief that the Fed forecast for 2016 is close to accurate represents the triumph of hope over experience.

One reason Fed forecasts are flawed is the Fed’s persistent and misplaced reliance on the Phillips Curve (purportedly demonstrating an inverse relationship between unemployment and inflation), and NAIRU (the natural accelerating inflation rate of unemployment).

The Phillips Curve is a strong candidate for a starring role in a Zombie movie. No matter how many times academics kill it, it keeps coming back to life to scare policymakers. For evidence, consider the late 1970s and early 1980s when the U.S. had back-to-back recessions, rising unemployment, and sky-high inflation; over 50% cumulative inflation from 1977 to 1981.

NAIRU resembles a unicorn, that is, a creature which can be described and visualized, but does not exist in the natural world. For evidence consider how many times the policy unemployment goalposts have been moved by the Fed in recent years — from 6.5%, to 5.5%, to 5%, and now some consideration is being given to 4.8% or lower. Like the unicorn, NAIRU is always just over the next hill.

Given the Fed’s consistent forecasting errors, and reliance on badly flawed models, we should expect that their current reliance on models will prove misguided. If you use the wrong model, you will get the wrong result every time.

The Fed will likely raise rates in March and June 2016 as expected. That much is baked in the pie. Yellen waited too long to launch a tightening cycle simply to turn on a dime. In any case, the Fed rarely reverses course easily, and usually favors long periods of inaction between course changes.

By late summer or early fall of 2016, global weakness and possibly a U.S. recession will be the dominant stories. This recession is already apparent to many observers, but it will take more time for that reality to sink in at the Fed.

The normal course of policy at that point would be to cut rates to mitigate the impact of the slowdown. But, a rate cut in September 2016 will be politically impossible coming just 48 days before the U.S. presidential election.

Yellen is a well-known liberal Democrat. Any effort by her to boost the economy (via portfolio channel effects) just before the election will invite a withering political backlash from the Republican nominee. Yellen is already party to a criminal investigation of insider trading at the Fed and has no interest in that kind of added scrutiny.

This means the earliest rate cut will be December 14, 2016, the first post-election FOMC meeting.

The most Yellen could do to ease in September is offer forward guidance that the Fed will not increase rates for an extended period, and plans to remain “patient” in considering further increases.

There are two risks to this forecast. The first is that the recession data is overwhelming by spring causing the Fed to hold off on the June rate hike. The second is that the Fed hikes again in September because not raising is seen a form of ease with adverse political repercussions for the Fed.

We’ll be watching developments closely to update our view. For now, it looks like three and done.