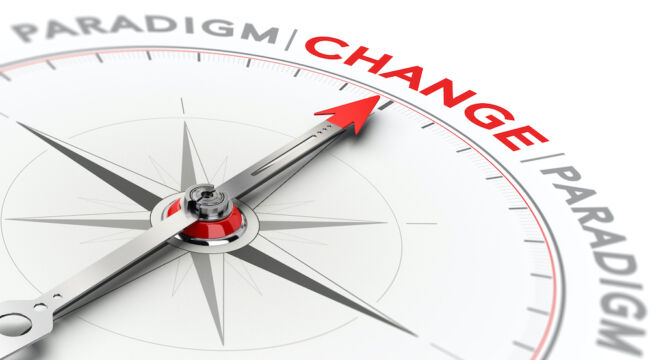 “There Is a Big Shift Happening”

“There is a big shift happening.”

Here you have the judgment of old Daily Reckoning hand Wolf Richter.

The “big shift” to which Mr. Richter refers is this:

To which we must add our own question:

Is the “big shift” a genuine wheeling around — or merely a brief detour, a fleeting and transient veering?

These are the questions we peer into today.

We first peer in on the central beneficiary of existing Federal Reserve policy — Wall Street.

As is often the case, technology stocks such as Apple, Microsoft, Netflix and Amazon hauled much of the market’s cargo.

But to revisit our central question:

Is the Federal Reserve silently plotting a “big shift” in course?

This he told Congress:

They collapsed rates clear to zero. They nearly doubled the balance sheet within three months.

Their violent and spasmed pummeling of the gas pedal — in fact — knows no precedent.

In no time whatsoever the stock market was chasing down its February highs. It chases yet.

But the gas pedal came off the floor last week…

It was the first weekly winnowing since the crisis commenced — the coronavirus crisis, that is (a fellow must be specific nowadays).

It was also the largest weekly balance sheet shrinkage in 11 years… since May 2009.

In fairness, a deliberate easing off the gas pedal did not cause it. The peculiarities and practicalities of balance book operations did cause it…

Their combined rolling off overmatched — by $74 billion — the Treasuries and mortgage-backed securities that came rolling on.

The stock market has lost some zoom of late. Is it because the hi-test was running low?

Here is a second question, chained to the leg of the first:

Is the Federal Reserve abandoning Wall Street… for Main Street?

“There is a big shift happening right now that Wall Street doesn’t seem to understand.”

What precisely constitutes this shift?

The Fed has started lending to entities, including states and banks, under programs that channel funds into spending by states, municipalities and businesses, rather than into the financial markets.

How do these programs differ from quantitative easing?

This is not QE but more like paying businesses and municipalities, and ultimately workers/consumers, to consume. This money is circulating in the economy rather than inflating asset prices… These types of programs are propping up consumption — not asset prices. That’s a new thing.

Is Wall Street prepared for this “big shift” of which you write, Mr. Richter?

I don’t think the hyperinflated markets, which have soared only because the Fed poured $3 trillion into them, are ready for this shift. Again, that’s an important change and a big shift. But it’s not getting any attention.

We do not believe the Federal Reserve will walk away from Wall Street.

Yet we have long maintained that authorities would reroute “stimulus” from Wall Street… toward Main Street.

It would go under the banner of “QE for the People” or some such.

The pandemic has merely deepened our conviction.

Millions and millions are idle, unemployed. Many will likely remain idle and unemployed, their jobs permanently erased.

Heaps of businesses nationwide, meantime, may never swing open their doors… or register another sale.

Are the frustrated and dream-dashed prepared to watch Wall Street prosper beyond avarice — while they wallow?

Legions of unemployed seethed for much of the past decade watching Wall Street prosper in this fashion.

We do not believe they are prepared to seethe another 10 years.

Eventually the pitchforks come out, the barricades are manned, the citadels are stormed.

And elected officials do not wish to be aerated, hanged or guillotined.

They will therefore have a go at QE for the People.

Of course, it too will end in folly. Yet that is a tale for a different day…