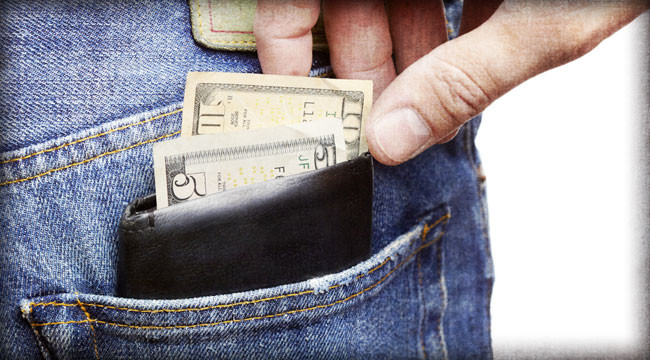 The World's Only Popular Tax

The November 2013 Investment Outlook published by PIMCO caught my attention with an essay by Bill Gross entitled “Scrooge McDucks”.

Gross wrote remorsefully, “Having benefited enormously via the leveraging of capital since the beginning of my career and having shared a decreasing percentage of my income thanks to Presidents Reagan and Bush 43 via lower government taxes, I now find my intellectual leanings shifting to the plight of labor.”

I suppose that, by “the plight of labor”, Gross is referring both to the decline of median household income in real terms over the last ten years or so, and to the collapse of labour’s share of US national income since 2000. Personally, I am also concerned about the slump in the labour force participation rate. 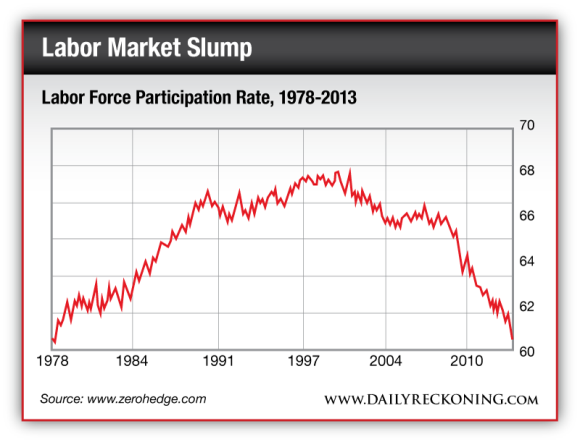 Instead of approaching the tax reform argument from the standpoint of what an enormous percentage of the overall income taxes the top 1% pay, consider how much of the national income you’ve been privileged to make.

In the United States, the share of total pre-tax income accruing to the top 1% has more than doubled from 10% in the 1970s to 20% today. Admit that you, and I and others in the magnificent “1%” grew up in a gilded age of credit, where those who borrowed money or charged fees on expanding financial assets had a much better chance of making it to the big tent than those who used their hands for a living. Yes I know many of you money people worked hard as did I, and you survived and prospered where others did not.

A fair economic system should always allow for an opportunity to succeed. Congratulations. Smoke that cigar, enjoy that Chateau Lafitte 1989. But (mostly you guys) acknowledge your good fortune at having been born in the ’40s, ’50s or ’60s, entering the male- dominated workforce 25 years later, and having had the privilege of riding a credit wave and a credit boom for the past three decades. You did not, as President Obama averred, “build that,” you did not create that wave. You rode it. And now it’s time to kick out and share some of your good fortune by paying higher taxes or reforming them to favor economic growth and labor, as opposed to corporate profits and individual gazillions.

You’ll still be able to attend those charity galas and demonstrate your benevolence and philanthropic character to your admiring public. You’ll just have to write a little bit smaller check. Scrooge McDuck would complain but then he’s swimming in it, and can afford to duck paddle to a shallower end for a while. If you’re in the privileged 1%, you should be paddling right alongside and willing to support higher taxes on carried interest, and certainly capital gains readjusted to existing marginal income tax rates. Stanley Druckenmiller and Warren Buffett have recently advocated similar proposals. The era of taxing “capital” at lower rates than “labor” should now end.

Having written about rising wealth and income inequality for the last ten years or so, I have a lot of sympathy with Bill Gross’s views. However, I am far from certain that the inequality was caused by lower tax rates on carried interest and capital gains.

As an example, it is not only the “1%” who have increased their share of national income considerably over the last 30 years, but also the top 10% of income recipients. Moreover even if capital gains are excluded, the top decile’s income recipients have increased their share of national income meaningfully. I simply cannot believe that the top decile of income earners would all have benefited from low taxes on carried interest. (This may be different for the “0.01%”.)

Therefore, other — possibly more important — factors than favourable taxes on carried interest and on capital gains may have led to the growing income inequality, such as education (rising cost), outsourcing of production to low labour-cost countries, low interest rates (substitution of labour with machines), rising debts, increasing entitlements, immigration of low-skilled workers, etc. I shall return to Gross’s essay further below. However, I should first like to address some of the problems associated with taxation.

First, we need to accept that there is no such a thing as a “perfect” system of taxation. As Andrew Jackson observed, “The wisdom of man never yet contrived a system of taxation that would operate with perfect equality.”

“In such experience as I have had with taxation… there is only one tax that is popular, and that is the tax that is on the other fellow”.

The Swedish Nobel Laureate, economist, sociologist, and politician Karl Gunmar Myrdal opined: “Taxation is the most flexible and effective but also dangerous instrument of social reform. One has to know precisely what one is doing lest the results diverge greatly from one’s intentions.” (He won the Nobel Prize in Economic Science with Friedrich Hayek in 1974 for their pioneering work on the theory of money and economic fluctuations, and for their analysis of the interdependence of economic, social, and institutional phenomena.)

Everyone will agree that taxes should be fair, but what is fair is hard to determine. Your friend inherits a high income-producing property that allows him a lifestyle of leisure and pleasure, whereas you earn your living on the factory floor through hard work. Assuming your incomes are equal, is it fair that your fortunate friend’s tax rate is the same as yours, or should it be higher or lower?

On the surface, someone could argue that, since you work for your income, you should be taxed at a lower rate than your friend, who does not work for his income. Someone else might argue that, on the contrary, your friend should be taxed at a lower rate since his parents have already paid taxes on the income that allowed them to purchase the property. (This question also relates to taxes on dividends.)

The English philosopher and political economist John Stuart Mill took the view that “unless … savings are exempted from income tax, the contributors are twice taxed on what they save, and only once on what they spend.”

Canadian politician and Cabinet Minister Sir Thomas White had it right when he said, “In such experience as I have had with taxation — and it has been considerable — there is only one tax that is popular, and that is the tax that is on the other fellow”.

Personally, I have spent a considerable amount of time on taxation issues. My doctoral thesis was on the financial reforms of Sir Robert Peel, which when implemented in 1842 included the introduction of an income tax as a permanent tax on high income earners. (The top rate was 7%.) At the same time, numerous indirect taxes and import duties were eliminated, which greatly simplified the tax system.

In my humble opinion, the probably fairest tax is a flat tax on incomes (no deductibles such as the interest payments on debts, children allowances, or investment tax credits, and no subsidies for any interest groups) which is levied on all income earners and corporations, churches, missions, charities, pension funds, government officials (and governmental organisations), etc. at a maximum rate of between 10% and 15% per annum (no exceptions).

Naturally, the approximately 49% of taxpayers who pay no federal income tax, as well as the entire industry of lawyers, accountants, and auditors who make a living from a complex tax regime, would object to a flat tax. In terms of indirect taxes, the fairest tax is a value added tax levied on all transactions at a maximum rate of 5%. Regarding property and capital gain taxes, the fairest taxes are most likely no taxes.

I am aware that some readers will consider such a system of taxation to be radical. But I can assure them that, while not perfect, this system would be far fairer and more equitable than the tax system we currently have in most Western democracies, which is so complex and incomprehensible for ordinary people that it requires an army of costly and time-consuming lawyers, accountants, and auditors to calculate the taxes that are owed.

This simplified tax system would also eliminate more than 90% of the IRS’s more than 100,000 employees who have the power to arbitrarily harass people and small business owners ad infinitum, since most of these agents themselves do not have a full understanding of all the tax laws and regulations. (According to an IRS report entitled “Workforce of Tomorrow Task Force: Final Report August, 2009”, the IRS has 88,203 full-time employees, but this number would have increased significantly since then.)

The complexity of the tax system led the recently deceased British economist Barry Bracewell- Milnes, who was a champion of lower taxation (he argued for the abolition of the inheritance tax), to exclaim: “An economy breathes through its tax loopholes.”

It is easy to see that the more tax laws there are, the more corruption there will be. Complex tax laws also hurt small business owners far more than large corporations. The 19th-century British philosopher, individualist, and Member of Parliament Auberon Herbert (he advocated voluntarily funded government and was at times considered to be a libertarian anarchist) observed:

It is the small owner who offers the only really profitable and reliable material for taxation…. He swarms; he is far more tied to his place and calling than the big owner; he has less skill, and ingenuity as regards escape; and he still has a large supply of ‘ignorant patience of taxation’.

I don’t wish to write a thesis on taxation, but there are a few more issues I need to bring up in order to highlight the complexity of the subject. More to come tomorrow…

Ed. Note: Any conversation on the U.S. tax system is, naturally, a lengthy one. And so Marc Faber is wise to give the subject its due diligence, returning with more in tomorrow’s Daily Reckoning email edition. That issue, which hits inboxes around 4 PM tomorrow, will be complete with Mr. Faber’s insightful musings, as well as a special note from the managing editor and at least 3 specific ways to discover real, actionable investment advice, completely free of charge. It’s just a small perk of subscribing to one of the industry’s most influential newsletters. So don’t wait. Sign up for free, right here, and start getting the full story.