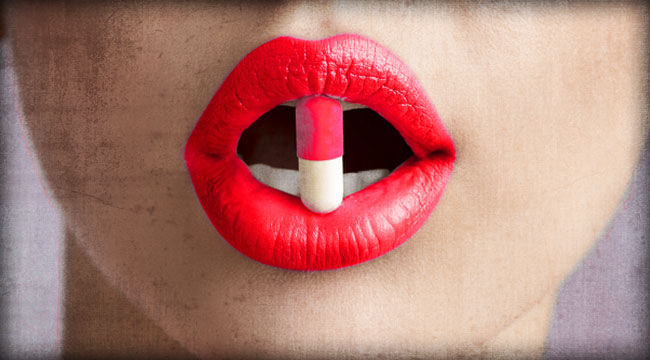 The Seal of Approval that Hurts the General Public

I recently experienced severe pain in my feet, particularly in the big toes. In my imagination it felt like my feet had been run over by a truck and that several of my toes had been broken. But I knew that was not the case, and that the pain came on slowly at first, and then spread to other parts of my feet until I could barely walk.

My first approach was to take some ibuprofen to relieve the pain and swelling. When this did not resolve the matter, I thought perhaps a new pair of soft shoes might work. That idea also failed, and with a little internet research I realized I had a classic case of the gout. I was soon off to see my doctor to determine what the problem was and to get it solved with the powers of modern medicine.

The doctor confirmed that I had the gout. I was not pleased to find out, that in my case, the gout was probably brought on by another drug that I had been taking daily, against my better judgment. However, I was pleased to learn that I would no longer have to take it, that as part of my treatment I was being prescribed an ancient and natural drug, and that I would only have to take this drug “as needed.”

I was off to get my prescription filled at the pharmacy when a thought came to mind: if this drug was as natural and ancient as advised by my doctor, why did I need a prescription in the first place? Upon inspection the prescription was for Colcrys, the brand name of the drug colchicine. Furthermore, when I picked up my prescription the price was much higher than I anticipated given that it was a natural drug. When questioned, the pharmacy technician replied that the actual price was much higher and that my insurance paid for more than three-quarters of the bill. The cash price (without insurance) was $198.99 which is $6.63 per pill if taken daily, or nearly $20 per dose if used to treat flare-ups.

An extremely high price for an ancient natural drug? I knew I had a new case to solve and that the solution was probably the same old answer.

After conducting some research on Wikipedia, I learned the following: Colchicine can be used to treat gout, Behcet’s disease, pericarditis, and the Mediterranean fever. It has been in use as a medicine for over 3,000 years. After serving as ambassador to France, Benjamin Franklin brought colchicum plants back to America in order to treat his own gout. Modern science has further refined the drug for better medicinal use.

Colcrys has been used to treat gout for a very long time, although the Food and Drug Administration (FDA) had not approved Colcrys specifically for the treatment of gout prior to 2009. Alternative drugs, such as Allopurinal, are also used to treat gout and related ailments. Until recently, you could treat your own gout using one of these medicines for pennies a day.

In the summer of 2009, the Food and Drug Administration approved Colcrys as a treatment for gout flare-ups and the Mediterranean fever. The FDA gave pharmaceutical company URL Pharma an exclusive marketing agreement for selling Colcrys in exchange for completing studies on Colcrys and paying the FDA a $45 million application fee.

This deal effectively created a patented drug with no generic alternative. Therefore it gave the company a monopoly for the duration of the agreement. URL Pharma immediately raised the price from less than a dime to nearly $5 dollars per pill. Comprehensive medical insurance does substantially reduce the price to consumers, but it does not reduce the cost. Insurance only spreads the cost-burden across policyholders.

At the same time, doctors are encouraged by pharmaceutical companies to employ more expensive and profitable treatments. As a result the overall cost burden increases. Evidence suggests that doctors are prescribing Colcrys in large volumes to treat gout flare-ups and as a long-term preventative measure.

Once again government has taken something that was both cheap and beneficial and turned it into a monopoly that hurts the general public and drives up the cost of medical care to the benefit of Big Pharma.

Mark Thornton
for The Daily Reckoning

Ed. Note: Whenever there is a way for people to get cheap and beneficial care, leave it to the FDA to throw up roadblocks. Sadly this isn’t the first time this has happened, nor will it be the last. But there are ways to mitigate the impact of the government on your health care. Sign up for the FREE Laissez Faire Today email edition, and you’ll gain access to an exclusive report showing you a legal way to “opt-out” of Obamacare – not to mention regular updates to discover real, actionable profit opportunities. Don’t wait. Sign up for FREE, right here to get started.

Mark Thornton is a senior resident fellow at the Ludwig von Mises Institute in Auburn, Alabama. He’s also the author of The Economics of Prohibition, coauthor of Tariffs, Blockades, and Inflation: The Economics of the Civil War among other books…