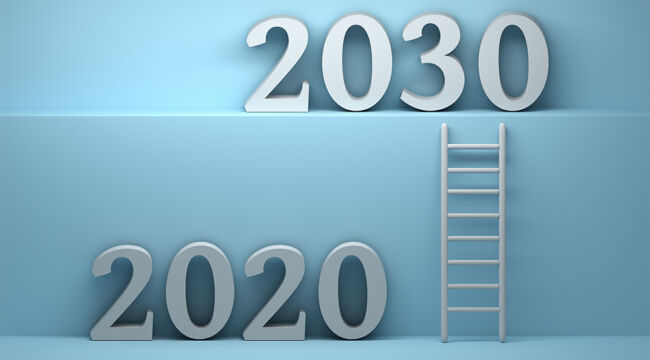 Many people reject the idea of historical cycles due to their imprecision. I understand the appeal of this objection, but it is nonetheless striking that transformative decades tend to manifest in cycles rather than evenly over time.

While there was progress in civil rights and prosperity, the zeitgeist (the look, feel, values, expectations, beliefs, outlook, mood, etc.) of 1959 was not much different from that of 1952: clothing, films, the Cold War, segregation, etc. were identifiably in the same era.

The 1960s were not just tumultuous; the decade was transformative. The civil rights, feminist and environmental movements changed laws, values, culture, politics, society and the economy. Economically, the stagflation of the 1970s was a consequence of changes that occurred in the 1960s, much of it beneath the surface.

In 1969, the popular music from fifty years before (1919) might as well have been the music of a previous century. Yet here in 2022 the music of the late 1960s and early 1970s is still listened to, purchased and influential today, 50+ years later.

Cycles are often the result of the interconnecting forces of wars, economic turmoil, energy/food scarcities and large-scale economic and social forces: the transition from wood to coal, for example, or the mass immigration generated by crop failures and poverty.

The 1920s is another example of a decade of rapid transformation that laid the groundwork for the Great Depression of the 1930s. New freedoms of personal expression made the 1920s different in look and feel from the immediate post-World War I era of 1919-1920.

The 1870s was another decade that transformed economies and societies globally. The investment boom in railroads following the end of the American Civil War, the reparations imposed on France after the Franco-Prussian War of 1870, the end of silver coinage in the U.S., a speculative stock market boom in Europe that crashed in the Panic of 1873 — all these dynamics reinforced each other, leading to a global depression that by some accounts lasted into the 1890s.

Yet despite the failure of railroads and banks and widespread unemployment and suffering, the Second Industrial Revolution continued transforming economies as coal, iron, steel, manufacturing, transport and urbanization all changed the underpinnings of global economies.

The western powers’ industrial expansion drove colonization and reactions to colonization such as the Meiji Restoration of 1868 transformed Japan.

We can of course detect change in every decade of human history, but Lenin’s famous exaggeration (“There are decades where nothing happens; and there are weeks where decades happen”) speaks to the way various dynamics build up beneath the surface, interact with other forces and then burst forth.

Could the world of 2030 look and feel completely different from the world of 2022, which is still coasting on the excesses of the waste is growth Landfill Economy of extreme financialization and globalization?

My guess is yes. Previous cycles emerged from financial excesses of either expansion or contraction, the aftermaths of wars, deep economic changes as energy sources expand (shifts from wood to coal and then to oil) or contract (forests depleted) and climate change (the “years without summer” in the 1630s, etc.).

Though many believe the next energy expansion is starting (fusion or other nuclear power, solar/wind), the practicalities of physics, resource depletion and cost provide little support for these projections.

For example, the U.S. would need to build hundreds of nuclear reactors in the next 20 years to make a dent in hydrocarbon consumption, yet only two reactors have been built in the past 25 years.

There is no evidence that the resources, material and financial, and the political will required to build 500 reactors in the next 20 years are available.

If a massive quantity of wind and solar power is installed over the next 20 years, all the systems that are 20 years old will need to be replaced because they’re worn out. These aren’t renewable, they’re replaceable.

Thus we face an energy contraction at the same time as the extremes of financialization and globalization that have driven expansion unravel.

This unraveling won’t be linear, i.e. gradual and predictable. It will be nonlinear and unpredictable, with apparently modest changes collapsing supply chains and speculative excesses.

Extremes of inequality and repression act as pendulums. Once they reach the maximum endpoint of momentum, they reverse and trace a line to the opposite extreme, minus a bit of friction.

Eras of expansion may be liberating and fun, but there is no guarantee that the liberation and fun will be evenly distributed.

Eras of contraction are rarely fun, and the misery is widely distributed. Whether we like it or not, the era of the waste is growth Landfill Economy is ending in what promises to be a non-linear process.

But that doesn’t mean the eventual result won’t be positive. Tumultuous transformations can set the stage for more widely distributed prosperity and liberation. Some decades are easy and expansive, others are painful but necessary to lay the foundations for future progress. Which will 2022-2030 be? Stay tuned.

Remember, the music of the late 1960s was remarkably different from the music of 1962 — not to mention 1952 or the popular music of fifty years earlier in 1919.