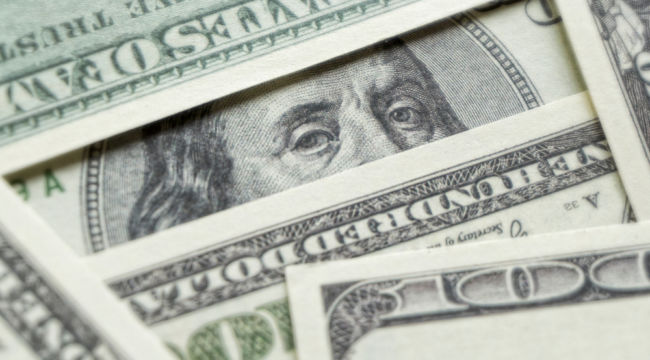 The World Is Ganging up Against the Dollar

The U.S. has been highly successful at pursuing financial warfare, including sanctions. But for every action, there is an equal and opposite reaction.

These efforts are only increasing.

In the past four months, Russia has reduced its ownership of U.S. Treasury securities by 84% and has acquired enough gold to surpass China on the list of major holders of gold as official reserves.

Russia has almost 2,000 tonnes of gold, having more than tripled its gold reserves in the past 10 years. This combination of fewer Treasuries and more gold puts Russia on a path to full insulation from U.S. financial sanctions.

Russia can settle its balance of payments obligations with gold shipments or gold sales and avoid U.S. asset freezes by not holding assets the U.S. can reach.

Of course, Russia is not the only country engaged in financial warfare with the United States. China and Iran are leading examples, but we can also add Turkey to the list after its latest currency crisis.

Russia is providing these and other nations a model to achieve similar distance from U.S. efforts to use the dollar to enforce its foreign policy priorities.

Take China and Iran. China is the second-largest economy in the world and the fastest-growing major emerging market. China has a voracious appetite for energy but has little oil of its own. Iran is a major oil producer, and China is Iran’s biggest customer.

But oil is priced in dollars and dollars flow through the U.S. banking system. Trump’s Iran sanctions make it impossible for China to pay Iran in dollars. If U.S. sanctions prohibit dollar payments for Iranian oil, then Iran and China may have no choice but to transact in yuan (see below for the implications).

Meanwhile, Europe has remained a faithful partner to the U.S. and has gone along with sanctions against Iran, for example.

That’s because European companies and countries that violate U.S. sanctions can be punished with denied access to U.S. dollar payment channels.

SWIFT in the nerve center of the global financial network. All major banks transfer all major currencies using the SWIFT message system. Cutting a nation off from SWIFT is like taking away its oxygen.

The U.S. had previously banned Iran from the dollar payments system (FedWire), which it controls, but Iran turned to SWIFT to transfer euros and yen in order to maintain its receipt of hard currency for oil exports.

In 2013, the U.S. successfully kicked Iran out of SWIFT. This was a crushing blow to Iran because it could not receive payment in hard currencies for its oil.

This pushed Iran to the bargaining table, which resulted in the Iran nuclear deal with the U.S. and its allies in 2015. Now Trump has negated that U.S.-Iran deal and is putting pressure on its allies to once again refuse to do business with Iran.

And Congress is again pushing to exclude Iran from SWIFT as part of a sanctions program.

The difficulty this time is that our European allies are not on board and are seeking ways to keep the nuclear deal alive and work around U.S. sanctions.

In the short run, the U.S. is likely to enforce its sanctions rigorously. European businesses will probably go along with the U.S. because they don’t want to lose business in the U.S. itself or be banned from the U.S. dollar payments system.

But in the longer run, this is just one more development pushing the world at large away from dollars and toward alternatives of all kinds, including new payment systems and cryptocurrencies.

It’s also one more sign that dollar dominance in global finance may end sooner than most expect. We are getting dangerously close to that point right now.