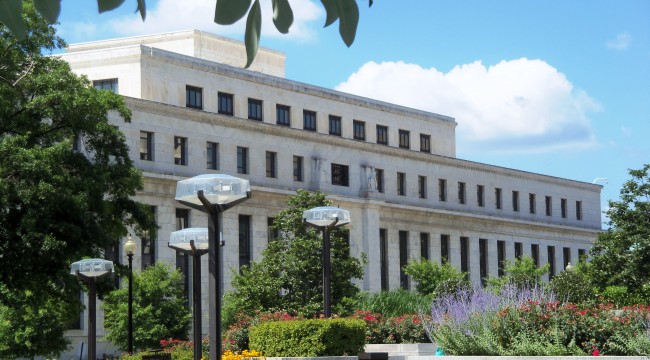 The Warren Buffett Economy—Why Its Days Are Numbered (Part 5)

If Warren Buffett and his ilk weren’t so hideously rich, main street America would be far more prosperous. I must hasten to add, of course, that this proposition has nothing to do with the zero-sum anti-capitalism of left-wing ideologues like Professors Piketty and Krugman.

Far from it. Real capitalism cannot thrive unless inventive and entrepreneurial genius is rewarded with outsized fortunes.

But as I have demonstrated in Parts 1, 2, 3 and 4, Warren Buffett’s $73 billion net worth, and numerous like and similar financial gambling fortunes that have arisen since 1987, are not due to genius; they are owing to adept surfing on the $50 trillion bubble that has been generated by the central bank Keynesianism of Alan Greenspan and his successors.

The resulting massive redistribution of wealth to the tiny slice of households which own most of the financial assets is not merely  collateral damage. That is, it is not the unfortunate byproduct of continuous and extraordinary central bank “stimulus” policies that were otherwise necessary to keep the USD economy off the shoals and the GDP and jobs on a steadily upward course.

Just the opposite. The entire regime of monetary central planning is a regrettable historical detour; it did not need to happen because massive central bank intervention is not necessary for capitalism to thrive. Contrary to the prevailing statist presumption, the free market does not have a death wish; it is not perennially slumping toward underperformance and depressionary collapse absent the deft ministrations of the fiscal and monetary authorities.

To appreciate this we need to turn back the clock by 100 years — to the early days of the Fed and ask a crucial question. Namely, what would have happened if its charter had not been changed by the exigencies of Woodrow Wilson’s foolish crusade to make the world safe for democracy?

The short answer is that we would have had a banker’s bank designed to provide standby liquidity to the commercial banking system. Moreover, that liquidity would have been generated not from fiat central bank credit conjured by a tiny posse of monetary bureaucrats, but from self-liquidating commercial collateral arising from the decentralized production of inventories and receivables on the main street economy.

Accordingly, there would have been no central bank macro-economic policy or aggregate targets for unemployment, inflation, GDP growth, housing starts, retail sales or any of the other litany of incoming economic metrics. The level and rate of change in national economic output and wealth would have been entirely the passive outcome of interaction on the free market of millions of producers, consumers, savers, investors, entrepreneurs, inventors and speculators.

Stated differently, Washington’s monetary authorities would have had not dog in the GDP hunt.  Whether the macro-economy slumped or boomed and whether GDP grew by 4%, 2% or -2% would have been the collective verdict of the people, not the consequence of state action.

That is a crucial distinction because it means that the Fed would not have ventured near the canyons of Wall Street nor have had any tools whatsoever to falsify financial market prices. Speculators wishing to ply the carry trades and arbitrage the yield curve — that is, make money the way most of Wall Street does today — would have done so at their own risk and peril. Indeed, the infamous “panics” of the pre-Fed period usually ended quickly when the call money rate — the overnight money rate of the day — soared by hundreds of basis points a day and often deep into double digits.

Free market interest rates cured speculative excesses. The very prospect of a 27-year bubble which took finance (credit market debt outstanding plus the market value of non-financial corporate equities) from $7 billion to $93 billion, as occurred between 1987 and 2015, would not have been imaginable or possible. The great speculators of the day like Jay Cooke ended up broke after 10 years, not worth $73 billion after three decades.

Notwithstanding the inherent self-correcting, anti-bubble nature of the free market, defenders of the Fed argue the US economy would be forever parched for credit and liquidity without the constant injections of the Federal Reserve. But that is a hoary myth. In a healthy and honest free market, credit is supplied by savers who have already produced real goods and services, and have chosen to allocate a portion to future returns.

In Part 6, the difference between fiat credit and honest savings will be further explored. It is the fundamental dividing line between bubble finance and healthy capitalist prosperity.

Needless to say, the claim that the economy would be worse off if it was based on real savings rather than central bank credit conjured from thin air is the Big Lie on which the entire regime of monetary central planning is based. It is also the lynchpin of the Warren Buffett economy. Stay tuned…

P.S. I originally posted this series, right here, at my Contra Corner blog.