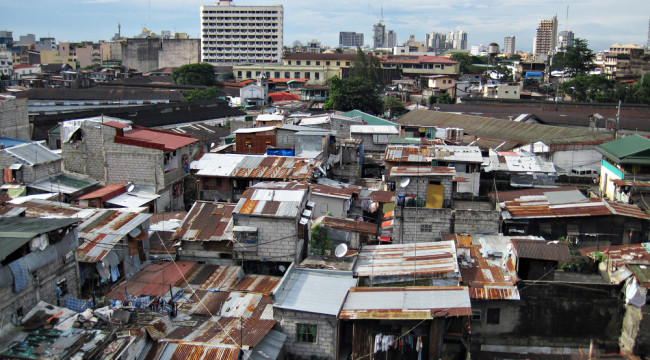 The United States: A Third World Economy in 20 Years

According to the Bureau of Labor Statistics (BLS), September brought 148,000 new jobs, enough to keep up with population growth but not reduce the unemployment rate. Moreover, John Williams (shadowstats.com) says that one-third of these jobs, or 50,000 per month on average, are phantom jobs produced by the birth-death model that during difficult economic times overestimates the number of new jobs from business startups and underestimates job losses from business failures.

The BLS reports that 22,000 of September’s jobs were new hires by state governments, which seems odd in view of the ongoing state budgetary difficulties.

In the private sector, wholesale and retail trade produced 36,900 new jobs, which seems odd in light of the absence of growth in real median family income and real retail sales.

Transportation and warehousing produced 23,400 new jobs, concentrated in transit and ground passenger transportation. This also seems odd unless the price of gasoline and pinched budgets are forcing people onto public transportation.

Professional and business services accounted for 32,000 jobs of which 63% are temporary help jobs.

So here you have the job picture that the presstitutes, hyping “the jobs gain,” don’t tell you. The scary part of the September job report is that the usual standby, the category of waitresses and bartenders, which has accounted for a large part of every reported jobs gain since I began reporting the monthly statistics, shows job loss. Seven thousand one hundred waitresses and bartenders lost their jobs in September. If this figure is not a fluke, it is bad news. It signals that fewer Americans can afford to eat and drink out.

The unemployment rate that is reported is the rate that does not count as unemployed discouraged workers who are unable to find jobs and cease to look. This favored rate, the darling of the regime in power, the presstitutes, and Wall Street, also is not adjusted for the category of “involuntary part-time workers,” those whose hours have been cut back or because they are unable to find a full-time job. Obamacare, as is widely reported, is causing employers to shift their work forces from full time to part time in order to avoid costs associated with Obamacare. The BLS places the number of involuntary part-time workers at 7,900,000.

The announced 7.2% unemployment rate is a meaningless number. The rate can decline for no other reason than people unable to find jobs drop out of the work force. You are not counted in the work force if you are discouraged about finding a job and no longer look for a job.

The phenomena of discouraged workers shows up in the measure of the labor force participation rate, which has declined in the 21st century. The opportunities for American labor are so restricted that a rising percentage of the working age population have given up looking for jobs.

Yet, the Obama regime, the Wall Street gangsters, and the pressitute media tell us how much better the economic situation is becoming as more small businesses close, as memberships decline in golf clubs, as more university graduates return home to live with their parents, who are drawing down their savings to live, as Fed Chairman Bernanke has made it impossible for them to live on interest payments on their savings.

According to the US census bureau, real median household income in 2012 was $51,017, down 9% from $56,080 in 1999, 13 years ago. In contrast, annual compensation in 2012 for US CEOs broke all records. Two CEOs were paid more than $1 billion, and the worst paid among the top ten took home $100 million. When the presstitutes speak of economic recovery, they mean recovery for the one percent.

America is in the toilet, and the rest of the world knows it. But the neocons who rule in Washington and their Israeli ally are determined that Washington start yet more wars to create lebensraum for Israel.

Early in the 21st century the liberal Democrat Senator from New York, Chuck Schumer, and I coauthored an article in the New York Times about the adverse effects on the US economy of jobs offshoring. The article caused a sensation. The Brookings Institution in Washington quickly convened a conference which was covered by C-SPAN. C-SPAN rebroadcast the conference several times. During the conference I said that if jobs offshoring continued, the US would be a third world economy in 20 years.

Wall Street quickly shut up Senator Schumer, but I am sticking by my forecast. Indeed, I think we are already there.

Note: This was excerpted from ‘As Ye Sow, so Shall Ye Reap’ over at the Institute for Political Economy.

P.S. The future is uncertain, and there are signs out there that things might get worse in the coming years. When markets take a nose dive, most will lose money. That’s why The Daily Reckoning email is delivered every single day to over half a million readers from all over the world. It’s designed specifically to keep you informed on all the most important investment stories currently facing the markets… and offers you several chances to discover real, actionable profit opportunities for yourself. Signing up is completely free, and comes with absolutely no obligation. So you’ve got nothing to lose. Click here now to sign up for FREE.