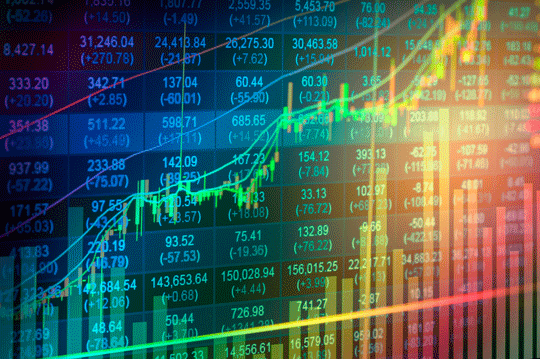 The Truth Behind the Latest GDP Report

Today we return to bedrock economics… and consider “the seen versus the unseen.”

Combined with the second quarter’s 4.2%, the results are the strongest consecutive quarters in four years.

In all, Commerce Department data reveal the U.S. economy has expanded at nearly 3% since April last.

All told, government spending accelerated 2.5% in the second quarter and 3.3% last quarter.

But like a Hollywood movie set… a false set of teeth… or a smile on Hillary Clinton’s face… the GDP numbers are not as they appear.

The Government Has no Resources of Its Own

We proceed from a basic premise:

Government commands no resources of its own.

Before it can lay out one slender dime for guns, butter or circuses, it must first draw upon two pools of resources — taxes or credit.

It is a cat without claws, a shark without teeth, a cop without a nightstick.

Government seizes its dollar in tax by sticking a gun in the citizen’s ribs.

But the same circumstances obtain with a dollar the government borrows. It is merely a robbery delayed, a theft at one remove.

It is true, the dollar borrowed appears more benign than the dollar taxed.

The government does not directly assault the citizen. It rather appears before the credit markets with an empty hat, requesting money.

But do not forget, the borrowed dollar must be repaid — with interest.

The citizeln once again must raise his hands… and surrender his dollar to service the debt.

That is, he pays now in taxes or he pays later in taxes.

Either way… he pays.

Who Decides the Best Way to Spend a Dollar?

Assume the taxed or borrowed dollar funds the nation’s defenses, as in the case at bar.

It goes toward the purchase of new ships, new planes, new tanks.

Here is what you will not see:

The ways in which the private citizen would have put his dollar to use — if it had not been taxed away from him.

His dollar may have gone toward the purchase of a sandwich for the corner bum.

That is, this fellow’s dollar would have served a private want or need… and added to GDP in some small way.

The bank may have loaned his dollar to a promising business. The dollar he invested today may have yielded him $2 in the future.

But the dollar presently under consideration has been conscripted into national service. It is unavailable to meet these private wants.

The Pentagon’s shining new playthings you can see. The sandwich for the homeless fellow you cannot… because it was never made.

Multiply our theoretical tale by millions and the meaning of “opportunity cost” becomes clear enough.

The Seen Versus the Unseen

Thus we come to the central theme of Henry Hazlitt’s classic Economics in One Lesson — the seen versus the unseen.

To drill his point through, Hazlitt employs the example of a tax-financed bridge:

It has come into being through the magic of government spending… The country would have been just that much poorer [without it]. Here… the government spenders have the better of the argument with all those who cannot see beyond the immediate range of their physical eyes. They can see the bridge. But if they have taught themselves to look for indirect as well as direct consequences, they can once more see in the eye of imagination the possibilities that have never been allowed to come into existence. They can see the unbuilt homes, the unmade cars and radios, the unmade dresses and coats, perhaps the unsold and ungrown foodstuffs.

But the mass of men lack the eyes of the imagination:

To see these uncreated things requires a kind of imagination that not many people have. We can think of these nonexistent objects once, perhaps, but we cannot keep them before our minds as we can the bridge that we pass every working day. What has happened is merely that one thing has been created instead of others.

Just so. But how about a grand national project like the Norris Dam, constructed by the Tennessee Valley Authority during the Great Depression?

It gave needful employment to thousands of souls… and provided power to an entire region.

Certainly it was worth the taxpayer’s sacrifice.

We must apply the same reasoning, once more, to great projects like the Tennessee Valley Authority. Here, because of sheer size, the danger of optical illusion is greater than ever. Here is a mighty dam, a stupendous arc of steel and concrete, “greater than anything that private capital could have built”… the most often used symbol of the miracles of public construction, ownership and operation… Here is a whole region… lifted to a higher economic level, attracting factories and industries that could not otherwise have existed.

But once again, we must use the eyes of the imagination to glimpse the unseen:

But this time we need a special effort of the imagination, which few people seem able to make, to look at the debit side of the ledger. If taxes are taken from people and corporations, and spent in one particular section of the country, why should it cause surprise, why should it be regarded as a miracle, if that section becomes comparatively richer? Other sections of the country, we should remember, are then comparatively poorer.

The thing so great that “private capital could not have built it” has in fact been built by private capital — the capital that was expropriated in taxes (or, if the money was borrowed, that eventually must be expropriated in taxes). Again we must make an effort of the imagination to see the private power plants, the private homes, the typewriters and television sets that were never allowed to come into existence because of the money that was taken from people all over the country to build the photogenic Norris Dam.

Hazlitt does not argue a case against necessary public spending. Nor do we.

The bridge must be built. The dam may justify the public wherewithal that funded it.

If the new ship, the new plane, the new tank are vital for the national defense, then let us have them.

But let us go into it all with open and knowing eyes.

The publicly funded bridge, dam, ship, plane and tank must not be regarded as agents of economic salvation.

We must use the imagination’s eye to view the countless goods and services denied existence because of them… and the human needs unmet as a result.

The seen versus the unseen — it is a lesson the nation would do well to recall.