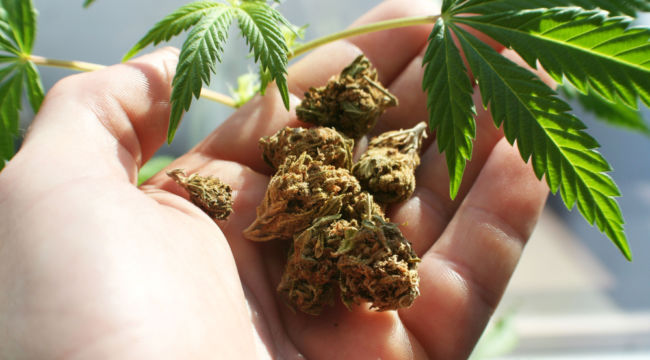 An increasing number of states that have legalized medical-use marijuana, adult-use marijuana, or some combination of the two. But many in the mainstream media, and on Wall Street, continue to believe investing in pot is about getting high.

It’s time to set the record straight because investing in cannabis has absolutely nothing to do with getting high!

Today I’ll be discussing my top three reasons why every investor should allocate at least a small portion of their investable assets to the cannabis industry.

The reasons I believe you should invest in the green revolution are as follows:

So without further ado, let me show you why cannabis is where you should put your money…

According to the research firm Euromonitor – the American cannabis market will grow from an estimated $5.4 billion in 2015 to an impressive $20 billion by next year.

And Euromonitor’s optimistic views aren’t out of line with the views of other research firms.

Market research firm Cowen has gone on record with its view that the American market could reach $75 billion by 2030.

Now, while early investors will no doubt make enormous fortunes if the cannabis industry grows to $75 billion over 11 years, I believe the market could grow even larger.

You see, most industry observers are only considering the uses of cannabis that we know of today. But like the internet in the mid-1990s, it’s just too soon to know how the cannabis industry will mature and ultimately unfold.

It’s even possible that we haven’t even identified the most profitable use for cannabis.

While cannabis users may love the plant for its healing, therapeutic, or relaxing effects, investors should recognize it as an untapped gold mine!

The bottom line is we’re in the very early days of a new industry that has tens of millions of potential customers in the U.S. alone, and billions-of-dollars in sales just waiting to be scooped up.

While anyone who pays even a little attention to the stock market knows about the green revolution unfolding in the U.S, I’m laser-focused on identifying investment opportunities. That way I can share them with my readers before they’re highlighted in The Wall Street Journal or on CNBC.

You see, to maximize your investment returns, you must be adequately invested before the story is shared with the investing masses on the front-page of every newspaper in America. That means investors need to identify industry catalysts, and then put their money to work in select companies before those catalysts are made public.

Look, we know with near 100% certainty that the U.S. government will eventually decriminalize the use of cannabis. And we know that banking reform will liberalize existing rules against cannabis.

Now, when banking reform is passed, the floodgates will burst open with banks wanting to lend cannabis companies money, and institutional investors wishing to snap up stock as quickly as possible (more on this below).

The bottom line is the catalysts are coming.

Investors that wait for the dust to clear, legislation to pass, and CNBC to report on the enormous stakes that significant institutions have taken in the United States’ multistate cannabis operators will be forced to pay a sky-high price for shares.

By focusing on the most successful U.S. cannabis companies and investing ahead of the crowd that is waiting for the legislative all-clear signal, you will be pre-positioned when the masses are only beginning to invest.

When it comes to Wall Street, sentiment is enough to move markets. And while it may seem like there’s a world of difference between Wall Street and the Washington, D.C., beltway, there isn’t. Politicians, like Wall Street analysts, are heavily influenced by public sentiment.

In April, a new Hill-HarrisX poll was released showing that 84% of Americans now support some form of marijuana legalization. It doesn’t take a high-ranking political operative to figure out that when 84% of voters support something, you can bet politicians are paying attention.

The dramatic rise in public opinion surrounding cannabis also explains why virtually every serious Democratic candidate for the 2020 elections supports marijuana legalization. Many Republicans are also on board.

Yes, investing in cannabis is going to resemble the wild west over the next 1-2 years. But it’s that lack of certainty and regulation that actually provides marijuana investors with massive profit potential.

Below, I show you why you should invest in the “true” Green Revolution. And I’m not talking about green energy. Read on.

Invest in the True Green Revolution

Twenty years ago, the only people making money from marijuana were stone-cold criminals.

These guys smuggled narcotics across a national border, made deals with cartels and sold drugs on the street. And every dime they made had to be laundered through phony businesses to keep the heat off their backs.

Today, I can make quick and easy money from marijuana, sitting at my computer in my pajamas. And it’s all 100% legal. No drug mules, no police — just a click of a button.

Now, before you get the wrong idea, I’m not talking about selling pot, using it or even living in one of the growing number of pot-friendly states. You can do this from anywhere in the U.S. All you need is a laptop and access to a trading account. I’m talking about the growing sector of the stock market that’s dedicated to legal pot.

I’m talking about medical marijuana companies, legal growers and even gardening companies who are getting in on the marijuana-growing boom.

Yes, I believe cannabis — specifically U.S.-focused cannabis companies — are set to explode higher in 2019 and beyond. I don’t know if you were investing in the mid-1990s — but I was and it was a magical time.

Companies like Netscape, AltaVista, CMGI, and WebMD captured the imaginations of investors, and Wall Street rewarded these companies — and others like them — with multi-billion-dollar valuations.

Now, there’s no denying that the internet revolution was a once-in-a-lifetime event. And when technology stocks came crashing to the ground in mid-2000, I assumed that was it. I’d never see an investment opportunity that massive ever again.

But I was wrong.

You see, we are facing the end of cannabis prohibition in the United States. And like the internet revolution, this too is a once-in-a-lifetime investment event.

Unfortunately, many investors hear the word marijuana and immediately shut down. They’ve grown up listening to how horrible cannabis is, and viewing it as a dangerous drug with no medical value. They can’t handle the idea of investing in a product that is both federally illegal and responsible for landing thousands of Americans in prison.

Simply put, many on Wall Street will miss out on this investment opportunity because they’re either incapable or unwilling to look beyond today’s federal cannabis policy — which is tragically out of step with popular opinion — and position their portfolio for where federal policy will be in the near future.

Now, I want you to try and wrap your head around a few numbers.

Legal U.S. recreational and medical cannabis generated $10.4 billion in 2018. However, that only represents sales made in state-legal cannabis enterprises. If we account for the estimated black market demand, that figure jumps up to an astounding number somewhere between $50 billion and $55 billion!

With bipartisan federal and state-level political support for cannabis legalization, public opinion that is already heavily in favor of reform, and support from the banking, alcohol and tobacco, professional sports, and banking industries — there’s no question that full-scale federal legalization is right around the corner.

Now, it’s no secret that the biggest challenge facing the legal U.S. cannabis industry today is access to banking services.

You see, because cannabis remains illegal under the Federal Controlled Substances Act, banks and credit unions are understandably scared to do business with or extend credit and banking services to state-licensed cannabis companies.

And without access to banking services, state-licensed cannabis companies are forced to operate on a cash-only basis.

While cannabis is illegal at the federal level, any bank providing traditional banking services to a legal cannabis company could be accused of money laundering and aiding and abetting federally-illegal operations.

The takeaway is that without a cannabis-related banking solution at the federal level, most U.S. cannabis companies will be forced to remain predominantly cash-only operations.

Senator Jeff Merkely (D-OR) and Rep. Ed Perlmutter (D-CO) introduced the Secure and Fair Enforcement (SAFE) Banking Act in May 2017 to both legitimize the burgeoning cannabis industry, and to establish a framework of banking rules for cannabis companies operating under state-legal guidelines.

Unfortunately, the 2017 version of the SAFE Banking Act failed to see the light of a committee hearing.

But on February 13, 2018, the House Financial Services’ Subcommittee on Consumer Protection and Financial Institutions held the first ever congressional hearing on the issue of cannabis banking.

And an underpublicized Congressional subcommittee held a hearing this March on providing safe harbor — via the SAFE Banking Act of 2019 — for banks wanting to work with legal cannabis businesses in the U.S.

A vote on the SAFE Banking Act of 2019 could happen by the end of June. The fact that it managed to get this critical piece of legislation in front of the House Financial Services subcommittee is a HUGE positive for the cannabis industry.

And with public opinion blowing heavily toward legalization at the federal level, our elected leaders in Congress finally realize they must come out from the shadows and do their job!

Just the fact that legislation is finally being discussed is a momentous step in the right direction.

“We listened to hours of testimony today about the dangerous position we put store owners and employees in by forcing them to do all of their business in cash. We can fix this. We don’t have to force them to operate in a way that makes it difficult to secure and track their funds. Regardless of our views of marijuana use, the voters have decided in states all over this country that they want recreational and medicinal markets. To continue to do nothing to protect public safety would be negligence.”

I’ll continue to monitor any developments with the SAFE Banking Act. I’m very excited about any future developments in the legalization of cannabis at the federal level. Again, there could be a vote by the end of June.

“We the people are the rightful masters of both Congress and the courts.”

And I believe the day is finally coming when the views of most Americans will be heard, and the cannabis industry will be permitted to emerge from the shadows and dark alleyways and operate in full government-sponsored daylight.

The pieces are in place for cannabis to emerge as the next great growth sector. And the fact that marijuana is still illegal at the Federal level in the U.S. provides traders with a significant catalyst to invest around.

America’s budding pot market is the BEST way for an average American to get rich right now.

There is a so much momentum building, from the individual states to the halls of Washington, D.C.

Right now, most mainstream investors don’t know how to read the signals. But it won’t be long before they catch on — which is why I recommend you move on this opportunity right now.