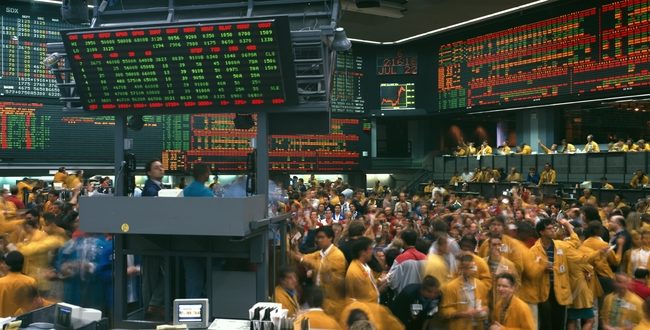 The Tragic Logic of Mercantilism

My readers are familiar with my thesis that the world responds to a situation of too much debt and not enough growth with first currency wars, then trade wars and finally shooting wars.

Currency wars begin in a condition of too much debt and not enough growth. Countries steal growth from their trading partners by cheapening their currencies to promote exports, discourage imports, import inflation and increase their GDP.

This works in the short run but always fails in the long run because of retaliation when trading partners respond to devaluation by devaluing their own currencies.

The currency wars are eventually followed by trade wars in which countries try to improve GDP by raising tariffs on imports from trading partners.

Trade wars fail for the same reasons as currency wars — retaliation. Tariffs are met with countertariffs until world trade contracts and the entire world is worse off.

Trade wars are not limited to tariffs and reduced trade. As with any war, there is a lot of collateral damage.

Finally come the shooting wars, which actually do improve growth through war manufacturing and post-war rebuilding but at a very high cost in death, destruction and war debt.

This pattern occurred in the 1920s and 1930s and seems to be happening again.

The China-U.S. trade war is not a short-term bit of posturing. It is serious, dangerous and will get worse before it gets better. Let’s hope that the historical segue into shooting wars does not occur this time.

But a trade war does not have to lead to a shooting war to be devastating. A financial crisis is a distinct possibility.

It’s also the case that each crisis is bigger than the one before and requires more intervention by the central banks. In the next crisis, possibly soon, the central banks themselves will need to be bailed out, probably by the IMF.

Knowing this economic history is useful, but can investors actually see the next crisis coming in time to react? The answer is “yes” if you’re looking in the right places and listening to the right voices. Right now, the voices warning of financial collapse are no longer from the fringe — they’re from the heart of the global power elite.

The chancellor of Germany, Angela Merkel, part of the G-20 and G-7 leaders’ summits, has warned that current trade disputes are “taking on the contours of a trade conflict,” and says, “It’s worth every effort to try to defuse this so that this conflict doesn’t become a war.” Merkel is not alone.

Global financial elites, including the IMF’s Christine Lagarde and financial guru Mohamed El-Erian, have also warned about the potential for another financial crisis if currency war and trade war issues are not soon resolved.

Merkel, Lagarde and El-Erian are not fringe player or bloggers. They are the global financial elite. If they’re concerned about financial stability, maybe you should be concerned also.

Preparation means 10% percent of your investable assets in gold or silver and another 30% in cash. That allocation will preserve wealth and provide dry powder for bottom-fishing in the crisis to come.