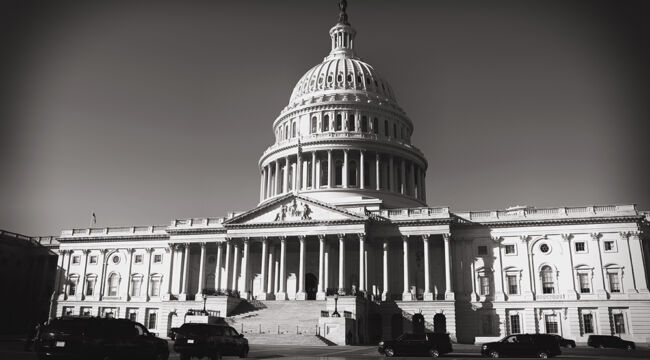 “For the second time this fall, the Senate’s proud king of obstruction is caving to the Democrats.”

This we learn from The Atlantic magazine. Who precisely is the Senate’s “proud king of obstruction”… who has twice caved to Democrats this fall?

He is none other than Senate Minority “Leader” Mitchell McConnell — senior senator from the Bluegrass State of Kentucky. The Atlantic:

Two months ago [yesterday], Mitch McConnell sent President Joe Biden a letter containing a warning so important that he repeated it three times in five paragraphs. The Senate Republican leader vowed that he would “not be a party to any future effort” to help Democrats lift the debt ceiling — a necessary step that Congress must take to avoid an economically damaging default.

Yet two months on, the same Senate Minority Leader McConnell is party to an effort to help Democrats lift the debt ceiling:

In the Best Interest of Republicans

If they cannot spend they can scratch no backs. They can grease no palms.

They cannot sugar their corporate donors.

As an American patriot in whose veins course the reddest blood, our sole concern is the nation’s welfare — general and otherwise.

And we believe the nation is sunk far too deeply in debt as the situation stands. We would empty out red ink rather than pump in more.

Sen. McConnell and his brethren and sistren… with their backbones of goosh and their bellies of jelly… are pumping more in.

The Swamp Strikes a Deal

The “deal” is a masterwork of parliamentary wizardry, a wonder of procedural gimmickry.

That is, it is humbug, it is bafflegab, it is brummagem.

It is eyewash, it is bosh, it is tosh.

It is bamboozling, it is duping, it is hoodwinking, it is wool-pulling.

In one word… it is politics.

Majority Leader Chuck Schumer and Minority Leader Mitch McConnell have agreed to a classic, albeit craven, “uniparty” scheme. As part of a larger bill to stave off scheduled cuts to Medicare spending, the House and Senate will agree to a provision that sets up a special, one-time, filibuster-exempt, 51-vote resolution to raise the debt ceiling.

To put it more specifically, at least 10 Republicans will vote with Democrats to provide the 60 votes necessary to pass the Medicare legislation, which provides for a privileged resolution that circumvents the filibuster and allows Democrats to raise the debt ceiling with just 51 votes.

For a time, Senate Republicans demanded Democrats use reconciliation procedures to pass the debt ceiling — a strategy they would stick to if they were serious about making Democrats go it alone.

But in establishing a one-off exception for the debt ceiling, McConnell will not only have made it far easier for the debt ceiling to be raised with Republican support, but he will also have given Democrats a politically preferential precedent to demand similar filibuster carveouts in the future — for climate change, gun control, amnesty, take your pick.

All of this, remember, is simply to create the illusion that Senate Republicans are opposed to raising the debt ceiling, to cloak their true motivation behind layers of Senate procedure they’ll deem too complicated for you to understand.

We are only surprised that any can be surprised.

Sen. McConnell first blinked his bespectacled blue eyes in October. That is when he stamped an agreement to fund the federal government through Dec. 3.

The first eye-blink was merely prelude to this, the second eye-blink.

With the pleasure of repeating ourself… here is an excerpt from Oct. 7’s reckoning:

Of course, Congress would never permit an authentic government shutdown. One fellow attempts to seize concessions from the other… to make him blink first. The other pursues an identical strategy. But they come to terms by the fatal hour.

The political combat before us is thus reduced to spectacle, a professional wrestling bout with its false feuds, artificial blows and imitation blood. The outcome is pre-decided.

You will be treated to the identical show in December, when the present arrangement terminates — depend on it…

We expect additional eye-blinking… and from the identical Senate minority leader.

The Triumph of the Uniparty

And so it has come to pass. Sen. McConnell has blinked his eyes — and he has closed his eyes to the staggering debts he is helping place upon the nation’s straining back.

But as things pertain to borrowing and spending, Republicans and Democrats are as united as any lovers could ever be.

This we have just witnessed.

Thus he concluded that “bipartisanship” yields outcomes both evil and stupid.

We believe his conclusion has juice in it.

The Purpose of Republicans

But Republicans traditionally existed for two purposes: to lower taxes and to square the ledgers.

You wished to spend money you did not have? And throw open the Treasury to the public?

“No!” was the thunderous answer you could expect.

Like a sour, scowling schoolmarm with steel in her eye and a rattan in her hand… they might not have been popular.

But you knew where they were. And you could trust them with the checkbook.

But these Republicans are no more. They are gone as fedoras, monocles, bowties and spats are gone.

They turned away from their old-time fiscal religion, made their peace with Big Government… and got elected.

They sat down beside Mr. Arthur Laffer and his famous curve.

Deficits did not matter in the new catechism.

Only a few Republican holdouts remain to keep the tablets.

Sold Down a River

Thus fiscal responsibility lies dead beneath several feet of earth, dead beyond all hope of recall.

And so today we drop another tear upon its lonesome, desolate and unvisited grave.

But they have since sold the pass.

And both parties have sold us all down a river…