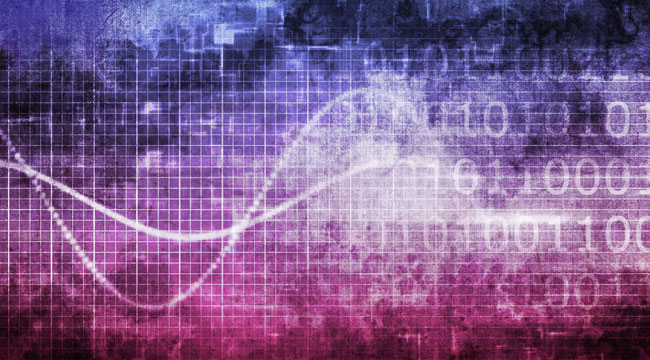 “Absolutely first-rate when it comes to spotting big-picture trends before they come into focus.”

He’s (still) right. And since we’re all about spotting big trends early, Meeker is worth our attention.

Each year, she delivers her highly anticipated “State of the Web” presentation – and did so at the D11 Conference last week.

If you missed it, or don’t have time to sit through 117 slides, I’m going to give you the CliffsNotes version.

~ Tech Stat #1: The Internet is Everywhere… or Not!

Given the ubiquity of high-speed internet access in the United States, it’s easy to assume that everyone enjoys the same convenience.

With seven billion people in the world, we’re talking about a penetration rate of just 34%.

And here’s the real shock…

The country with the fastest-growing internet population is… Iran. Last year, the number of users there surged by 205%.

At the other end of the scale, India is the most under-served country, with only 11% of its population using the internet.

The takeaway: Bringing the web to those billions of people without it should provide ample growth for telecoms and wireless carriers for years.

For those of us who do have the internet, we all love it at high speed. And we want access to it on our mobile phones wherever we go.

These stats prove it…

Today, however, it accounts for a whopping 15%. And the trend suggests that number will be close to 30% by the end of next year.

But there’s a problem…

The takeaway: There’s no way for telecoms to keep up with demand for mobile broadband connectivity without small-cell technology.

~ Tech Stat #3: Get Ready for a Mobile Advertising Boom

How about this for a disconnect?

We spend 12% of our time on mobile devices… yet only 3% of total advertising spending is allocated to the medium.

So despite the almost overnight increase from zero to roughly $4 billion spent on mobile advertising, spending needs to dramatically increase even more.

The takeaway: Advertising ultimately follows eyeballs. Which is why we dubbed mobile advertising one of our Top Technology Trends for 2013.

Here’s another fascinating tidbit from the chart: The average American spends more time listening to the radio (14%) than reading a newspaper or magazine (6%). So yes… print is dead.

~ Tech Stat #4: We’re All a Bunch of Co-Dependents

Of the top 10 internet sites in the world (as measured by unique monthly visitors), eight of them are American-owned companies.

Yet 81% of the users responsible for all this traffic come from outside the United States.

The takeaway: This proves that globalization is in full force. But we need the rest of the world just as much as they need us. At least when it comes to the internet.

The amount of digital information created and shared in the world increased nine-fold in just five years – to almost two zettabytes by the end of 2011.

But the growth isn’t over. By 2015, data creation and sharing is expected to almost quadruple.

The takeaway: The more data the world creates, the more storage we consequently need. And the more data we have stored, the more analysis we can do.

So there are two ways to profit from the growth – storage and analysis.

I’m bullish on the long-term prospects for Splunk (SPLK), Fusion-io (FIO) and Crossroads Systems (CRDS). Especially since each one is an attractive takeover target for cash-flush, blue-chip technology companies.

Forget being diagnosed with an incurable disease. Or being accidentally exposed to an insane amount of carcinogens. Or being genetically predisposed to an illness. Or even getting bad medical care.

If you die prematurely, it’s behavioral. In other words, it’s your fault.

The takeaway: First, don’t kill the messenger! And don’t focus too heavily on cutting-edge medical devices that promise to save the world from death. Turns out, we’re our own best defense.

Amazon Wants to Suck Your Blood (and Drain Your Bank Account)

What if this generation’s biggest blood-sucker isn’t Wall Street’s evil banks, but the world’s most prolific e-commerce company? Today, Greg Guenthner explains why Amazon is after your bank account, and what to expect next…