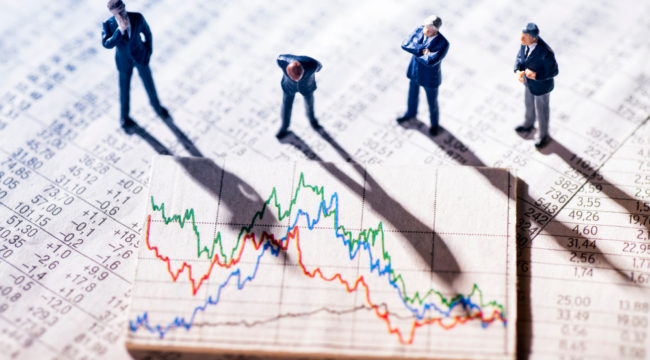 "The Selling Has Just Begun"

“The selling has just begun,” panics Morgan Stanley, “and this correction will be the biggest since the one we experienced in February.”

“The most important trade of the past decade is now reversing,” shrieks Charlie McElligott, head of Nomura’s cross-asset strategy.

Since last Friday the S&P technology sector lost $350 billion of artificial wealth… swept away to the Land of Wind and Dust, the graveyard of illusions.

Facebook has absorbed the heartiest slating of the bunch.

Twitter, with disappointing second-quarter earnings of its own, follows.

If you wish to understand the outsized market influence of technology stocks, consider:

It is true — our agents confirm it.

Ten stocks alone account for 100% of the S&P’s yearly gains — and six of these wagon-pullers have been technology stocks.

Rarely before, we conclude, have so many investors… owed so much… to so few stocks.

But what if these market supporters crack under the strain and throw off the burden of leadership?

Will anyone carry the standard forward?

Of chief concern to many analysts is the strategy of “passive investing.”

Much of Wall Street has poured into these stocks… sat back on its oars… and let the current take markets to record highs.

But the danger is this:

When the tide recedes… it recedes.

And the same handful of stocks can wash the market out to sea, quick as a wink.

Panic selling begets panic selling, and where it ends is an awful mystery.

Or as analysts Lance Roberts and Michael Lebowitz of Real Inv​estment Adv​ice style it:

Importantly, as prices decline it will trigger margin calls, which will induce more indiscriminate selling… As investors are forced to dump positions… the lack of buyers will form a vacuum causing rapid price declines which leave investors helpless on the sidelines watching years of capital appreciation vanish in moments.

Roberts and Lebowitz remind that investors lost 29% of their capital over a three-week span in 2008 — and 44% over three months.

We can of course provide no timeline for the described phenomenon.

Nor, for the matter of that, can anyone else.

Bu we have argued against a general catastrophe this year.

We believe the ultimate reckoning may wait until next year… or the year following.

Because we first expect a “melt-up” — that final manic, incandescent phase bull markets enter before the inevitable melt-down.

And these conditions do not obtain today.

We admit the possibility of an impending correction as Morgan Stanley predicts — but why, we wonder, can markets only “correct” lower?

If a 10% market fall is a correction, is a 10% increase an incorrection?

And if the S&P was correct when it plunged 10% in February… must we conclude any subsequent rise has been incorrect?

Questions to ponder of a lazy midsummer day…

We may soon have our answers.

Regardless, more questions will follow in the days ahead… and some may bring unsatisfying answers.

In the words of former fund manager Richard Breslow…

“This isn’t shaping up to be an old-fashioned quiet August.”