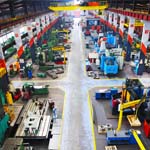 The Revival of American Manufacturing: An Update

You know those little throwaway plastic red cups that you see at parties? You can buy a case of 288 of these Solo red plastic cups for about $36. I’ll do the math for you: That’s about 12.5 cents per cup. It’s a cheap, low-end item. Made in China, right?

Nope. Made in the USA. The Solo Cup Co. makes them in Lake Forest, Ill.

Recently, another company started making an almost identical-looking reusable red cup. Trudeau USA makes millions of these cups, which they call simply the Red Party Cup. This was a job that in another year not so long ago might’ve headed to China. Not today.

American manufacturing is quietly enjoying a revival on some levels. Goods once made in China are now coming back to the USA — a process called re-shoring. In May, I wrote to my Capital & Crisis readers about “A New Trend ‘Sneaking up on People’” (see article). I talked to Scott Huff, a principal at Innovate International, an engineering design and contract manufacturer for several industries. Scott was actively involved in re-shoring. Recently, I talked to Scott again to get an update.

“That red cup has been one of the most successful things we’ve re-shored,” he told me. I love this story precisely because it goes against what so many people think they know. They think US manufacturing is in inevitable decline. The red cup story is another strand in a growing thread of anecdotal evidence to the contrary.

“It’s against the paradigm that people have accepted [about what is made in China]. But people are usually about a decade behind in their perceptions. Anything that’s got a significant amount of money on the bill for shipping to the US, you’ve got to consider making it in the US. The shipping that we’re saving, and the fact that we don’t have to carry so much inventory, frees up cash.”

This is especially important now, when it is hard to finance trade. A business always has a certain amount tied up in bills yet to be collected (accounts receivable) and inventory. Usually, banks will finance a decent chunk of this. I was a banker before I started writing newsletters. Financing these trading assets was part of my meal ticket. (The other was financing real estate.) But today, banks are reluctant lenders, for a lot of reasons we won’t get into now.

The end result is kind of like what we see in the mortgage market: superlow rates that not many borrowers can access. Ergo, manufacturers need to run lean these days.

“So,” Scott continues, “if you can make your manufacturing process leaner, you can free up cash. One way to do that is to make it local and turn over the dollars faster.” This way, you don’t have cash sitting in goods on a boat from China.

Driving the renaissance is more than just shipping costs, of course. Many of the factors we talked about back in May are still in play today. Namely: It is getting expensive to do business in China.

“The glory days of China’s export business are over,” Scott says. “Now it is down to hard work. The adjustment in the renminbi [China’s currency] took some of the pressure off the export companies, but the cost of living continues to just crawl upward — the cost of food and the cost of housing, especially. Those don’t come down. There is only so much you can do with currencies.”

Cheaper US energy prices also help along the re-shoring trend. Fertilizer and chemical firms want to put down roots in the US and plug into cheap sources of natural gas. In Asia, natural gas costs at least four times the price.

The same could happen with oil. US production is up 25% since 2008 as new technology cracks up new supplies. As I write, the price of West Texas Intermediate, the US benchmark oil price, is down nearly 16% on the year.

So China’s cost advantages have been ground away in several ways. Still, there are challenges bringing stuff back to the US — like a dearth of manufacturing know-how.

“You have a base of experience in Illinois and Michigan and places that have traditionally been the centers of excellence for some of these manufacturing processes,” Scott said. “A toolmaker who is capable and has kept up with the technology — well, let’s just say there aren’t very many unemployed toolmakers. There’s plenty of opportunity now as people are trying to re-shore stuff.”

I was fascinated by a role reversal Scott described.

“The vast majority of my design engineers are Chinese and work in my office in China,” Scott said. “And these are guys that have been with me for five years or more, in some cases as long as I’ve been in China. I’ve been there eight years. They’ve got a lot of experience.

“So,” he says with a chuckle, “one of the things we’re starting to do is bring some interns from the States to work with them. It’s kind of a role reversal. We have design engineers that actually put lines on paper in China for the products being made in Chicago. Eight years ago, I was taking a handful of older American guys to China with me to help work with these young Chinese designers. And now it’s going back the other way. Now I have young American graduates I’m shipping over there for six months to get experience with people that know what they’re doing.”

Incredible, isn’t it? All things change. As I like to say, if you stand around long enough in markets, you’ll see them come full circle.

There are a handful of publicly traded US manufacturers headquartered in places like Milwaukee, Wis., and Mansfield, Ohio, that are lean and world-class competitors. They are in good position to gain from this trend. But, as always, patience is key.

The stock market may be somewhat overzealous in its enthusiasms at this very moment. While keeping my eye on this still-nascent trend, I’ve determined to wait for better prices — and they will come, I have no doubt. In the meantime, though, the revival of American manufacturing is an important story to keep in mind…especially for contrarians who don’t mind getting paid to go against the crowd.