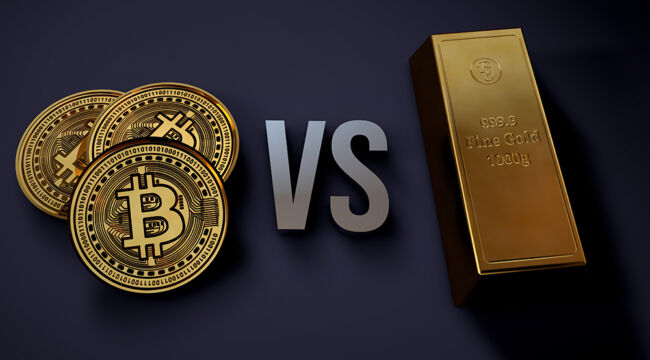 It used to be a doctrine. When inflation picks up, so does the gold price.

Generations have figured this out, and gold has never gone away as the go-to safe haven asset. After 40 years of relatively low inflation, it’s become perhaps unfashionable, but the fundamentals that have made it a safe haven for thousands of years are still with us.

It used to be the case that you would follow the inflation numbers and adjust one’s portfolio based on the outlook by buying gold and mining stocks.

Today, it might be wise to reverse that: Follow the gold price and you gain great insight into the future of inflation.

Fiat money has not in our lifetimes had such a bad reputation and prognosis.

At the same time, the best way to understand the rise of an inflation hedge is to view it in real terms, which is to say adjusted for the manner in which the dollar itself has depreciated. Here you get a different picture.

In real terms, by today’s dollar, gold of October 1979 was running $489. By the end of the year, in today’s dollars with adjustment, gold reached $1,800. That is where we sit today. In other words, in real terms and depending on how you calculate inflation today, we are nearing or at a high.

For some people, this development is inevitable. Gold has been called a “constant” for a reason.

It is a hedge, not a means of profiting as such but as a protection against the chaos of the world. That’s saying something important. It is a wise move but not necessarily a means of gaining riches — unless, and to the extent that, we really face an out-of-control hyperinflation.

For other people, the activity in gold today might be a bit of a surprise. The only serious competitor that gold has had in our times has been the advent of cryptocurrency. It has all the features of gold. It is scarce, indestructible, fungible and has an even quality across all possible units.

Bitcoin and others add two features that make it even more attractive. It is weightless and instantly transferable without the cost of physically moving the stuff from place to place.

There is a downside to crypto.

Using it requires access to the Internet under general conditions. If your cell phone dies because the electricity is out, you are out of luck. If the government shuts down the Internet, you are also stuck. All of that is true, but there are several confusions people have here as well.

First, it is possible to have physical bitcoin. You can print out your wallet on a piece of paper. You have it and can use it, even if you go years without internet access. Many high-end holders do this and keep it in a safe. That way, there is no way to gain access to it merely by getting access to the online wallet that stores your encrypted key.

Second, even if you lose access for however long (let’s say you get shipwrecked on a deserted island), that does nothing to change your ownership status. If you have your passphrase stored somewhere (or, more implausibly, memorized), you can recreate your access merely by typing that code in at some point: tomorrow, next year, or in a hundred years. Your money is still there.

Third, if you die, even then your ownership is not in question since none of it exists under your personal identity as such. Your access is controlled by whomever has access to your private key.

Therefore, you can store your codes in an email or program somewhere or on paper and put the instructions on how to get to it in a will or some other method. Whomever gains access to that is now the owner of your holdings.

For this reason, it is not really possible to enforce some legal action against anyone who “steals” your bitcoin. In some sense, it is a free-for-all. Anyone who hacks your wallet, or anyone to whom you send you units whether on purpose or by mistake, is now the owner. This is the “law” of cryptocurrency.

This is why it is a huge issue to maintain tight security protocols. This problem is not unique to crypto. Gold too had this issue.

When FDR demanded that everyone turn in his gold in 1933, only a portion of the population complied. The rest — I’m thinking of very wealthy families mostly in the Northeast at the time and some in the West — had to figure out a way to hide it in their backyards or find a trusted third party who would hold it for decades until it became legal again.

There were such options available, but they were kept super secret. Estates around the country in remote locations fashioned themselves as safe houses for gold storage. They kept the secret through the whole of the Great Depression, World War II and all the way until 1974 when owning gold became legal again. Then their descendants took off to pick up what had been left behind.

In this way, gold and Bitcoin both face a problem of security. It is up to the individuals to solve it.

For the last 13 years, the question people have asked is whether and to what extent crypto has replaced gold as the favored safe haven asset. I’ve seen fierce debates on this. I’ve always believed that they were silly debates. Both serve that purpose.

From a market point of view, gold is going to be more stable, whereas crypto is still in the early stages of price/value discovery. It very likely has a long way to go on the upside. It will eventually settle at some range of price and then respond to inflationary trends in a way that is similar to gold. For this reason, it attracts speculation in a way that gold does not.

The bottom line is that we do not have to choose between them.

Both are better assets than dollars right now or at least perform well enough to suggest that a readjustment of the portfolio is in order, given existing trends. They play well together. There is no reason for a war between gold and Bitcoin or between Bitcoin and every other crypto alternative.

What seems increasingly certain is that the dollar, and other fiat currencies, are facing extremely challenging times. Whether that alternative is real estate, hard money, or crypto assets, or even oil and other commodities is in question.

That the dollar faces a serious threat to its value is no longer in doubt.