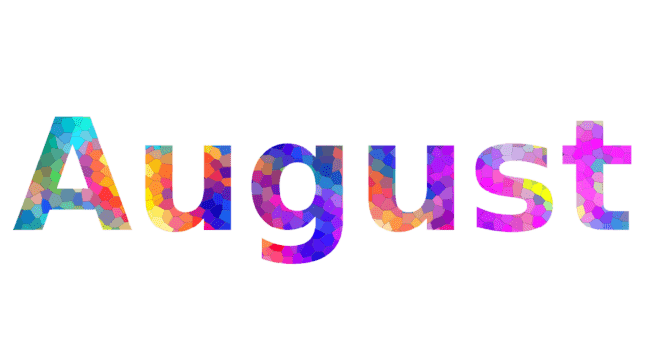 The “Quiet” Month of August

Twenty years ago, I wrote a report called The Myth of August. The idea was to compare what most people thought about the month of August to what actually happens in August.

The myth is that August is a quiet month, everyone in the world is on vacation, no deals get done, people just enjoy the beach or mountains or other quiet recreations. This is famously true in France, but it’s a French habit that Americans have copied with enthusiasm.

When it comes to business and politics, the attitude is, “See you in September.”

The reality is quite different.

The number of world historical political events or natural catastrophes that have occurred in August could fill an encyclopedia. Let’s consider…

On August 2, 1990, Saddam Hussein of Iraq invaded Kuwait. On August 18, 1991, there was an attempted coup d’état against Russian leader Gorbachev. On August 17, 1998, Russia defaulted on its debt and devalued its currency, which led to the collapse of LTCM and a global financial crisis.

On August 23, 2005, Hurricane Katrina struck New Orleans with fury, killing 1,833 and shutting down natural gas production in the Gulf of Mexico.

The list goes on but you get the point.

One of the Worst Disasters in History

In fact, August is notorious for disasters that require all hands on deck, even if the hands are calling in from the Hamptons or Catalina. I was thinking about this in early August and asked myself, “Gee, I wonder what it will be this year?”

Now we know. The fiasco in Afghanistan is one of the worst military and diplomatic setbacks in U.S. history. It’s still unfolding and we pray for the Americans and our Afghani friends stuck behind enemy Taliban lines.

But there’s more at stake here than just an outpost in Afghanistan. This is a major loss of prestige for the U.S…

Our allies from Israel to Taiwan will start to doubt U.S. commitments. NATO is splitting at the seams. And the mental health decline of Joe Biden, which we’ve been writing about since before his election, is now plain for all to see.

This will not be over soon. It’s not a three-day news cycle type event. This is more like Pearl Harbor or 9/11 where the aftermath goes on for years. The results will be mostly negative for U.S. confidence, and will have adverse effects in emerging markets that depend on U.S. security guarantees.

But Afghanistan is not the only front that is presenting problems…

What Happened to Energy Independence?

The Biden administration swept into office last January with a pile of executive orders on a broad range of subjects. Many were directed at undoing the policies of the Trump administration as quickly as possible.

Biden rejoined the Paris Climate Accord, opened the U.S. border with Mexico, emphasized multilateralism over America First and much more.

(By the way, these executive orders were not written in haste. Activists keep them “on the shelf” and can trot them out quickly when the opportunity presents. Biden’s executive order spree was a rapid response to Democrat control of Washington).

Among these anti-Trump initiatives was a wish list from the Green New Deal crowd. Biden shut down the KeystoneXL pipeline from Canada, banned new oil and natural gas exploration on federal lands, imposed new regulations on the fracking industry, stopped energy exploration in Alaska and much more.

He did this at a time when the U.S. had finally achieved energy independence from Middle-Eastern suppliers. Guess what happened next?

The U.S. went into energy deficit and began to import more from OPEC. Domestic prices for gas at the pump rose steeply. Right on cue, OPEC began to cut out put to raise oil prices even higher.

Now, Biden is begging OPEC to increase output to lower energy prices and reduce the price of gas at the pump for Americans. Not surprisingly, OPEC is ignoring these calls and is continuing its efforts to increase energy prices.

Of course, none of this would be happening if Biden had just left the U.S. energy industry alone and allowed it to use their technology and exploration capability to continue a U.S. energy surplus consistent with environmental goals.

Referring to Biden’s policies, Rep. Garret Graves (R-LA) said, “The stupidity behind this couldn’t be any greater.” That’s about right. Gas prices will remain high during the summer driving season to be followed by higher natural gas prices during the winter heating season.

You can thank Joe Biden for your higher costs. Here’s more potentially bad news for Democrats…

Despite all the storm and stress from 2015 to 2019 about Russian collusion, no actual collusion was ever found. What was found was official wrongdoing, lies, cover-ups, media complicity and a web of efforts to discredit Trump, even though he never did anything wrong. Strangely, there has been almost no accountability about this.

There were many investigations, reports and hearings that pointed at the anti-Trump wrongdoing, but almost no one has been held to account. All of that is about to change.

U.S. Attorney John Durham has been leading a criminal investigation of the real collusion behind the fake collusion for the past two years. Most of those who have followed this closely have given up on Durham.

The questions, “Where’s John Durham?” or “What’s John Durham doing?” have become punchlines. Still, based on reliable leaks and other sources, we may be getting close to actual indictments and a detailed report.

Durham’s theory of the case is interesting. Instead of focusing on corrupt investigations by the FBI, he’s focusing on the false allegations and phony tips that gave rise to the FBI investigation in the first place.

While these names may not be familiar as John Brennan and James Comey, any indictments among this group will shake the Democratic power structure to its core.

How long will it be before these political developments have an impact on the market? We may soon have an answer.

But it’s time to bury the myth that August is a quiet month.