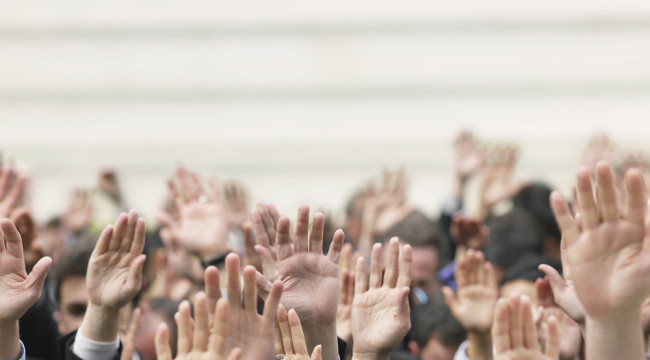 The Problem with Democracy...

He was the author of Dow Theory Letters for over half a century and the source of many of the “old-timer” remarks we have referenced over the last 15 years in our daily e-letters.

Richard was a follower of Dow theory. This is a form a technical analysis named after the founder of the Wall Street Journal, Charles Henry Dow. And it reflects his beliefs about the market… which he laid out in a series of editorial columns at the turn of the 20th century.

The basis of Dow theory is trend analysis. The most important trend is the Primary Trend. This typically lasts many years and takes the market from bottom to top… cheap to expensive… and back again.

It sounded easy enough: You tried to identify the primary trend… and then you stuck with it, long or short, until it reached its climax.

We have our doubts about the predictive power of Dow theory, but we always admired Russell’s market instincts.

The “old-timer” in him always had some insight – a comparison with the market in the 1950s… a souvenir from his trading in the 1970s… something a great investor had said to him in the 1990s – that always made the Dow Theory Letters worth reading.

Then there were the war stories. Especially later in life, he recalled his time as a bombardier in World War II.

He flew dozens of missions over Germany and Italy. He lived in terror that he would be shot down. As a Jew, he figured that, even if he survived a crash, he would be in big trouble. The more flights he made, the greater the odds that he wouldn’t come back.

When the war in Europe was over, Richard’s unit prepared for the assault on Japan. Having beat the odds in Europe, he was sure that he’d never make it back from Japan alive.

Often, he remembered how relieved he was when Truman dropped the atom bomb on Hiroshima and Nagasaki, bringing the war to a close.

Richard was a thinker. He thought about politics. Art. Music (he loved jazz and slept with the radio tuned to a jazz station). And he kept us all entertained and informed with his observations and recollections.

But mostly, he was obsessed with markets. And his enthusiasm, knowledge, and experience all came through in his daily writings, which he kept up until he was 91 years old.

Our trip back to the U.S. went without a hitch. In Dublin, you can do “pre-clearance” with U.S. Immigration and Customs. This sped up our entry a bit when we arrived back in America.

Airport security is the sort of crowd-based reality we were talking about yesterday. It exists, but only because people believe certain things.

They believe they are made safer by pretending that any passenger may want to cause mayhem and that thorough screening for weapons removes the threat.

Probably not. First, because there aren’t many people who want to commit suicide on a commercial airline. Second, because the screening process probably wouldn’t stop a determined, death-bent terrorist.

But we’ve had enough controversy. Over the weekend, we went in for a full frontal lobotomy. And today, we’re determined not to write anything that might give offense or unsettle readers.

But we promised to take up the subject of Argentina’s presidential election. And you can’t talk honestly about politics without offending at least half the population, so we give a “trigger warning”:

If you believe that democracy, circa 2015, is the finest political order ever to grace humankind… and that it is the ne plus ultra of civilization, never to be improved or perfected… stop reading here.

Because it ain’t necessarily so…

Elections are “advance auctions of stolen goods,” wrote Baltimore’s own H.L. Mencken. Today’s Diary is about the bidders.

At the risk of oversimplifying, the fault line in Argentina’s presidential election on Sundaywas between two groups: On the left were mostly zombies. On the right were mostly cronies.

The difference between the zombies and the cronies is not the amount of stolen property they are after (both groups want all of it) but the unit price.

Macri is from one of the richest families in the country. He was educated at Columbia Business School and the University of Pennsylvania’s Wharton School.

Being rich has its advantages. But it comes at a price. In 1991, Argentine federal police kidnapped Macri and held him in a box in the basement for 12 days until his father ransomed him.

The story reminds us of Julius Caesar. Pirates captured him and demanded ransom. Caesar’s response: “You better hope they don’t ransom me. Because if they do, I’ll come back and kill every one of you.” (Or words to that effect.)

Caesar’s family did pay the ransom. And Caesar did go after the pirates. He caught them and put them to death (though, in an act of mercy, he allowed them to be strangled before they were crucified).

As far as we know, Macri never caught his captors. And he never had them crucified. Which just shows how much public life has degenerated since the Roman Empire.

You wouldn’t expect a guy like Macri to have much of a chance on the pampas.

After the huge immigration of Italians into Buenos Aires in the early 20th century, zombies are thick on the ground.

Not that there is something necessarily zombified about Italians. But it was the era of “syndicalization,” inspired by communists, socialists, and radical anarchists. The Italians joined the urban labor unions and favored handouts to – guess who? – themselves.

Unlike Macri, Argentina’s most famous politician Juan Perón spent his career in the army. In 1939, he was sent to study mountain warfare in the Italian Alps… and learned how Mussolini’s brand of fascism worked.

He discovered the secret to winning elections, too: Promise the zombies more of other people’s money.

In 1946, Péron, running on the Labor Party ticket, beat the centrist Radical Civil Union candidate, José Tamborini, to become president. The voting population of the Buenos Aires proletariat had become so great that it could control the whole nation.

Since then, the Peronist party – experts at zombie manipulation – have won 9 of the 11 elections it has been allowed to contest. And the three times it didn’t win, it was able to drive the president from office before he finished his term.

But the trouble with socialism, observed Maggie Thatcher, is that eventually you run out of other people’s money. That is the problem that caught up with the most recent Peronist government of Cristina Kirchner.

It promised the stolen goods, just as it always had. But it was becoming harder and harder to find something to steal. According to analyst Iván Carrino in our Buenos Aires office (we’re involved in a financial publishing venture there), Kirchner’s legacy includes:

Something had to be done. So, on Sunday, Argentine voters threw out the zombies and elected the crony candidate. His job will be to rebuild the economy on more free-market principles – giving out generous plums to his friends and supporters in Cronyland along the way, of course. Then, when the zombies take over again, they will have more of other people’s money to work with.