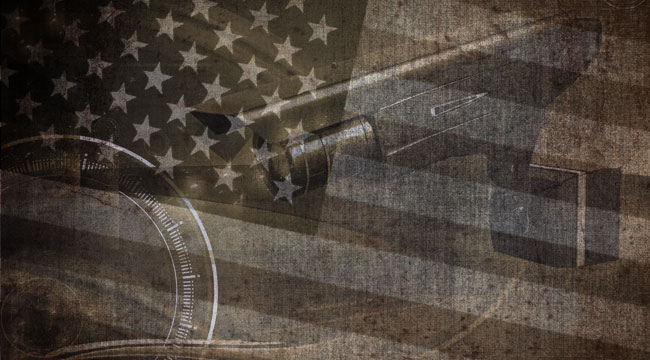 The Political Class and the Counteroffensive

That Edward Snowden has put the whole political, corporate, and governing class in a bind. With his revelations that a heretofore obscure agency has long been collecting all data on our digital lives, Snowden very plainly blew up the whole perception that government is somehow of, by, and for the people. The picture he paints is a government straight out of a dystopian novel.

For a few weeks, the ruling class hoped the whole thing would just go away. Maybe the NSA could continue to data mine, the corporations would continue to cooperate, and the 48-hour news cycle would eat this story same as any other political flash in the pan.

Wholly owned government mouthpieces like Sen. Lindsey Graham of South Carolina are disgracing themselves daily on national television by demanding that Snowden be forcibly returned and prosecuted. In fact, Graham is even demanding that the U.S. pull out of the 2014 Olympics to protest the asylum Russia is providing for this nice, young whistle-blower.

It’s not enough that Graham wants to lock up or fry the guy who did such a wonderful service for us all; now he wants to punish American athletes by denying them the chance to compete in the event that would define their lives. And why? Because Russia is entirely too sympathetic to human rights for his taste?

Meanwhile, the pressure is building for Congress to intervene. Actually, thanks to swarms of emails landing all over Capitol Hill, many politicians have had to go against their cowardly instincts and actually dare to protest. The House Judiciary Committee, for example, dragged a few administration officials to a hearing, and several members pointed out certain obvious truths, such as that many people aren’t so thrilled about the Stasi-like system of domestic surveillance that gives the government the power to blackmail any citizen, anytime, forever.

The ACLU has filed thousands of Freedom of Information Act requests, and is making the results public. The Electronic Frontier Foundation has filed a real live lawsuit against the NSA. Google and other Internet companies are pleading for the right to make public all the data requests they have received from government. And public opinion polls have shifted from indifference to outright opposition to what’s going on.

But isn’t there is a slight problem here? This is the Congress that voted for the Patriot Act and its slippery language in Section 215 that seems to repeal the Fourth Amendment. Where were these guys when it mattered? During the hearing, John Conyers of Michigan stated the fallback position: “We never — at any point during this debate — approved the type of unchecked, sweeping surveillance of United States citizens.”

Meanwhile, administration officials hemmed and hawed, bound by loyalty oaths not to reveal what they know. Their congressional interrogators know full well that they cannot and will not tell the truth, and that if they do, they too will have to head for the hills and outrun the likes of Lindsey Graham.

The companies protesting are in even worse shape. When these orders from the government arrive that demand data, you’d think they might be free to say no. Not so. The orders come with extreme threats: If you reveal anything about this demand to anyone, you will face prosecution. This is the reality, and it is also why I’m pretty sympathetic with Google, Facebook, Yahoo, and others. It’s not like they have made a free choice to sell out the customers to the state. They are acting under extreme duress.

Try to look at it from their point of view. These companies are founded and run by a kind of idealist. They are technicians who have a special entrepreneurial gift to see the needs of others. Their fanatical attachment to the dream of running a business is driven by the desire to do spectacular things for others. Dealing with the laws and regulations is something they do only because they must.

They would prefer a system once called free enterprise.

So when the spooks arrive and push their way around, they really do face a choice: Comply and keep doing business, or protest and risk everything. On the whole, I admire the way these tech companies have resisted when possible and revealed what they could. But clearly, the public resentment against the surveillance has emboldened them.

Can they or we count on Congress to do something to stop the great American data mining operation? I seriously doubt it. Even now, no member of Congress is in a position to stop it. The NSA, the CIA, the FBI and the rest of the national security state is a government unto itself. Its arrogance is boundless. It doesn’t feel restricted by any act of Congress, much less any ancient dead letter like the Constitution. It is like the secret police in most states in most times: completely above the law.

And this counteroffensive poses an even greater threat to the political class. There’s not a politician in Washington who doesn’t have something to hide. And there’s a pretty good chance that some branch of the national security state knows precisely what is it. Therefore, too much protest and too much resistance can very likely unearth the bit of information that gives the average politico nightmares. As the NSA is well aware, the power to know is the power to control.

Public opinion itself is a stronger force against surveillance than anything Congress can or will do. It inspires entrepreneurs to get to work and make available ever more protections against surveillance. Many of these tools — such as encrypted email and chat — have been available for many years. But they are gaining prominence and users only now that the fears of the most conspiracy-minded paranoids have been confirmed.

In an ideal world, such tools would not be necessary. But no country with a state bent on spying on its own citizens is such an ideal world. The American Revolutionaries had to use code to communicate. So did the refuseniks of the USSR. So have all resistors in all countries. Our times are no different except in this one respect: We have better tools than any generation in history. We needed only a good reason to be inspired to use them. In our times, freedom has a minimalist definition: It means staying one step ahead of the power elite.