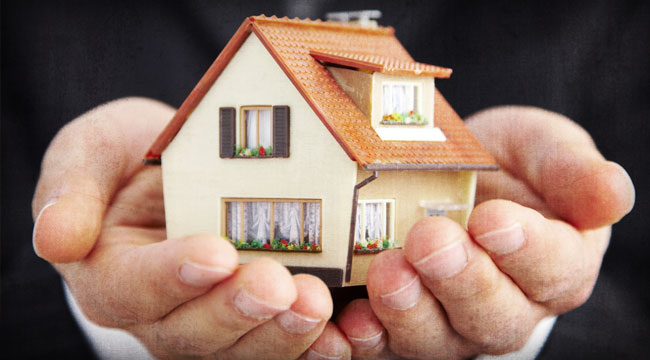 The Only Way to Save a Housing Market

Economic theories don’t lend themselves to laboratory testing, so the work of a national appraisal firm is especially enlightening. A new study lends support to the Austrian business cycle theory, which says that the less government is involved, the faster a market will recover.

Pro Teck Valuation Services has posted a report comparing housing-market rebounds in cities with “nonjudicial” foreclosure processes with those with “judicial” ones. In other words, they compare states in which the government meddles less in foreclosure with states that meddle more.

The eventual bust is really the economy’s required healing.

Pro Teck found that of 30 metropolitan housing markets in nonjudicial states, housing markets corrected sooner and prices have rebounded more quickly than in states with more government involvement. Could Murray Rothbard have been correct that markets clean up clusters of malinvestment?

Pro Teck chief executive Tom O’Grady told The Los Angeles Times, “When we looked closer” at rebound performances state by state, “we observed that nonjudicial states bottomed out sooner” — typically between 2009 and 2011 — “versus 2011 to 2012 for judicial states, and have seen greater appreciation since the bottom,” typically 50-80% compared with just 10-45% for judicial states.

“Our hypothesis,” he added, “is that nonjudicial states have been able to work through the foreclosure [glut] faster, allowing them to get back into a nondistressed housing market sooner, and are therefore seeing greater appreciation.”

In October, the top 10 metro areas Pro Teck studies were in nonjudicial California. At the bottom were cities in Illinois and Florida, both judicial states. “Unlike California, which tore off the foreclosure Band-Aid quickly, Florida and Illinois have been slowly peeling it away,” the Pro Teck authors explain. “In these states there are still high ratios of foreclosure sales and hefty foreclosure discounts, which in turn are limiting any real recovery. Because of this, all of our bottom ten metros are in Florida or Illinois.”

The top 10 metro areas had less than four months of inventory for sale and averaged over 20% year-over-year appreciation. A key statistic in Pro Teck’s analysis is the ratio of foreclosure sales to total sales. In all of these markets it was under 10%. In the view of Pro Teck’s experts, “Supply-demand market fundamentals have returned, which should lead to a sustainable recovery.”

In slow-moving judicial states, foreclosures are still 25-50% of sales, and unsold inventory remains high, at a five- to 10-month supply.

In the same vein that judges believe they facilitate orderly housing markets in judicial states, Ph.D.s and bureaucrats believe problems with the economy (inadequate aggregate demand) can be fixed with the proper committee-determined interest rate and the use of government force to keep businesses alive or keep certain prices in place.

The Austrian school is unique in recognizing that the real problem is the unsustainable boom. The eventual bust is really the economy’s required healing. Central bank interest-rate manipulation directs capital into high-order capital goods. These low interest rates make these projects appear economically sound, when in fact these projects are malinvestments.

The “cluster of entrepreneurial errors,” as Rothbard termed these malinvestments, is the result of central bank credit expansion driving rates below the natural rate of interest that would be set by individual time preferences.

As bad as what central banks and government policies do to incite the boom that creates the malinvestments, they compound the problem by not allowing the market to heal after the bust.

The financial press appears confounded by the continued lackluster recovery. Five years have passed and trillions of government dollars have been spent since the financial crash. Unemployment is still high, as is the use of food stamps. However, keeping assets in the hands of failed managers with a boom-time cost basis is a sure way to prolong the stagnation.

In nonjudicial states, home foreclosures proceed without the involvement of the court and the properties are transferred within months. In judicial foreclosure jurisdictions (22 states), post-default proceedings involve court intervention with specific court-ordered steps that can take up to two and three years to complete.

In nonjudicial states requirements to foreclose are established by state statute. When the borrower defaults, the lender sends a default letter and in many states a notice of default is recorded in public records at the same time. There is a prescribed period for the borrower to cure the default. If the default is not paid, a notice of sale is mailed to the borrower, posted in public places, and recorded at the county recorder’s office. After the notice period has expired, a public auction takes place and the property is sold to the highest bidder.

A judicial foreclosure starts with the lender filing a complaint with the court asking for approval to foreclose its lien and take possession of the property as a remedy for nonpayment. The borrower is provided notice of the compliant and is permitted to dispute the facts by answering the complaint.

In most cases there is no dispute, but the court must still issue a judgment in favor of the lender or servicer. The court then authorizes a sheriff’s sale and property is sold to the highest bidder. Lenders’ credit bids (usually the amount owed) are typically the highest and the lenders become owners of the property.

A timeline provided by the Mortgage Bankers Association indicates that the average judicial foreclosure process lasts 480-700 days, with the homeowner/borrower remaining in the home as many as 400 days.

Rothbard pointed out in Man, Economy and State that if the government interferes at all in the cleansing process of the depression, it will only prolong it. “The more these readjustments are delayed,” Rothbard explained, “the longer the depression will have to last, and the longer complete recovery is postponed.”

James Grant pointed out recently in The Wall Street Journal the result of government tinkering with the economy versus letting it be. “The laissez-faire depression of 1920-21 was over and done within 18 months. The federally doctored depression of 1929-33 spanned 43 months.” He went on to write, “America’s economy is too complex to predict, much less to direct from on high.”

Ed. Note: The state just can’t leave well enough alone. And because of that, any hope of recovery drags on and on. And for those unfortunate individuals in states with excessive judicial oversight, it’s the people who suffer, not the mortgage lenders. Make sure you do your best to stave off the negative effects of government incompetence. Sign up for the FREE Laissez Faire Today email edition, right here. Once you’re signed up, you’ll learn invaluable lessons on how to keep the feds out of your life and more importantly, out of your wallet. Don’t wait. Sign up for FREE, right here.

Legg Mason’s recently released research shows that baby boomers are nearly $30 trillion short of their retirement goals. Who’s going to pick up the tab? Jody Chudley has the details…