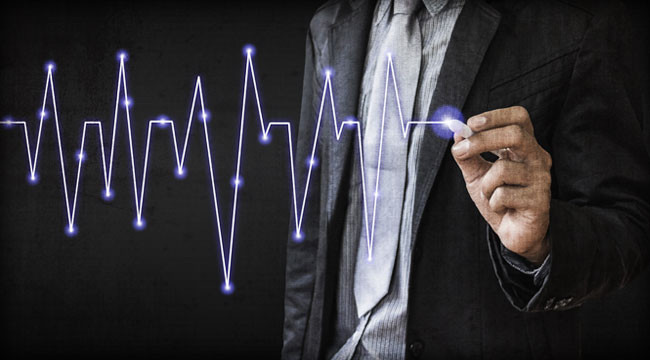 The Only Way to Get U.S. Health Care Off Life Support

A president stands disgraced. Congress is scattering. Bureaucrats are baffled. Pundits are reaching. Industry is scared. Politicians are scrambling to do something, anything, to make it better. One political party is in meltdown and the other loving every minute of it, hoping to ride the calamity to electoral gains.

The so-called Patient Protection and Affordable Care Act — the showpiece of democratic welfarism in the 21st century — has made history as the largest, fastest failure in the history of state-provided welfare programs.

It turns out that you can’t just pass a law that causes everyone to get all the health care he or she desires at extremely low cost. Nor can government create a market-like environment out of a nonmarket good or service and expect it to achieve efficiency, productivity, and customer satisfaction.

A government-run website is the digital-age equivalent of the failure of government to run factories and farms in the 1920s and 1930s.

Maybe this seems rather obvious to you. If so, you know more about economic reality than the many thousands of certified experts who worked for many years in and out of government to create the perfect storm that Obamacare has become.

Like many people, I had a passing interest in the debate over Obamacare for several years, fully expecting bad things to happen, but unable to predict the extent of the damage. There have always been two mitigating factors to consider: First, the existing system was badly in need of reform before Obamacare, and it was simply not the case that a beautiful, market-based system was being threatened by a socialist takeover.

Second, Obamacare in no way represented some unprecedented threat. Both parties had been making a mess of the whole system for decades, at both the federal and state levels.

After all, we’ve had 100 years of intervention in the medical market, beginning with the regulation of medical schools that had already cartelized the system. The whole panoply of interventions needs to be uprooted to allow a viable system to emerge, but absolutely no one in Washington dares to speak this way.

In addition, all the nonnegotiable talk about “health insurance” is fundamentally flawed. Insurance pertains to risks of events that are not brought about through human volition, which is to say they are unexpected. That’s why real insurance is able to make money. If you bring about the insured-against “risk” through your own choice — you set your house on fire — that’s insurance fraud. There are unexpected events in the area of health, but most fall under the category of catastrophic.

In a real market, we would probably see medical care work much like veterinary care today — mercifully free of too much government involvement — for which you pay per service. Prices are clearly posted. Consumers pay the full cost of noncatastrophes. And there is healthy competition among providers who are trying to treat you best at the lowest price. Indeed, the restoration of the price system is the central requirement of any sane reform.

In a free market for health care, one can easily imagine subscription services emerging — think of Spotify, Netflix, or Amazon Prime for health services — but they would unlikely have anything to do with employment. The whole link between your job and your health care — and the third-party payment system through huge and cartelized institutions — came about because of wartime price controls. It’s completely arbitrary and massively distorting.

A purely market-based medical system in the 21st century might offer some wonderful surprises. The prices would continually fall, and perhaps be free for routine care, just as so many services on the Internet are free. Even now, even with all the absurdities and bloat and interventions, private-sector insurers operating in the nonprofit space are able to offer a form of mutual aid for a quarter of the price of the big players in the insurance market (see, for example, Samaritan Ministries).

Given all of this, Obamacare was just another step in the wrong direction — albeit a big one — not unlike that which had occurred once every five years for the last 50 or so. It was hard to tell just how bad the effects would be. Everything we know about government and economics suggested that this plan would not end well. But not even the biggest skeptic could have fully prepared for the calamity that ensued in the weeks after the program was finally put in place.

What does failure mean? The most obvious evidence was the exploding HealthCare.gov website that in the first day of operation managed to enroll only six people in the program. Looking through the notes from the war room, one observes all the troubles that every highly ambitious and poorly constructed website has: tangled databases, bad connections, leaky memory explosion, mixed-up authentication rules, and about a thousand other things.

Will it be fixed? Possibly. But at what price? To prepare the site, the feds have already spent some $600 million and deployed a dud. More than twice that sum will be spent on repair, but with what results? If the site follows the usual government pattern, it will work only as long as it is frozen in time. It can’t adapt to change and will become antiquated in only a few years, and will thereby require other massive infusions to keep up.

A government-run website is the digital-age equivalent of the failure of government to run factories and farms in the 1920s and 1930s. Under socialism, it was true that with enough force and money, even Soviets could produce trucks, grain, and bombs. But every economic decision involving physical resources and time requires trade-offs: If you do this, you are not doing that. The real question is: At what cost? Lenin made some progress in electrification even while major parts of the newly socialized Russia were experiencing famine.

Likewise, HealthCare.gov has become a costly symbol of a wider system failure.

The website can and probably will be fixed — but will the program itself achieve its aims? The ACA promised to retain existing health insurance coverage and then expand it. Upon implementation, the ACA immediately and dramatically reduced coverage by forcing many individually provided health care plans to be dropped. Otherwise, most are experiencing sticker shock.

…the requirement that insurers take no account of pre-existing conditions…is a bit like requiring that auto insurers cover drunk drivers who are training for NASCAR.

In many cases, mandated coverage of new ailments made continued service economically unfeasible. In other cases, existing plans were suddenly outside the law. For example, the government said that plans must cover outpatient care, emergency room visits, lab tests, hospitalization, maternity, preventative services, pediatric services, prescription drugs, and much more. If a plan didn’t, it was essentially declared illegal and had to be canceled.

In other words, the companies who dropped millions from the rolls were merely complying with the law. They were obeying government diktat. That few people expected this outcome reveals the true nature of government planning. Two lessons emerge from the mess: Planners cannot account for all contingencies, and/or they must lie to get what they want.

Then came the doubling — in some cases tripling — of premiums of many individual plans because of the requirement that insurers take no account of pre-existing conditions, which is a bit like requiring that auto insurers cover drunk drivers who are training for NASCAR.

It is very easy after the fact to look at any government failure and point to all the reasons why the failures should have been anticipated and, thereby, prevented. But remember that this is knowledge gained after the fact. Before the trial, there are a million possible contingencies, and it is not possible for anyone to prepare for them all. That’s why markets specialize in embedding trial and error as a feature of the system. A market system learns over time, copying success and avoiding failure. Governments are terrible at this. They build, release, and forget about it — with very little ongoing adaptation.

After the disaster took place, some politicians immediately responded by saying: Make it illegal to stop dropping coverage. This response piles error on error. It amounts to a form of nationalization of already cartelized companies — another step away from the market and toward fully socialized health care. Of course, those who’ve always called for a single-payer system won’t mind — even as it will turn U.S. health care into a Brezhnevian bread line.

Politicians from the other side proposed that the law be changed to say that whatever plans existed before the calamity should just be made legal again. That sounds fine but for one thing: This proposition only increases the uncertainty of what legislation permits or disallows. Insurers are there to make money, and they do this through long-term customer relationships. Endless legislative jockeying does not inspire the confidence needed to make business work.

The system was broken before, and now it is broken beyond repair. Daily, we read reports of doctors, consumers, and institutions just bailing out completely. Businesses that take people abroad for high-quality, low-cost health care are suddenly booming. It seems that everyone is looking for a way out of the official system. This is the only promising development to emerge from the great health care disaster of 2013. If a new and independent sector emerges despite every attempt by government to stop it, the irony is that there will be a good basis for optimism about the future.

Government can’t and won’t fix health care. Only the private sector can do that. The full solution, then, will require complete secession from every plan put out by every politician, every political party, and every national commission of experts purporting to know better than the people who make up the market order.

Ed. Note: Like it or not, the government will likely refuse to see the writing on the wall for Obamacare, regardless of how disastrous the policy proves to be. It’s just one more reason to know how to best protect your own wealth and personal freedom. And those issues are at the heart of the Laissez Faire Today email edition. If you want to read the world’s best collection of writings on liberty and freedom – and get regular opportunities to learn for yourself to to protect them – you owe it to yourself to sign up for FREE, right here.

12 Steps You Can Take if You Lose Your Job

Although layoffs can be emotional, a pink slip should be a call to action — to get your finances in order, including spending, savings, health insurance, and credit. Here are 12 steps I recommend you take immediately after you lose your job to keep your financial house in order.