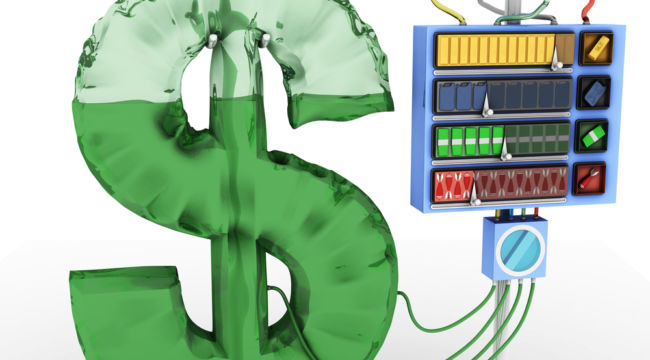 Hope, it is said, springs eternal.

Today the stock market was up and away on hopeful wings… for it believes “fiscal stimulus” is imminent.

There are still a few little differences. Neither of us think they are in any way going to get in the way of a final agreement.

At writing, no agreement has been reached.

Both S&P and Nasdaq turned in comparable romps.

But when you want it bad, you often get it — bad.

We have no doubt the lobbyists have been busy. Crisis is when these swamp inhabitants sniff their chance.

Any legislation will be loaded to the rails with “stimulus” having nothing to do with the economic cataclysm before us.

But it will butter their parsnips.

Most in Congress who vote for the bill will never even read it… precisely as they failed to read the Patriot Act in 2001.

“Never let a good crisis go to waste,” as a certain Obama official said after the next crisis.

Taxpayer money will flow to the same corporations that took on record debts this past decade to conduct stock buybacks and other financial gimmickry.

Might corporations have rebuilt their balance sheets, restocked their acorns for winter, stored in reserves for lean times?

They might have, yes. Alas they did not. The lure of stock market riches tugged too strongly.

But it is laissez-faire in bountiful times — and aidez-nous when events swing against them.

But let it go for now. Consider instead this question:.

What will a deluge of fiscal stimulus accomplish… besides plunging the entire nation deeper into debt?

A Recipe for Inflation

The gears of commerce have wound to a violent and arresting halt.

The nation faces a “supply” shortage, that is — not a “demand” shortage.

It is not possible to purchase goods that do not exist.

And so massively more money will chase fewer goods. That of course writes a recipe for inflation. Potentially even hyperinflation.

We can recall nothing comparable.

And Goldman Sachs hollers it is time to buy this, “the currency of last resort.”

Meantime, our men inform us that acquiring physical gold is nearly impossible.

Jim Rickards warned his readers for years to purchase gold before the crisis came. It would prove impossible to find afterward, he said.

The crisis has come.

Economic activity has come to a near standstill in March. As social distancing measures increase in a greater number of areas and as financial conditions tighten further, the negative effects on near-term GDP growth become that much greater.

These crackerjacks project a third-quarter recovery springing from the looming stimulus.

But what if social distancing measures remain in place? What if supply chains snap entirely under the load?

What if the dose of economic medicine fails to end the cardiac arrest?

The prospects of depression are suddenly and vividly acute.

Debt Is Already Too High

But before the Great Depression, United States government debt ran to $17 billion. Yes, of course the economy was far smaller.

The nation simply lacks the capacity for a debt extravaganza.

The dollar itself might not survive the deluge, all confidence lost.

“The pen shrinks to write, the heart sickens to conceive” the enormity of the coming toothache.

Meantime, the Congressional Budget Office (CBO) had previously projected economic growth to limp along at an average 1.9% per annum through 2029.

Yet that guttering 1.9% did not account for recession — much less depression.

Is there a way out?

There may be. We have presented the option before…

You may have laughed it out of court at the time. But laugh no longer, such are the depths of the hells before us.

We refer to a debt jubilee.

That is, the mass forgiveness of debt.

Heave the ledger book into a roaring fire. Run a blue pen over the red ink. Wipe the tablet entirely (or largely) clean.

It may be the best available way up, argues economist Michael Hudson:

Massive social distancing, with its accompanying job losses, stock dives and huge bailouts to corporations, raises the threat of a depression. But it doesn’t have to be this way. History offers us another alternative in such situations: a debt jubilee. This slate-cleaning, balance-restoring step recognizes the fundamental truth that when debts grow too large to be paid without reducing debtors to poverty, the way to hold society together and restore balance is simply to cancel the bad debts…

The way to restore normalcy today is a debt write-down. The debts in deepest arrears and most likely to default are student debts, medical debts, general consumer debts and purely speculative debts. They block spending on goods and services, shrinking the “real” economy. A debt write-down would be pragmatic, not merely a moral sympathy with the less affluent.

This Hudson fellow has looked into debt jubilees through history.

Why Kings Wiped out Debt

The practice began some 5,000 years distant in ancient Sumer and Babylon… where a newly enthroned king would delete the people’s debts.

Was it because the new king was a swell fellow? Or because he was an ancient Marxist?

No. He cleared the books to preserve his own head. He was alert — keenly — to social stability.

The word Jubilee comes from the Hebrew word for trumpet — yobel. In Mosaic Law, it was blown every 50 years to signal the Year of the Lord, in which personal debts were to be canceled…

Until recently, historians doubted that such a debt jubilee would have been possible in practice or that such proclamations could have been enforced. But Assyriologists have found that from the beginning of recorded history in the Near East, it was normal for new rulers to proclaim a debt amnesty upon taking the throne. Instead of blowing a trumpet, the ruler “raised the sacred torch” to signal the amnesty.

It is now understood that these rulers were not being utopian or idealistic in forgiving debts. The alternative would have been for debtors to fall into bondage. Kingdoms would have lost their labor force, since so many would be working off debts to their creditors. Many debtors would have run away (much as Greeks emigrated en masse after their recent debt crisis) and communities would have been prone to attack from without.

Is there a more contemporary example of a debt jubilee?

In fact, it could create what the Germans called an “Economic Miracle” — their own modern debt jubilee in 1948, the currency reform administered by the Allied Powers. When the Deutsche mark was introduced, replacing the Reichsmark, 90% of government and private debt was wiped out. Germany emerged as an almost debt-free economy, with low costs of production that jump-started its modern economy.

Not a Perfect Answer

Is a debt jubilee a vast swindle, a rooking of honest lenders and the absolution of the wicked?

It may well be.

“The wicked borrows and cannot pay back”… as Psalm 37:21 informs us.

Who would loan anyone money at all — knowing one day he may be left holding an empty bag?

And who would lend money to the deadbeat United States government? How would it fund its bread and circuses?

We have no answers.

In short, a debt jubilee would unquestionably produce its own migraines.

But is it worse than the alternative?