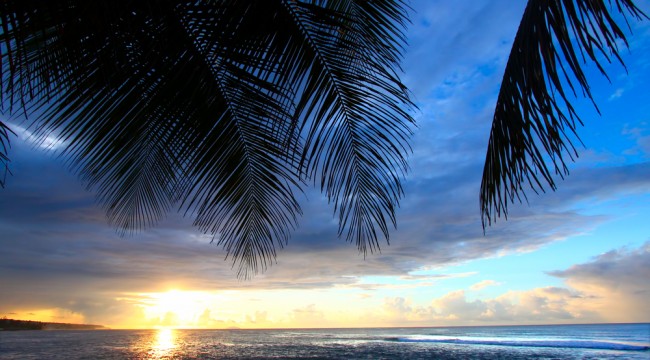 The Only Place to Legally Escape US Taxes

When I hear about strategies that purport to legally allow US citizens to avoid having to pay income taxes, the first thing that usually comes to mind is that it is some sort of cockamamie scheme.

This is because the US government is no slouch when it comes to shaking down its citizens for every penny. The mind-boggling spending on welfare and warfare policies necessitates this. It would be dangerously foolish in the extreme to think you could slip one past them.

There really was no sure way to legally escape the suffocating grip of US taxes besides death and renouncing your US citizenship… until recently.

Americans are in the uniquely unfavorable position of having arguably the worst tax policies and a government that relentlessly enforces them everywhere in the world.

For many, it is a tight and suffocating tax leash. It is no wonder, then, that a record number of Americans are giving up their citizenship to escape these onerous requirements.

There is, however, another way besides death and renunciation to legally escape US taxes, thanks to stunning new incentives in the Caribbean island of Puerto Rico.

Puerto Rico has long promoted itself as a tax-friendly jurisdiction open to Americans, in order to compete with its better-known Caribbean neighbors, like the Cayman Islands.

Puerto Rico is a commonwealth of the US. It’s not quite a state, and it’s not quite a foreign country. This allows it to have a special tax arrangement. Namely, residents of Puerto Rico who earn their income in Puerto Rico do not pay US federal taxes — they pay Puerto Rican taxes.

Previously this mattered little, since Puerto Rican tax rates were comparable to US federal tax rates. However with the new tax incentives, the situation has changed immensely.

Additionally, there are enormous benefits for service-related businesses — like consultants, accountants, software developers, research and development, etc. — in the form of a top 4% corporate tax rate. This amounts to a pittance in comparison to combined US federal, state, and sometimes city income taxes.

All things considered, becoming a resident in Puerto Rico, with its beautiful white sand beaches, tropical climate, and close proximity to the US mainland is not a bad proposition. Americans are free to stay and work on the island without restriction. They do not even need a passport to travel there.

These benefits are why scores of mainland Americans have already made the move — including two members of Casey Research. Many more have seriously considered it.

In short, thanks to Puerto Rico’s unique legal status, becoming a resident of the island is the only way for Americans to escape most of the burdens of US taxation. It’s like obtaining the tax benefits of renouncing your US citizenship without actually having to do so.

For Americans, it’s something no other jurisdiction can offer; and it merits serious consideration.

Puerto Rico may be the best diversification option for Americans at present — if you can structure your affairs to become a resident of the island.

Casey Research has done a thorough boots-on-the-ground investigation and found that the tax advantages are real and that for many Americans, including individuals operating on a modest scale, they are a huge opportunity that could truly be life-changing. The findings were recently published in a comprehensive A-Z guide on the Puerto Rico option. Click here to learn more.

Nick Giambruno
for The Daily Reckoning

Ed. Note: For other great tips on how to keep the U.S. government out of your pocket, sign up for the Daily Reckoning for FREE, right here. Once inside, you’ll receive exclusive access to the Daily Reckoning Research Library, which gives you all the info you need to keep more of your hard earned money… and a few tips to turn a handsome profit at the same time. Click here now to see what all the hype is about.

Nick Giambruno has a long-held passion for internationalization. He has lived in Europe and worked in the Middle East. Most recently in Beirut and Dubai, where he worked as a research analyst covering Middle East and North Africa equities for an investment bank.