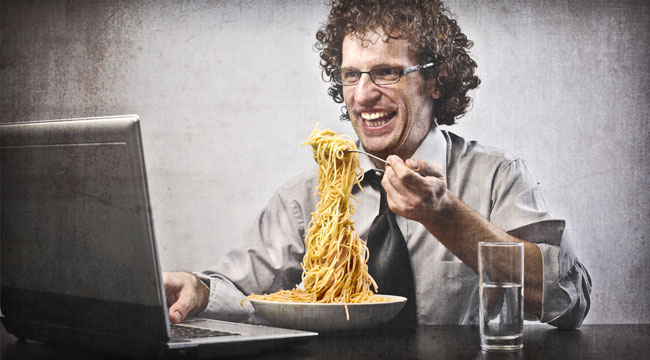 The Only Laugh in Keynesian Economics

Who says you can’t have comedy in economics? Dave Gonigam, of the 5-Minute Forecast, upon being told that “Up to half of U.S. shopping malls will be gone in another 15-20 years” by retail consultant Howard Davidowitz, asked why.

Mr. Davidowitz replied “This isn’t rocket science. What’s going on is the customers don’t have the f(#&ing money”!

Now, Mr. Gonigam’s funny punchline to the setup of people not having money to spend:  “Oh… that.”

Despite the welcome merriment, even the most lackluster Junior Mogambo Ranger (JMR), even after a long night of drinking tequila right out of the bottle, would instantly note that my delighted laughter, despite my obvious enjoyment of the clever writing, is both mirthless and cold, my thin lips drawn back in a horrible grimace, and my Famous Mogambo Levity (FML) is delivered through clenched teeth, as befitting the horrific news that people (including me, dammit) have less disposable income to spend.

It’s the Ugly, Ugly Thing (UUT) that the evil Federal Reserve never talks about, although it is part of the collapse of the grotesquely bloated debt loads being borne by governments, businesses and people, to finance current consumption and to acquire and hold overpriced assets, that were all bought using tons and tons and tons of borrowed money created, out of thin air, by the evil Federal Reserve, which made the prices of things go up.

And it is not just me that is scared about this stuff!  Maybe he is not occasionally pooping in his pants from fear, like me, but Mike Maloney of Goldsilver.com had an essay that particularly caught my eye, titled “Delusional Keynesians Pushing Us Over A Cliff.”

Now, that’s the kind of title that pops! It’s the kind of title that I would use if I ever wrote anything that wasn’t just The Same Old Mogambo Crap (TSOMC), as it automatically makes one instantly think “Hey! He’s right! This is outrageous! Surely, this essay by Mr. Maloney must be a call to arms! Rise up, patriots all! Gather ye, to storm Washington, D.C., waving flaming torches and pitchforks, and turn out the foul, festering Federal Reserve into the angry streets, whereupon the frightened Keynesians would flee for their sorry lives into the dark, dank night, crawling off somewhere dismal to die of shame for having actually believed the same, old, tired conceits and idiocies behind Keynesian economics, an infamy compounded when they worshipped themselves as heroes even as they turned a blind eye to the mounting disasters and bankrupting bubbles of their totally discredited theories. Worsening year after year after year, the wailing of suffering ringing loud in our ears!”

Well, it affects me like that, anyway. And that last part about “Worsening year after year after year, the wailing of suffering ringing loud in our ears” kind of rhymes and has a nice rhythm, so you know it must be true! True, I tells ya!

And when this whole economic thing falls apart because of the horrid Keynesian Federal Reserve, pooping in their pants now and then will be the LEAST of people’s worries.

But, then again, I could be just another frightened old man with poor sphincter control who has read too much economics and too much history, who sees all that accumulated 2,500 years of monetary and inflationary wisdom turning to horror because of, as always, the abuse of the money supply.

Given that the supreme idiocy of Keynesian economics, and thus the foul Federal Reserve, tragically dedicates itself to constantly expanding the money supply to accommodate increased government deficit-spending and increasing debt levels everywhere, is it not axiomatic that the aggregate price of things must increase, to absorb all this new cash? Where else is it to go?

Well, to my dismay, it’s finding its way into rental housing with higher rents, and higher food prices (aided, no doubt by the recent mandated increases in minimum wages).  Bloomberg Businessweek magazine reports that Chipotle Mexican Grill “is raising prices from 4 percent to 6 percent on its beef burritos and bowls.”

Yikes! Inflation in food prices! If burritos today, can higher-priced tacos be far behind? Horrors!

And this avalanche of new money is going into stocks and bonds, too, so that the prices of bonds is so high that the yield is, nominally, zero, and the real (inflation-adjusted) yield is less than zero. Less than zero! Madness!

And with the S&P500 sporting a P/E of 20 and more, margin debt is at the nosebleed levels. Normally, this would be a Big Lookout Below (BLB) caution, but JMR Phil S sent the chartoftheday.com graph showing that “Today’s chart illustrates that investing in the S&P 500 during the six months of November through and including April accounted for the vast majority of S&P 500 gains since 1950. While the May through October period has seen mild gains during major bull markets (i.e. 1950-56 & 1982-97), the overall subpar performance during the months of May through October is noteworthy. Hence the saying, ‘sell in May and walk away.’”

I gotta admit that this is always impressive, and with the Fed in permanent QE mode (where the Federal Reserve, beyond creating money to buy government debt, is actually creating money with which to buy stocks, bonds and housing, and admitting to manipulating every other market), with Obama desperate to avoid at least one failure in his eight years and to insure that nothing untoward happens before now and the 2016 presidential election, with the Euro area ramping up its own QE, with the Federal Reserve as an always-willing buyer that can create, at a whim, all the fiat money necessary to buy, literally, everything that exists, a rising stock market for a long, long time seems like a lock to me.

And with all these disasters going on, you would think that gold and silver would be soaring, since in all the other times in the past 2,500 years when this kind of monetary, fiscal and economic insanity prevailed, they did!

But gold and silver are NOT soaring! Jeff Clark of Casey Research asked John Williams of Shadow Stats “to calculate the gold price in March 2015 dollars (the latest data available) based on the CPI-U formula from 1980.”

The results?  “Adjusted for the 1980 inflation measure, the gold price is approaching its bear market low of 2001.”

“In fact,” he goes on, “gold is now below the 1975 price when it became legal to own it again! These data clearly show that when measured against a more realistic view of inflation, gold is dramatically undervalued.”

He beat me to the punch about how urgent it is that you buy gold and silver to protect yourself, when he went on “And with total worldwide debt levels up by a whopping $57 trillion since the end of 2007, the need to own it is as important as ever.”

And be cheered that this “gold is undervalued” idea is not news to a lot of people, who ARE buying gold and silver at these incredible bargains.  And while there is no actual evidence that they exclaimed “Whee! This investing stuff is easy!” when they did, I am sure they were thinking it because it was so obvious.

And if a clueless cluck like me can see it, then you know it must be true. Whee!