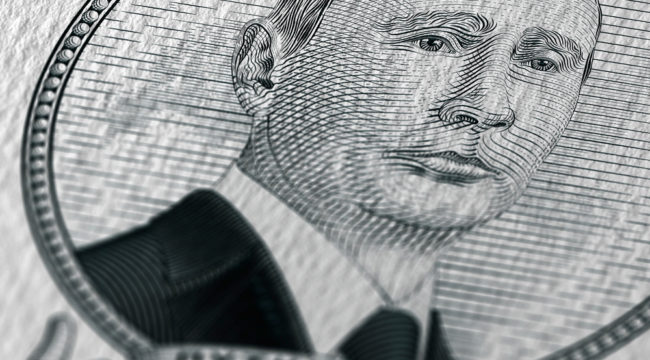 The Odor of Desperation

It must be obvious even to nine-year-old casual observers of the scene that the U.S. national election is hacking itself.

It doesn’t require hacking assistance from any other entity. The two major parties could not have found worse candidates for president, and the struggle between them has turned into the most sordid public spectacle in U.S. electoral history.

Of course, the Russian hacking blame-game story emanates from the security apparatus controlled by a Democratic Party executive establishment desperate to preserve its perks and privileges (I write as a still-registered-but-disaffected Democrat).

The reams of released emails from Clinton campaign chairman John Podesta, and other figures in HRC’s employ, depict a record of tactical mendacity, a gleeful eagerness to lie to the public, and a disregard for the world’s opinion that are plenty bad enough on their own. And Trump’s own fantastic gift for blunder could hardly be improved on by a meddling foreign power. The U.S. political system is blowing itself to pieces.

The “tell” in these late stages of the campaign has been the demonization of Russia — a way more idiotic exercise than the McCarthyite Cold War hysteria of the early 1950s, since there is no longer any ideological conflict between us and all the evidence indicates that the current state of bad relations is America’s fault. In particular, our sponsorship of the state failure in Ukraine and our avid deployment of NATO forces in war games on Russia’s border.

Hillary has had the full force of the foreign affairs establishment behind her in this war-drum-banging effort. Yet they have not been able to produce any evidence, for instance, in their claim that Russia is behind the Wikileaks hack of Hillary’s email. They apparently subscribe to the Joseph Goebbels theory of propaganda:

If you’re going to lie, make sure it’s a whopper, and then repeat it incessantly.

The media has been on-board with all this. The New York Times especially has acted as the hired amplifier for the establishment lies — such a difference from the same newspaper’s role in the Vietnam War ruckus of yesteryear.

This Monday they ran an astounding editorial “explaining” the tactical necessity of Hillary’s dishonesty: “In politics, hypocrisy and doublespeak are tools,” The Times editorial board wrote.

I say all this with the understanding that political systems are emergent phenomena with the primary goal of maintaining their control on the agencies of power at all costs. That is, it’s natural for a polity to fight for its own survival. But the fact that the U.S. polity now so desperately has to fight for survival shows how frail its legitimacy is.

It wouldn’t take much to shove it off a precipice into a new kind of civil war much more confusing and irresolvable than the one we went through in the 1860s.

Events and circumstances are driving the U.S. insane literally. We can’t construct a coherent consensus about what is happening to us and therefore we can’t form a set of coherent plans for doing anything about it.

The main event is that our debt has far exceeded our ability to produce enough new wealth to service the debt, and our attempts to work around it with Federal Reserve accounting fraud only makes the problem worse day by day and hour by hour. All of it tends to undermine both national morale and living standards, while it shoves us into the crisis I call the long emergency.

It’s hard to see how Russia benefits from America becoming the Mad Bull of a floundering global economy. Rather, the Evil Russia meme seems a projection of our country’s own insecurities and contradictions.

For instance, we seem to think that keeping Syria viciously destabilized is preferable to allowing its legitimate government to restore some kind of order there. Russia has been on the scene attempting to prop up the Assad government while we are on the scene there doing everything possible to keep a variety of contestants in a state of incessant war. U.S. policy in Syria has been both incoherent and tragically damaging to the Syrians.

The Russians stood aside while the U.S. smashed up Iraq, Afghanistan, and Libya. We demonstrated adequately that shoving sovereign nations into civic failure is not the best way to resolve geopolitical tensions.

Why would it be such a bad thing for the U.S. to stand aside in Syria and see if the Russians can rescue that country from failure? Because they might keep a naval base there on the Mediterranean? We have scores of military bases around the region.

It’s actually pretty easy to understand why the Russians might be paranoid about America’s intentions. We use NATO to run threatening military maneuvers near Russia’s borders. We provoked Ukraine — formerly a province of the Soviet state — to become a nearly failed state, and then we complained foolishly about the Russian annexation of Crimea — also a former territory of the Soviet state and of imperial Russia going back centuries. We slapped sanctions on Russia, making it difficult for them to participate in international banking and commerce.

What’s really comical is the idea that Russia is using the Internet to mess with our affairs — as if the USA has no cyber-warfare ambitions or ongoing operations against them (and others, such as hacking Angela Merkel’s personal phone).

News flash: every country with access to the Internet is in full hacking mode around the clock against every other country so engaged. Everybody’s doing it.

It is perhaps a projection of America’s ongoing rape hysteria that we think we’re special victims of this universal activity.