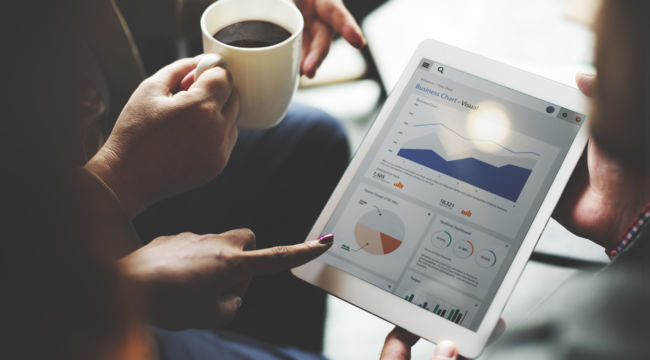 The Number One Rule of Investing

I’ve said it before, but I need to emphasize it again today…

How many times over the past several years have you heard that stocks are massively overpriced by historical standards, that they just couldn’t go any higher?

Plenty, I’m sure. But stocks have gone higher. A lot higher. Think about it, there have been people talking about the top in the market since 2009. And it’s essentially gone straight up with only a few hiccups, which are perfectly normal and healthy.

Think of how much opportunity you would you have missed out on if you followed this doomsday narrative for the past several years (if you fear you’ve missed out yourself, and would like to learn about the most “dirt-cheap” way to get rich in 2020, click here now).

Novice traders — and even a lot of veteran traders who should know better — often make the mistake of trying to anticipate the turn. They think they can “call the bottom” or “call the top.”

As a professional trader, it’s not my job to predict the market top, or what will bring this bull market down. It’s a waste of time to try. You might as well ask me for the winning lottery numbers.

Look, I can’t disagree that stocks are extremely expensive by certain metrics. But they’ve been overpriced by those same metrics for a long time now. And stocks continue to climb, whether you think they should or not.

There’s no fundamental reason why stocks won’t continue to climb. Remember, markets can always go a lot higher than you think.

You can say it’s because of the Fed’s cheap money or whatever. I’m not arguing that it’s necessarily a good idea. But there’s a reason why they say you can’t fight the Fed.

Most folks seem to think it’s too late to invest in the stock market, that the run is over. They think the market is due for an “imminent crash.” They think that bubble is “ready to pop.”

But I believe they’re shamefully wrong. And if you’ve been sitting on the sidelines of this historic market rally, I am urging you to pay close attention to what I say next.

Based on the stock market history of the past century, this raging bull market has a long way to run.

Take a look at these other historic bull runs…

And here’s the thing…

Today’s “historic run” is just over 10 years old — and we’re sitting on overall returns of just 283%.

In other words, this market is nowhere near its maximum potential. And with history as our guide, we’ve got at least three more years of a freight train rally.

My research leads me to believe that we’re about to enter the most profitable window in stock market history.

Will the market keep going straight up? No way. I don’t think “this time is different.” And I’m not drinking any Kool-Aid. One day it will end.

But history shows some of the biggest gains come when the bubble enters its final “melt up” phase.

And as you’ve just seen, it could last a very long time.

People ask me all time when they’ll know when the market’s getting ready to roll over. And to me, the answer isn’t terribly complicated.

When the market does turn it won’t happen overnight. That’s just not how it works. It’s not going to be a straight down move. In fact, it’ll happen in a very recognizable way that you can see unfolding…

The first thing you’ll need to see is sustained “sideways” action. In other words, we need to see a period of time where the market stops making new all-time highs. And guess what? The market just recently set another record and right now it’s flirting with another.

From a technical standpoint, after we see that sideways action, I’ll be looking to see if the S&P closes below its 200-day moving average (this will be a recognizable mentality shift as well).

You really don’t have to make this any more complicated than it is. The 200-day moving average is just a technical situation that people pay attention to. If that happens for maybe a month, then the overall trend may be broken. But that’s not close to happening and we’ll have plenty of time to see it coming.

That’s why a downturn won’t just sneak up on us. Professional traders don’t waste time sitting around and guessing. They wait patiently for a change in the trend and then act appropriately. That’s exactly what I plan to do.

And in today’s market, I’m still a believer in buying any dips. I’ll continue to until I see conditions change in a meaningful way.

The way I see it, there is no other place to be for investors or traders right now. Are you going to buy treasuries? I always look at treasuries — I used to work in the pit — but right now the 30-year treasury is yielding less than 2.5%.

Are you going to tie up your money for 10 years to get less than 2%?

The market offers much greater potential until conditions warrant a different approach.

As a trader, I have to respect that fact until circumstances change. That’s where the money is.

In short, this market is offering incredible opportunities right now, and I fully encourage you to take advantage while it lasts.

If you fear you missed out on the current bull market, the upcoming year could potentially let you make up for lots of lost ground. But here’s the most important part: you don’t need a lot of money to get started. In fact, I’m calling it the most “dirt-cheap” way to get rich in 2020.

Go here to learn all about it.