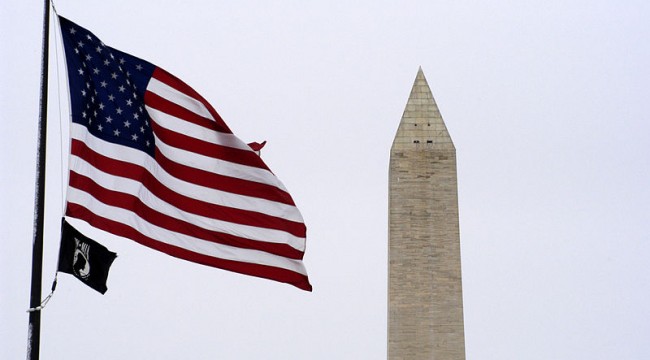 The New Normal Gets A Downgrade

It was back in 2009 that Bill Gross coined the term New Normal to describe the post-crisis US economy.

That economy is marked by a reduced willingness to take risk in the private sector for a variety of reasons. No interest rate is low enough to induce corporate spending in an environment where aggregate demand continues to disappoint.

In a world of low interest rates, expected returns on equity and investment are capped at lower and lower levels. The result is a low growth, low inflation world that persists beyond all expectations.

In other words, as the BIS has also explained, low rates beget low rates. Low rates also tend to inflate asset prices which naive central bankers take as evidence that their monetary elixir has worked as they expected.

Others, such as Larry Summers, have chosen another name for the malaise that infects the economic sphere – secular stagnation. They believe that a variety of factors have permanently reduced the potential growth rate of the US and the global economy.

Larry Summers and the other uber pessimists have decided that human ingenuity has reached its limit and when one thinks of Facebook as the, um, face of the modern economy one is tempted to agree with them. Summers has gone so far as to posit that the only way to attain historical rates of growth is to encourage and tolerate financial recklessness, to foster bubbles and live with their aftermath.

Who the heck knows at this point? Surely not Larry Summers. Or maybe the Fed just hasn’t done enough yet to inflate a bubble epic enough to get growth out of the 2% range.

No matter how you slice it and no matter what you call it though, the economy just hasn’t performed very well since the 2009 crisis.

Last week’s revisions to GDP going back to 2012 showed that the Newly Normal Secular Stagnating economy has actually been worse than we previously thought. GDP was revised down for 2012 and 2013 something that was hardly a surprise to us as our Jeff Snider was writing about it in real time.

The economy, as Jeff has pointed out repeatedly, pretty obviously slowed down in 2012 and has yet to recover. The annual revisions, by the way, were not insignificant. Congratulations to the government statisticians who three years later have finally captured what Jeff saw in real time:

One thing that ought to be clear from this is that making big investment decisions based on the initial reports of GDP – or any other economic statistic for that matter – is probably a huge mistake. The economic statistics released each week are almost completely useless to an investor and probably mildly dangerous – at least –  to traders for their ability to mislead.

Our own research shows that most economic statistics have only a very weak correlation with subsequent stock market returns.

A study done by Vanguard showed that annual rainfall actually had a higher correlation to future stock market returns than trend GDP growth. So the fact that past GDP growth was less than previously thought probably shouldn’t change your outlook for stocks much.

The report is not without value though. The US economy has grown at a 2% annual pace since 2011 and slightly higher if one goes back to 2009. Whether that is because of zero interest rates and QE or in spite of those policies is not something that can be determined.

But since the Federal Reserve is unlikely to suddenly start seeing the world entirely different than they have the last few decades, that is probably irrelevant. The Fed – and I think the majority of investors – believes those policies have been effective and if faced with an economic slowdown it seems logical to assume they will continue to employ them.

The same can be said of fiscal and regulatory policies over that time frame.

We don’t know for sure whether those policies have restrained growth or been the key to getting growth up to the 2% range (although we surely have our opinion on the subject which I’m sure you can all guess). But we can be pretty sure those policies aren’t changing anytime soon (defined as until at least after the next election and possibly a lot longer).

So, given current economic policy, fiscal and monetary, 2 to 2.5% appears to be a ceiling for US growth, not a floor.

In other words, the New Normal/Secular Stagnation people have it right. Or do they?

The key passage in the last sentence of the previous paragraph is “given current economic policy, fiscal and monetary”. I don’t know if Bill Gross believes the New Normal is contingent on policy but I certainly do.

As for Larry Summers and the secular stagnation crowd, well, their view of human ingenuity is not one I can embrace and neither should anyone else. We always hear from these types when economic policy is producing sub-par outcomes.

The way to view the GDP news and all other economic data, in my opinion, is through the lens of the indicators that do provide useful information about future returns.

Those indicators are pretty few and include the Shiller P/E and a few other stock valuation techniques, the shape of the yield curve, credit spreads and momentum. The fact that the economy has a growth ceiling of 2% means that the useful indicators should probably be on a shorter leash than normal.

That is true because if that is as good as it gets, then the amount of stress required to cause a recession would seem logically to be less than historically required. And make no mistake, what all stock market investors should be concerned with is the onset of the next recession.

We could get a correction, up to 20%, at any time, but a bear market, a downdraft that knocks the market for a 50% loop, is unlikely outside of recession.

Right now, those useful indicators do not provide much in the way of comfort. The Shiller P/E, Market Cap to GDP and Price to sales ratio for the US market are all near all time highs.

Credit spreads have recently resumed moving wider. They first started widening last summer and then narrowed from the start of the year until mid-May although not back to the previous lows.

The spread I follow is currently at 5.26%. It got to nearly 9% in 2011 when the stock market dropped nearly 20%, the last true correction of this bull market. However, it should be noted that the current spread is almost exactly the same as at the beginning of the last recession.

Momentum, as I’ve noted before has rolled over on the long term charts, giving a sell signal recently for the first time since late 2007. The yield curve is the most murky of these indicators but has recently started to flatten again as inflation expectations fall.

That would seem to be an indication that the market doesn’t believe the Fed will be doing much with interest rates anytime soon.

Our useful indicators are all pointing in the same direction right now and the odds of a recession scare and a correction of stock prices are rising.

Of course, it might happen anyway, but the odds would seem to be lower with interest rates held low and fiscal/regulatory policy on hold until after the election. Gridlock isn’t ideal but is generally better than either party getting to do too much.

The bad news is that the New Normal got a downgrade last week; it’s actually worse than we thought when it comes to growth.

The good news is that the New Normal isn’t permanent, it isn’t Secular Stagnation. Different policies could return us to the old normal and put “secular stagnation” in the tall stack of Larry Summers ideas that turned out to be as dumb as they sounded when he first uttered them.