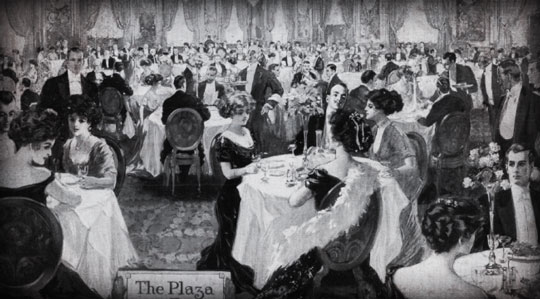 The Mistake in New England:The first is Berkshire Hathaway. In 1965, when Warren Buffett took control, it was a struggling New England textile manufacturer. The share price was $19. It was a high-cost producer in a commodity business. Nothing indicated that buying it would be a good move. Buffett himself called it a mistake.

“The only thing that made it better is that he realized his error and set about investing whatever funds Berkshire produced into more economically productive assets,” Gayner said. “He did that relentlessly and continuously.”

So while $19 was not justified at the time, Berkshire became an astounding investment. Shares today go for over $200,000. “Even if you paid 10 times as much [as $19],” Gayner pointed out, “you would still have had something special.”

The point is that people spend most of their time thinking about what something is worth right now and over short time frames. They ask things like: Can it trade for more over the next 12 months? What’s the Fed going to do with interest rates? What about the refugee crisis in Europe? What’s going to happen with U.S. budget issues? Who’s going to be the next president? What about China? And so on and so on…

“All of those are important questions,” Gayner admitted, “but they are all fundamentally unknowable.”

He continued: “What is somewhat knowable, or at least worth working on, is the task of finding a manager who can successfully produce earnings growth and reinvest those earnings properly over long periods of time. The example of Berkshire shows there is no more important task.”

He related a good anecdote from the financial writer John Train. (Read his books!) Assume you had been on the committee of the Sistine Chapel and had the task of getting the ceiling painted. You wouldn’t focus on the training of various painters, what kinds of paints to use, how many people you should hire, etc. “Instead, you go out into the world and look for a Michelangelo,” Gayner said.

I do this as well, which is why I spend so much time focusing on the individuals behind our names — David Baazov, Steven Udvar-Hazy, Thomas Petterfy and so on. These are our Michelangelos.

Markel’s portfolio represents “a congealed pudding of our vision of companies and leaders that fit this ideal.” His portfolio includes companies like Berkshire-Hathaway, Walgreens Boots Alliance, Walt Disney, Brookfield Asset Management, Marriott, Home Depot and Deere. “If we get just one or two ideas right, we will continue to produce outstanding results.”

Fair prices often scares investors. What if something bad happens, they ask? Gayner continued with his second example: American Express.

The Salad Oil Scandal: The year was 1963. American Express had already been a successful business for over a century. In 1963, though, it did something stupid. “It lent a large amount of money based on warehouse receipts of salad oil to a man named Tino De Angelis,” Gayner said.

De Angelis was 47 years old at the time. And he was already a shady character with a documented history. American Express should have suspected something. But they did not. Turns out the receipts were bogus. When his scheme collapsed, AMEX collapsed too.

Buffet bought 5% of the stock, about $20 million. It would become one of the building blocks of his great subsequent track record. “Bold, daring and brilliant,” Gayner said of the move.

But what if you bought AMEX the day before the scandal came to light? You would’ve thought you were a dummy. But your investment returns over time would’ve been close to Buffett’s. So close, “it’s not worth arguing about,” Gayner said. “You would’ve compounded your capital at high double-digit rates.”

Time is the key. The mind-blowing 100x-type returns often come after 10 or 20 years. Looking at his own portfolio over the years, Gayner says the one-year return for any one of his holdings was random at best. In one year, any particular stock could be way ahead or way behind the market. “I have no way of knowing which one will do what,” he said.

As time goes by, however, the underlying returns earned by the businesses themselves start to dominate. “As [Charlie] Munger says, investors are doomed to earn the same returns in their shares that their businesses earn on their equity over time.”

This brings us to his final example.

The Nifty Fifty: The Nifty Fifty was a group of large-cap stocks that dominated the market of the 1960s and early 1970s. They were popular. They were also expensive, trading for price-earnings ratios more than double the market’s average. McDonald’s went for 86x earnings; Disney, 82; Polaroid, 91. These stocks collapsed in the ensuing bear market and sunk to gut-wrenching lows by 1982.

“It’s trotted out as a cautionary tale,” Gayner said, “about the danger of growth stocks and being price insensitive. But a closer look reveals those lessons are not so cut and dried.”

“They did not all go to zero,” Gayner said. You would have had $1 in Philip Morris (now Altria) and $1 in Anheuser-Busch. “Your $3 handily outperforms the market by double digits,” Gayner said, “even without including any of the returns from the remaining 47 stocks.”

These 47 did include some giant losers, such as Polaroid and Kodak. But you also got Disney. Johnson & Johnson. Procter & Gamble.

So Gayner finished where he began: Why is this investing stuff so hard to do? It’s hard because we don’t give our investments time. And we need to recognize something else: “You only need to get one right.” This is something I like to repeat as well. It’s true.

The greatest investors are often great investors because of one or two or three really great moves. And even if your timing seems awful at first — as with the Plaza Hotel in 1907, Berkshire in 1965, American Express in 1963 and the Nifty Fifty in 1972 — time and patience will do the work for you to succeed.

In the quest to make 100x your money, these lessons from Gayner are indispensable.