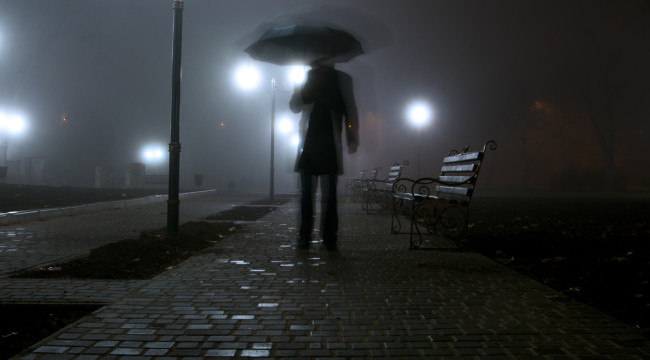 The Most Interesting Economist of All Time

No other price pops during a boom like that of condominiums. The common view among savvy real estate types is condos are the last to jump and the first to crash. A decade ago, Bernanke’s post-Sept. 11 easy money fueled condo prices and in turn high-rise residential construction from coast to coast.

In downtown Miami, 22,200 condo units were built in the 2003-08 boom. Many sat empty as prices plunged 60%. Now, just five years after the crash, a new condo boom is underway in the Sunshine State.

Interest rates are still low, making memories short. “How many condo units are necessary in this town?” asked builder Carlo Melo rhetorically. “Unlimited. Because we are selling to the world.”

Nothing clears a crystal ball like a bubble. Fearless developers have proposed 118 condo towers for the Miami area, and 35 are already under construction, reports The Wall Street Journal. Downtown has 41 projects on the drawing board that would add 12,100 new units.

[John Law] killed a man in a duel, gambled his way across Europe and… enjoyed what one biographer called “extraordinary success with the opposite sex.”

“This boom is very reminiscent of where we were a decade ago,” said Peter Zalewski, principal at Condo Vultures LLC, a real estate consultancy.

It’s very reminiscent of the many booms that have taken place for centuries. I wrote about three famous bubbles and the inevitable crashes in the Laissez Faire Club selection Early Speculative Bubbles.

The Mississippi and South Sea bubbles, along with tulip mania, set the standard for financial manias as far back as 1636 in Amsterdam. Back then, trading tulip bulbs was all the rage. Before the mania, the Bank of Amsterdam offered sound money and free coinage. But as precious metals flooded the Netherlands from all over the world, the influx of money ignited the animal spirits. Coins, debauched by leaders around Europe, flowed into the Bank of Amsterdam to be re-coined at a fair value.

Formal futures markets developed to trade tulip bulbs, with no margin required. The frenzy peaked in January 1637, when the Witte Croonen bulb rose in price by 26 times, only to fall to 1/20th of its peak price a week later.

While tulip mania was relatively short in duration, the crash led to a doubling of bankruptcies in Amsterdam.

The tulip mania portion of Early Speculative Bubbles is what makes the book truly unique. This is the only Austrian business cycle theory analysis of the frenzy. My thesis is that tulip mania was caused by monetary factors like all other bubbles and crashes.

The Bank of Amsterdam inspired John Law, the world’s first Keynesian (even though Keynes hadn’t even been born yet). As founder of France’s first central bank, he abandoned the institution’s sound money ways. Instead, he sought to repair the French economy with copious amounts of paper money to refinance France’s stifling war debts. Sound familiar?

Law is easily the most interesting economist, monetary theorist, and central banker of all time. He killed a man in a duel, gambled his way across Europe and, along with his friend Philippe II, the Duke of Orleans, enjoyed what one biographer called “extraordinary success with the opposite sex.”

Law flooded the French economy with both banknotes and Mississippi Co. shares. Ever the promoter, Law used various gimmicks like rights offerings, special dividends, and options to allow people to buy increasingly more shares. The common Frenchman couldn’t get enough. As author Janet Gleeson writes, “Like gluttons at a Mississippi banquet, most investors ingenuously accepted the opportunity to gorge themselves and never considered the consequence.”

Ultimately, the Mississippi Co. owned nothing of value other than the trading rights the government had granted the company to pay off its debt.

As I point out in the book, the English looked on from across the channel and were jealous. British war debts were choking that economy as well. Sir John Blunt and the Hollow Sword Blade Co. copied Law and formed the South Sea Co., which sold stock and used the proceeds to buy government debt. Its assets were exclusive trading rights with South America.

The company’s shares tripled in a matter of weeks, but crashed quickly. Even the brilliant Sir Isaac Newton went broke. The South Sea bubble was short, as I explain, because the Bank of England stayed out of the South Sea frenzy. Investors had a place to run to with their money. In France, Mississippi Co. investors could trade the shares only for equally inflated banknotes. Gold and silver were outlawed.

I wrote the first edition of Early Speculative Bubbles in 1992 as my master’s thesis under Murray Rothbard’s direction, long before the current flurry of bubbles and busts. Although I didn’t know when or what the next bubbles would be, my concluding sentence was:

“What can be predicted with absolute accuracy is that fiat money, fractional reserve banking, central banks, Keynesian monetary policies, and self-serving politicians will combine to ensure that there will be many more booms and speculative bubbles for future economists and historians to chronicle.”

Since then, financial markets have been a series of bubbles and crashes. Not often do bubbles inflate so quickly in the same place after a crash. However, the Fed’s endless policy of easy money has gone where no central bank has gone before.

This Miami condo boom is said to be different because 85-90% of buyers are foreign and they’re paying cash. Developers are demanding that buyers fund 50% of the purchase price upfront to finance a portion of the construction. Less dependence on high-leverage bank lending leads bulls to assume cheap money isn’t fueling this boom and nothing can go wrong.

But nothing could be further from the truth. The malinvestments from the last condo boom were never fully cleared, with cheap money propping up redundant projects. Buyer project financing is a product of the central bank lowering interest rates below the natural rate. Low rates push investors, foreign and domestic, into riskier assets.

Grant’s Interest Rate Observer analyst David Peligal returned to Miami recently to find a project proposing to include a private helipad on its roof. He inspected a 1,500-square-foot unit just like the one he toured in 2011. Two years ago, the vacant unit was priced at $640,000. The current unit is listed for $749,000 and has been vacant for five months.

“With more supply hitting the market next,” Peligal says, “that could be a harbinger of something no developer wants.”

This is a lesson learned over and over again. Through the centuries, from Amsterdam to Miami, bubbles form and pop, spreading financial agony in their wake. Early Speculative Bubbles combines theory with storytelling about three famous bubbles that foreshadowed today’s financial tragedies.

Ed. Note: Whether another speculative bubble will hit the markets is a matter of “when” not “if.” And those who realize that have a much better chance of protecting and even growing their wealth while so many others lose their shirts. In order to stay one step ahead of the next bubble, we suggest you sign up for the FREE Laissez Faire Today email edition. It provides readers with all the information they’ll need to live a free, healthier and wealthier life no matter what the future brings – including 3 chances at real, actionable investment advice in every single issue. So don’t wait. Sign up for FREE, right here.

Here’s What the Fed Is Confronting

“The battle lines have been drawn for a while between the White House and the Fed, and the animosity will likely grow into the end of the year”…