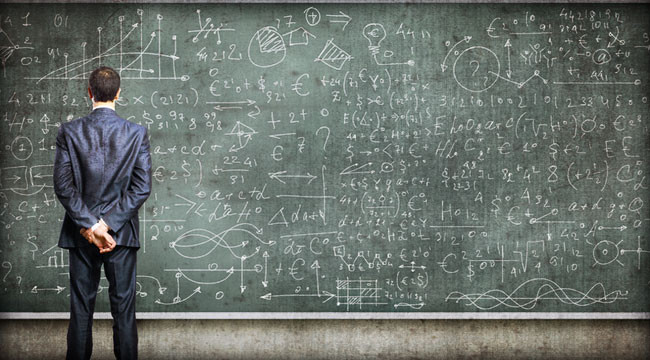 My mood is dark. I see, as usual, enemies everywhere, but have started filling my days, not with installing more defensive armaments in the Super Duper Mogambo Bunker (SDMB), but with making lists of all the people whom I blame for something, starting with the worst offender of them all, the absolutely satanic Alan Greenspan.

On and on, the lengthy list of the damnably blameworthy continues, page after page, purple with rage, most recently including Jerry something-or-other, whom I had almost forgotten about. He was the kid who leapt up to catch the booming bomber I hit in a baseball game at recess in the fourth grade, which would have been a nice, long, juicy home run for me.

“Now hear this! You and monetary policy in this country will now be ruled by me! Gold shall be money again, just like the Constitution requires!”

I’d have been a hero to the lovely Suzanne, who was watching my every move and thinking to herself “Oh, wonderful Mogambo! My hero! I will be your devoted girlfriend until high school, when you will get a cool car and drive me around, and kiss me all the time, and we will live happily ever after!”

Instead, thanks to Jerry just wildly throwing his arms up in a panicked lunge of doofus desperation, like some disjointed scarecrow, the ball miraculously landing right in his stupid glove, I am out. Out! Just another loser! Loser! Loser!

And then, in the depths of my despair, to my horror, I saw my darling Suzanne turn up her pretty little nose in disgust, and leave without saying a word, which was (now that I think about it) the pivotal moment in my life that pretty much defined my relationships with women from then on.

Thus Jerry, having ruined my whole love life with his stupid lucky catch, is on the list. Oh, yeah. He’s on the list.

Despite my foul mood, I laughed out loud at the cover of Barron’s magazine. It concedes that over the next 20 years, the economy will slow, although they do not continue, perhaps in smaller print, to reveal the Ugly, Ugly Fact (UUF) that things always slow down before they stop, start rolling back down the hill, and after a short period gathering speed and highly-erratic behavior careening all over the road, soon crash over a cliff in a raging fireball, killing everybody in sight.

You can relax, however, because that’s just the theory. Just a theory!

In practice, however, things never actually stop, because, at this late stage of disintegration, things tend to go from horrifically bad to tragically worse so quickly that things usually plunge randomly over cliffs in raging fireballs, killing everybody in sight, before they ever, you know, actually stop.

Now, you would think that this “Ending in raging fireballs and killing everybody in sight” theory, which is my latest Profound Mogambo Insight (PMI) about the stupidity of Keynesian economic theory, would be worth a Nobel Prize or two, or maybe just a couple of millions of that luscious prize money, which would come in real handy right now.

In fact, NOJMR satirically posted the headline “Mogambo denied the Nobel Prize again” at his MogamboGuru.com website, which is pretty funny, especially since I have not done anything noteworthy, nor prize-worthy, in my whole worthless life, according to all my teachers, schoolmates, family, so-called friends, neighbors, co-workers, supervisors, bosses and shareholders, and did I mention wife and kids?

Nevertheless, I would like to end that distasteful phase of my life by proposing my Mogambo Lifetime Income Hypothesis (MLIH), which postulates that, in the aggregate, people can never spend more in their lifetimes than their lifetime income.

The proof is made by example: If you earned $10 million over your lifetime, but you spent $11 million, at the settlement of your estate, you would owe $1 million to someone who is now not going to be paid, and thus whose lifetime income will have been reduced by that $1 million.

I even came up with a clever equation, to appeal to the Keynesians (who love this kind of thing):

I assume you are impressed with the breathtaking elegance and cosmic simplicity of this profound mathematical identity, and are chanting “More! More Wisdom Of The Mogambo (WOTM)! Give him the damned Nobel Prize and the money, and then get on to more WOTM!”

Okay! Here’s my latest hot-stuff idea. How about tongs as an underdeveloped resource? I mean, tongs are not just for turning burgers on a grill! Imagine you are slouching comfortably on the couch, and some idiot put the remote control on the coffee table. Would you rather huff and puff to heave your ponderous bulk up (oof!) into a sitting position so you can lean over (oof, again!) and get it, or merely whip out a pair of tongs and get it with no muss, no fuss?

Or, imagine if you had a pair of tongs when attacked by a guy with a gun who is robbing you because his little bit of currency is not enough to pay the increasing costs of energy, food and shelter necessary to support his family, which is because the evil Federal Reserve created so much currency and credit that the dollar’s buying power went down and down because of the continual over-creation of currency and credit, which is experienced by people as “things always costing more and more dollars,” but he doesn’t have more dollars. A desperate man, but with tongs, you could use them to reach out and snatch that gun away, and smack him upside the head (bap!) with it!

Or how about a pair of tongs that was big enough that you could reach into a window at the Federal Reserve and pluck that pinhead Bernanke up and out of his seat, and deposit him in the dumpster out back where he and his laughably asinine Keynesian policies belong, whereupon you could run inside, leap in to his recently-vacated seat, and take over!

Grab the phone! Dial everybody up, and say, “Now hear this! You and monetary policy in this country will now be ruled by me! Gold shall be money again, just like the Constitution requires! Gold is not currently money because the horrid Supreme Court has infamously ruled that money does NOT have to be only of silver and gold, like the Constitution clearly says, and money can be anything a government official or a banker says it is, contrary to what the Constitution says.”

And if anybody objects to your bloodless coup to stop the mindless insanity of continuously increasing the money supply which causes inflation in prices, you could use tongs to pluck them out, too!

So, are you probably starting to think to yourself “Hey! This idiot’s right about the importance of tongs! Perhaps I should send him all my money to invest in his new hit comic book, titled ‘Mogambo, Man of Tongs!’, which he will sell to Stan Lee at Marvel comics for a billion dollars, and we’ll all be rich, and have all the tongs we want!”

I know you are, by this time, on your feet with rejoicing, happily chanting with so many others, “More! More! More Wisdom Of The Mogambo (WOTM) to enlighten us and show us how to make a lot of money by betting against the stupidity of Keynesian economic policy!”

Flattered by such adoration, quickly relent, and say, “Okay! Saving the best for last, I offer this final Sublime Pearl Of Mogambo Wisdom (SPOMW), which is to buy gold and silver bullion with every dollar you can get your hands on. Buy gold and silver, I say with a haughty-yet-sneering arrogance born of the certainty of 2,500 years of experience!

And if you find some tongs made out of gold or silver, so much the better! Whee!

Ed. Note: After disappearing for more than two years, the Mogambo Guru has resurfaced, angrier and more vitriolic than ever. No one knows where he’s been, but whatever he witnessed on his trek was terrible enough to prompt his reemergence in The Daily Reckoning email edition. He’ll be making more appearances as the weeks go by. So to make sure you get your fill of Sublime Mogambo Wisdom (SMW), be sure to sign up for The Daily Reckoning, for FREE, right here.