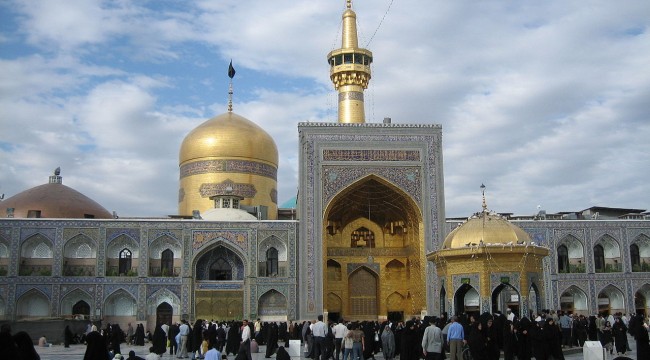 The Iran nuclear deal is done. With the prospect of Western sanctions soon lifting, everyone is trying to figure out the financial impact.

To the Tehran bureau chief of The New York Times, it means getting reimbursed for expenses will be a lot easier…

The price of crude is moving little in response to the deal. At last check, a barrel of West Texas Intermediate fetched $52.18. Brent, the international benchmark, has slipped about 40 cents, to $57.47.

As our Byron King reported via his contacts more than a month ago, Iran has at least 34 supertankers of oil loaded and ready for delivery once sanctions are lifted — about 50 million barrels in all.

How soon it comes on the market, and whether it does so all at once, remains to be seen.

If you’re looking for one clear financial winner from the deal, it’s the U.S. defense industry.

Both Israel and the Persian Gulf monarchies look upon Iran as an enemy… and Bloomberg reported last week they’re already shopping for more than $6 billion in weaponry.

“In theory, an Iran deal could lead to a reduction in tensions in the region that would reduce the demand for advanced weaponry,” says William Hartung at the Center for International Policy. “In the short term, a deal could actually boost the demand for arms.”

In May, Congress and the White House signed off on $1.9 billion in arms sales benefiting contractors including Lockheed, General Dynamics and Raytheon.

Saudi Arabia, meanwhile, is looking to buy up to $1.9 billion in helicopters, radar and spare parts… and another $1.75 billion in missiles.

Interesting logic — the U.S. pursues rapprochement with Iran, all the while arming up America’s traditional allies in the region.

But that’s exactly the phenomenon our Jim Rickards identified in this space two months ago.

“Rather than ‘tilting’ toward Iran or Saudi Arabia,” he said, “the U.S. will pursue a traditional balance-of-power approach in which neither the Sunnis nor the Shiites will be allowed to become too strong or too weak.

“For Iran, this means not crossing the nuclear threshold. For Saudi Arabia, this means not supporting the Islamic State. For Israel, this means progress on the Palestinian issue. All sides can expect help as needed, provided U.S. interests are served. The region will have to work out its own modus vivendi without direct intervention by the United States.”