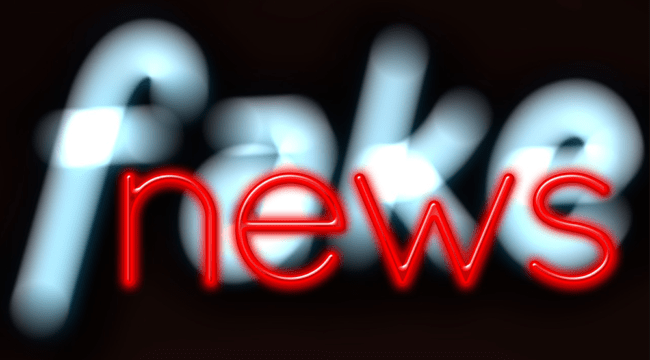 I hope you do not mind a bit of anger in this letter. Right now, I’m really feeling it. I’m beyond fed up.

This week the entire English-speaking world was rocked with an amazing claim. The issue was the overcrowding of hospitals by people who had overdosed on ivermectin, the therapeutic sometimes mentioned in the context of COVID. Rolling Stone reported — the story is still there albeit with a shy correction — that gunshot victims were being turned away to treat people who had taken the drug.

The article had all the perfect makings of a viral internet story. The story even ran with pictures of people standing in lines waiting to get to the hospital, but the picture had nothing to do with reality.

Yahoo, MSNBC, Rachel Maddow, Business Insider, The Hill, Newsweek, countless blue checkmarks, revered sources of medical information and so many more shared the story. Multiple millions saw it. It always had a spin: Look at these unvaccinated rubes out there taking medicine made for horses and ruining our medical system.

The source for the story was one person: Dr. Jason McElyea. It turned out, however, that it only took a bit of checking to discover that the whole thing was a hoax. The rural Oklahoma hospital said they experienced no such thing. Dr. McElyea hadn’t worked there in months. There wasn’t a shred of truth to the article. Still, it was shared many millions of times.

The story began with an Oklahoma news channel that quoted McElyea. On closer inspection, the story got worse: The doctor never even made such a claim. The local station ran the story anyway. And still Rolling Stone ran with it, and the story went viral long before anyone even bothered to check it out. It would have taken one quick phone call, and anyone could have done it.

None of the people who shared the article on Twitter were banned or even dinged for spreading false information. None of the main “fact check” sites such as Snopes or FactCheck.org has run stories about it. One would never know that it was one of the more viral pieces of fake news this year. A search for ivermectin on their sites reveals only sources that make exaggerated claims for the drug.

What’s behind this? The point is that the major media have a prevailing bias: People and especially Trump supporters are dumb as chickens. They don’t know what’s good for them. They should listen to Fauci. When they do not, they threaten public health in horrible ways. This fake story had all these elements and was therefore perfect. It didn’t matter that not one word was true.

This isn’t about just this one story. You probably saw it at some point. Now you know it is fake. Probably tens of millions of people saw the story but only a fraction of them will ever know that the thing was entirely made up. They are all victims of a hoax and do not know it. None of the major figures out there who were pushing this claptrap has apologized.

In the last 18 months, and probably for much longer, this lie has done terrible things to the freedoms and rights we once took for granted.

We are truly living through the worst and most egregious ocean of untruth ever to wash over humanity. It happens daily, hourly, minute by minute. And there are ever fewer venues around even to call it out.

When they come after you, they don’t just take down your comments that contradict the official story. They delete your entire life. This is what happened to the greatest voice on the virus out there, Alex Berenson, who has been correct on so much from the beginning. He had a massive Twitter following until his entire account was blown away.

Now historians don’t even have access to his account to prove that he was right. I can’t look back and see what he was tweeting and when. For intellectuals and writers, this isn’t just about blocking some thoughts; it is about taking away their humanity and their main source of value to the world.

This is not an intellectual game. We are fighting for freedom itself, which is to say fighting for our lives. It’s bad enough how in this country the media have worked as handmaidens of despotism. But have a look at a country like Australia, where people are polite, sweet, well educated and rich.

Vast amounts of that whole nation have been turned into prison states with people beaten and arrested for leaving their homes. In Australian media, it’s almost as bad, with only a few voices of dissent. I could go through a huge list of countries where this is true today. It’s beyond tragic.

What’s behind the complete betrayal of the ideal of freedom by the major media and Big Tech?

In a word, careerism. Each person involved is choosing a paycheck over principle. They are putting their short-term interests above the interests of humanity. The case I mentioned above proves it. They know now that the story is totally false, and yet they refuse to revisit the issue and admit it. That alone is extremely telling.

What it tells me is: They cannot be trusted. It has become ever more difficult these days to get reliable information about anything. I’ve never had as much appreciation for independent voices and outlets as I have today.

Indeed, our freedoms depend on them: your ability to know where to go to get good information and our ability to deliver it to you. This is not just a business model. This is civilization at stake.