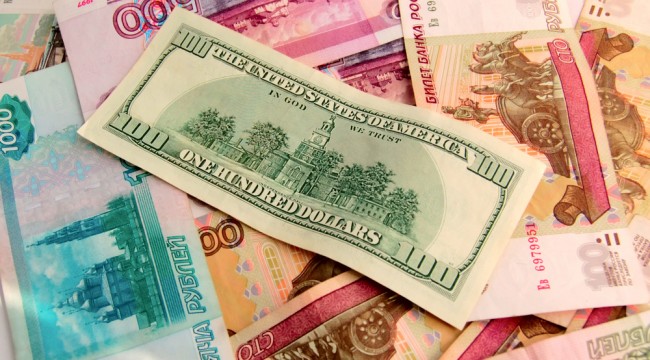 The US Dollar Will Be Dealt a Huge Blow This September

There will be a defining geopolitical event next month when India, Pakistan, Iran and Mongolia become full members of the Shanghai Cooperation Organisation (SCO). This will increase the population of SCO members to an estimated 3.05 billion. We should care about this because it is the intention of the SCO to do away with the US dollar for trade settlement.

The nations joining in September are currently designated as Observer States and the only one left will be Afghanistan, which will presumably join when it can untie itself from NATO. Dialog Partners, defined as states which share the goals and principals of the SCO and wish to develop mutually beneficial relations, include Belarus, Sri Lanka and Turkey. Turkey is of special interest because it has been a long-standing NATO member. It had hoped to join the EU but it became clear that this was never going to happen. Instead under the leadership of Recep Erdoğan Turkey is moving towards the SCO.

Erdoğan was re-elected earlier this month by a comfortable majority and it will be interesting to see how quickly Turkey’s new alignment evolves. Erdoğan must be aware that Asia is on the up while the EU declines, in which case Turkey as a front-line state is better off joining the SCO.

…Russia with the backing of the SCO’s members is positioned to become the most powerful nation on earth.

The SCO’s influence extends beyond its boundaries, with China and India’s diasporas populating much of the rest of south-east Asia. SCO members, particularly China and India, are also the largest consumers of Middle Eastern energy. And because they write the biggest cheques they have primacy over the west; so the swing away from the petro-dollar towards Asia is in the making. China also has sub-Saharan Africa sewn up, securing vital minerals such as copper from Zambia.

We must also consider why Russia is aggressively driving the pace of the SCO’s development, and it’s not just to escape the west’s economic sanctions as many observers think. Fundamentally the SCO is about resources and the production of goods: Russia controls Asia’s resources and China turns them into goods.

One of the first persons to identify the geopolitical importance of Russia’s resources was Halford Mackinder in a paper for the Royal Geographical Society in 1904. He later developed it into his Heartland Theory. Mackinder argued that control of the Heartland, which stretched from the Volga to the Yangtze, would control the “World-Island”, which was his term for Europe, Asia and Africa. Over a century later, Mackinder’s theory resonates with the SCO.

The underlying point is that North and South America, Britain, Japan and Australasia in the final analysis are less important than Mackinder’s World-Island. There was a time when British and then American primacy outweighed its importance, but this is no longer true. If Mackinder’s theory is right about the overriding importance of undeveloped resources, Russia with the backing of the SCO’s members is positioned to become the most powerful nation on earth.

The SCO is the greatest challenge yet mounted to American economic power, and Russia and China are clearly determined to ditch the dollar. We don’t yet know what will replace it. However, the fact that the Central Bank of Russia and nearly all the other central banks and governments in the SCO have been increasing their gold reserves could be an important clue as to how the representatives of 3 billion Euro-Asians see the future of trans-Asian money.

Ed. Note: Nothing lasts forever. And that’s especially true for paper currencies. When the dollar finally goes the way of the dodo, will you be prepared? Sign up for the FREE Daily Reckoning to receive expert advice on how to secure your finances no matter what happens to the “almighty dollar.”

Would the U.S. have actually invaded Saudi Arabia to seize its oil?… How the U.S. Congress may provoke the Saudis into dropping the dollar…