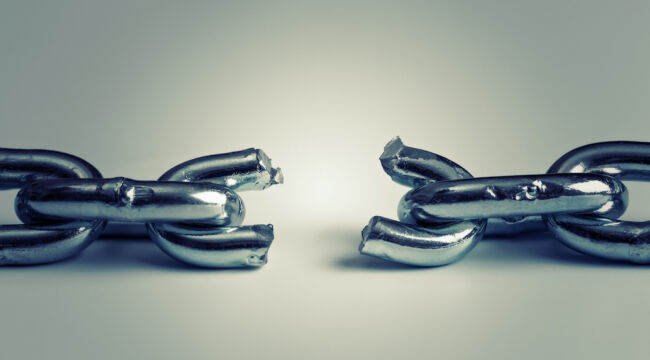 America may be down with disease and disorder. But the stock market is up on faith and the Federal Reserve.

Thus America gets pulled this way… while the stock market gets pushed that way.

As a certain Marshall Gittler styles it, he who directs inves‌tment research at BDSwiss:

We hazard this disconnection may soon span so broad… the average person will see only the market’s distant dust.

We learn the private sector dispensed 2.76 million pink slips of paper last month. This information comes by way of the May ADP National Employment Report.

Yet while the American worker continues falling backward, the stock market raced further ahead today…

Why did bullish optimism win the day?

Thus they “missed” dreadfully — to the downside.

But is the 2.67 million a true figure? Or is it a statistical phantom, a false return?

Even one of the president’s economics henchmen — Mr. Kevin Hassett — scratches his scalp in wonder:

This number is so much below expectation, or what you would get if you built up from the claims number, that I wonder about it… The number is so good, it’s such good news, that I really have to dig deep into it and see if there’s not something funny going on, because it’s pretty far removed from what we’d get if we just added up the claims data and so on from the last survey.

Our wager is on “something funny going on.”

We could be mistaken of course. We would be pleasantly mistaken… if mistaken.

Our hopes are rather with the angels. We are with them.

Friday may nonetheless reveal a clearer image. That is when the United States Department of Labor issues its own, more comprehensive unemployment report.

Economists as a body forecast 8 million total May pink slips.

They further project the May unemployment rate to come in at 19.7% — a good stretch past April’s 14.7% — and the worst since the Great Depression.

A 19.6% reading would nonetheless defeat consensus. The stock market would likely declare a victory, run further ahead… and speed further from view.

The United States economy — meantime — may scratch, may claw to merely keep up.

When may unemployment return to its pre-pandemic lows?

To steal a possible glance into the future… let us first look back to the certain past… to the previous recession.

Pre-pandemic unemployment would come back in 2026.

Again we declare for the angels. We hope these industries emerge intact… and far sooner than we imagine.

But we fear the angels face long odds.

Meantime, today’s debt burden sits heavier on the economy than in 2008. And debt drags on an economy… as an anchor chain hung about a man’s neck drags on the man.

Total pre-pandemic debt levels ran to $75 trillion or some other enormity. And debt is coming on in heaps.

Headway will therefore be limited, the sledding more difficult.

And the line forms a downward arc:

These two gentlemen draw up to this conclusion:

“The economic growth rate going forward may be half of the already weak pace heading into the current recession.”

As we have asked before: From what sources will growth originate?

It represents businesses that will never do business.

Yet a string of annual losses are not…

Jim Rickards estimates the United States would be $4 trillion wealthier.