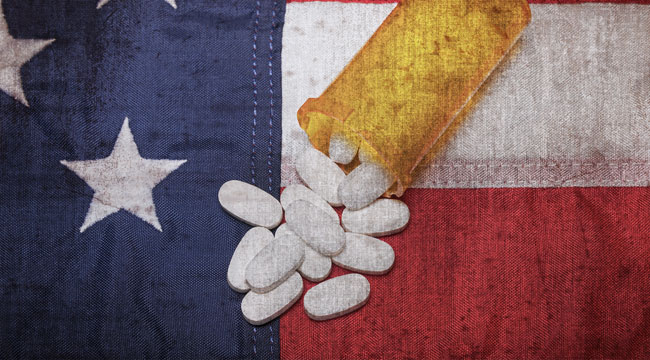 The Government Regulation That's Been Killing for 50 Years

By the end of the week, 1,700 liberty lovers are expected to stop in at Roger’s Campground in Lancaster, N.H., to see what the Free States Project’s PorcFest is all about. The crowd is openly carrying side arms, rifles, and other weapons, while engaging in all sorts of commerce: accepting dollars, silver, and Bitcoins (leave your plastic at home).

By the way, I can now say I’ve seen my first 3-D printed handgun and have some Bitcoins metaphorically jingling around in my Droid.

There are plenty of talks from the likes of LFC business cycle guru Robert Murphy, David Friedman (son of Milton), Yuri Maltsev, and yours truly. And for the less theoretical, there are classes like Learn to Build Your Own Black-Powder Rifle.

This morning, a friend told me of eating some bear meat last evening. As it happens, a car struck and killed a bear near the event, and an enterprising PorcFester was able to secure an available fire and grill late in the evening while the meat was still safe to cook and eat. This illustrates the kind of can-do of individuals attending PorcFest.

It will not surprise you that a crowd like this has no illusions that Obamacare will make the nation healthier. Americans are dying at the hands of government, and Obama’s Patient Protection and Affordable Care Act, as Dustin Hurst mentioned in his article the other day, will only make it worse.

Physician Mary Ruwart told a PorcFest crowd just how bad government has mucked up health care in her talk, titled The ONLY Solution to the Health Care Crisis. Dr. Ruwart worked for pharmaceutical company Upjohn for 19 years. Her talk focused on how costs have accelerated due to government regulation. In her view, regulations are 50-90% of costs in the pharmaceutical area.

Ruwart says what this did was expand the window to gain approval from the Federal Drug Administration (FDA) from an average of 4.5 years to 14-15 years. This tripling of approval time has forced drugmakers to shift costs from innovation to development.

How many people have died because companies don’t create new lifesaving drugs? Who knows? As Frederic Bastiat explained in his “broken window fallacy” and Henry Hazlitt made clear in Economics in One Lesson, there are costs that are incurred and distortions created by government policies that are impossible to quantify, but should never be ignored. However, Dr. Ruwart takes a stab at what the 1962 amendment has wrought. She says it has killed 100 times more people than it has saved.

In a 2005 piece for LewRockwell.com, Dr. Ruwart estimated, “The amendments might have saved, at best, 7,000 lives. In contrast, many more died waiting the extra 10 years for lifesaving drugs. According to my calculations, about 4.7 million people died over the last 40 years while the lifesaving drug they needed was tied up in regulatory red tape!”

Eighty-five percent of pharmaceutical costs are due to Kefauver-Harris, she said. Which means that prescription you’re now paying $100 for would be $15 if not for the amendment. The good Dr. Ruwart says it has single-handedly doubled total health care costs and has made treatment, instead of prevention, the norm.

If a drug isn’t a slam-dunk, like, say, Viagra, it won’t be developed. When a new drug is developed, a patent is obtained and then approval from the FDA is sought. But in many cases, the timeline for approval is too long, and the patent window will close before costs can be recovered.

Just like everything else, life and death is an economic matter. While government thinks it is saving sick people from deadly drugs, many, many more are dying because breakthrough drugs are being kept from the market. Only government bureaucrats would think it makes sense to keep a potential lifesaving treatment from a sick person for fear the drug might kill them instead of the disease.

Dr. Ruwart related a personal story about a drug she filed a patent on to treat fibrotic liver disease with prostaglandins. An FDA examiner called her personally. “You must encourage your company to develop this product,” he insisted. “We lose 100,000 people each year to fibrotic liver disease, and we have absolutely nothing to offer.”

However, the Kefauver-Harris Amendment demanded especially long, difficult, and expensive studies. As she said, “If we guessed wrong the first time and had to repeat years and years of studies, our patent would run out and we’d never recoup our investment. In spite of the FDA’s support, we had to abandon this potentially lifesaving drug.”

The health care crisis can be solved only with deregulation, but instead, 906 pages of Patient Protection and Affordable Care Act regulations are being thrust upon us. No doubt it will be even more damaging and will cost more lives than the Kefauver-Harris Amendment. Dr. Ruwart predicts Obamacare will be “a total disaster.”

And just to add insult the injury, the Government Accountability Office (GAO) lists 47 new taxes and regulations that Obamacare requires the IRS to manage. Yes, the agency that is currently dealing with its own tea party discrimination scandal.

You can move to New Hampshire to live free or die with libertarians as a part of the Free State Project. But Obamacare is still coming…