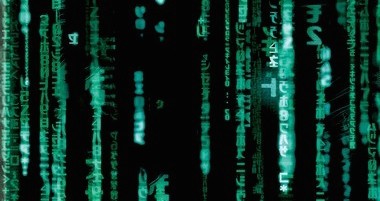 The Fifth Domain of War Is Heating Up

If you’ve read the news at all lately, you know that the “Fifth Domain of War” is heating up.

According to CNN, “Four million current and former federal employees, from nearly every government agency, might have had their personal information stolen by Chinese hackers, U.S. investigators said.”

This story from last month is all part of our “Fifth Domain of War” theme — the idea that cyberwarfare and cyberterrorism are going to play a major role in the global military space. And that the U.S. is building a “secret” army of its own cyberwarriors.

We’ve done well with our “Fifth Domain of War” recommendations in Military Technology Alert, too — booking over a 75% average gain since August 2013.

Today, however, I want to share with you a new angle on cyber — and a familiar “Fifth Domain” company that’s in the right spot. Let’s have a look…

“What’s the BEST cyber play for the defense sector?” asked one reader in an emailed comment.

Great question! But I have to reply along the lines of… what part of defense cyber do you want to cover?

There’s the idea of defending against cyberattacks. Some companies specialize in just that. There’s also the companion idea of offensive cyber, in which our side reaches out and touches other people. We have companies where that capability is right up the alley.

Then there’s cyber in the realm of electronic warfare, requiring ultra-fast switching to analyze inbound signals and emit something nasty back at the other guy. It’s a world unto itself, in many respects.

There’s cyber in the arena of signal processing for complex tasks like, say, aerial battlespace management. Now we’re talking about integrating all manner of radar signals and returns, and incorporating arrays of algorithms to compensate for rapid motion, intercepts, collision avoidance and much more.

There’s cyber in the sense of just day-to-day management of the complex Department of Defense, and service-specific ways of doing things. Or training and simulation.

All this and more… And in short, there’s lots of cyber out there. Still, I have in mind one particular company that answers the reader’s question.

Since 2007, this firm has bought out fourteen other cyber-related companies. This firm is growing its government cyber business fast — in the order of 20% per year. It’s rapidly becoming a “go to” play for DOD and service cyber procurement offices. The magic secret to success is that this company gets the job done. Period.

Indeed, this company is already a DOD household name. Yet, it approaches cyber in sort of a “Silicon Valley” kind of way — very “un-DOD,” to coin a phrase.

That is, and unlike the case many other tightly-controlled defense business hierarchies, management at this company understands that it’s necessary to give people freedom to think widely, and indeed to experiment. Top executives and board members not only allow business units to make bets on new technology and approaches, but also to experience failure.

The thing is, after all, if you haven’t failed a few times in Silicon Valley, you’re not a success, right? It’s kind of like how things worked long ago with Thomas Edison, who once noted that he didn’t just have to go through nearly 1,000 failures before experiencing success. It’s that he figured out 999 other ways not to do something, until he hit on the right approach.

Basically, this company has a culture that supports independent research and development (IRAD) over time. Oftentimes, there’s no clearly defined use for what the scientists and engineers are working on and figuring out.

Then again, in our fast-moving world, new tech tends to find its own place when the need arises. One never knows when some item of tech or another can come down off the shelf, and make a big contribution. Part of the process, though, is understanding how to transform new ideas into something that can win in the marketplace.

During the Cold War, the DOD could operate on, say, 20- and even 30-year time frames for system development. It was the big, lumbering, U.S. military-industrial-Congressional complex (MICC), versus the big, lumbering Soviet military complex, with all its design bureaus and Five Year Plans. We still see lots of that Cold War approach in the way that DOD operates. (Yes, it’s better than it used to be; but there’s much room for improvement.)

Anymore though, the world in which we live doesn’t afford the luxury of lengthy development times. Reminds me of what Napoleon said to his generals during the invasion of Russia. “Ask me for anything, sirs; anything but time.”

Today however, a truly successful company can’t get into a 30-year rat race on a traditional developmental treadmill. A company that wants to survive and prosper has to place its IRAD money into play, and have the right instincts to “bet right.”

Consider, say, the use of gallium nitride (GaN) in electronic circuits. This was a big idea about 10-15 years ago. Many firms placed money on the table, working on GaN.

Specifically, GaN works well in signal processing. It’s fast and delivers phenomenal results. But GaN also has big problems. GaN uses lots of electrical power, in a small volume of material. As you can likely figure out, this leads to heat buildup, and heat leads to what’s called “circuit fatigue,” and eventual equipment failure. Thus many companies gave up on GaN.

However, the company that I’m about to show you has managed to make GaN work. The company’s labs installed GaN, and delivered products to government buyers that offered high-power and high efficiencies. Indeed, GaN became a key discriminator in competitions for advanced equipment and systems like Next Generation Jammer, Air and Missile Defense Radar, and the 3D Expeditionary Long-Range Radar.

Now, this company is making a major push into cybersecurity. Per management, cyber will pervade everything in years to come. Cybersecurity will have to be embedded into everything, and a key component of all solution sets to all problems; otherwise, even the most sophisticated military systems will be hacked and defeated.

Going forward, cybersecurity engineers will be part of everything. They’ll be involved in answering requests for proposals; in design and development; in integration and testing; and certainly in manufacture, production and life cycle.

That’s where the defense industry is headed. Which gets back to that initial question. What’s “the BEST cyber play” in the defense sector? Right now, my call is Raytheon (RTN: NYSE) and its newly formed, fast-growing division called Raytheon Cyber Products.

Yes, there are other cyber plays out there, large and small. Some of these plays might even get bought by Raytheon, or bought by some other defense giant that decides to go into cyber in a big way — as opposed to just following a path to irrelevance and oblivion.

One way or another, cyber is and will remain a key play for defensive investors. For now, I’m highlighting Raytheon because the company exhibits a truly “out front” approach to making it all work.

How to Profit from the Scariest Chart on the Internet

Cybercriminals are everywhere. And they’re becoming more savvy by the day. Today, Greg Guenthner discusses how growing concern against cybercrime has created traction in our favorite cybersecurity plays.