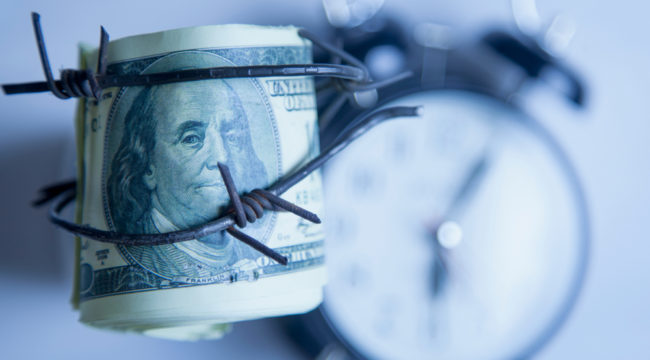 The Looming Crisis You’re Not Hearing About

All the talk about Russian tampering with the 2016 presidential election, which is vastly overstated by the way, diverts attention from the more fundamental problem:

The vulnerability of America’s critical infrastructure to cyberattack by hostile actors.

These are large, complex systems that affect the entire country. And they are computerized and automated like never before. The scale and degree of interconnectedness are increasing, which creates great vulnerabilities.

If any of them fail, it could lead to massive disruptions, panic and social unrest.

Look at the chaos that followed Hurricane Katrina in 2005, for example. That was an interesting case study in what I call the veneer of civilization and how quickly it can break down under emergency conditions.

Imagine what would happen, for example, if a virus implanted in the control system of a hydroelectric dam opened floodgates to inundate downstream targets, killing thousands by drowning and destroying bridges, roads and agriculture.

Now, the operations of most nuclear power plants use older analog systems, so they aren’t vulnerable to cyberattacks. They aren’t connected to the net. It’s one case where older and less sophisticated is better.

But hackers are extremely creative, and increasing digitization of these plants could allow hackers backdoor entry points into critical operating systems. I don’t need to spell out the possibilities.

Or think of what would happen if the power grid went down for an extended stretch. Imagine what it would mean for air travel if air traffic control systems were down for a long period.

Without electricity, how do you pump gas? Pumps have electric power so gas stations wouldn’t work. How would trucks get the fuel to transport food to supermarkets throughout the country? Stores would run out of food in no time. Traffic lights wouldn’t work, so huge traffic jams would paralyze cities.

We got a small taste of widespread power outages in August 2003, when a massive outage in the northeast affected about 45 million people in eight U.S. states.

Official sources said that a squirrel ate through a wire, which caused a power surge that led to cascading failures in the entire system. Next thing you know, tens of millions of people were without electricity.

Most people got their power back within two days or so. But what if the system was down for weeks or longer? And what if it happened throughout America?

I’m not sure I believe the official story about a squirrel causing the incident, but the larger point is that isolated events like that can have widespread consequences for the entire system.

The electric grid is a “system of systems,” connected through communications networks of increasing complexity. Over the next 20 years, data flowing through the system will far exceed the amount of electricity flowing through it. And that makes it more vulnerable to disruption.

It might sound like I’m trying to frighten people here, but I’m not. I’m just trying to get them to prepare.

A lot of people think the experts have things under control, that they can contain any damage and that any problems will be very temporary.

None of those assumptions is true.

First off, these systems can and do fail. They fail with greater frequency than most people understand. They are highly interconnected and they crash into each other in unexpected ways. And they can get out of control very fast.

In fact, it’s the experts, the people who I interact with, who are saying, “No, you don’t understand. This is going to go down. We are highly vulnerable. We don’t know exactly when. We don’t know exactly the extent. That’s very hard to predict, but we are certain that these systems are going to fail, and anyone who’s not prepared for that is being extremely shortsighted.”

So the experts are very worried, while everyday Americans are complacent.

It comes back to complexity theory.

At some point, systems flip from being complicated, which is a challenge to manage, to being complex. Complexity is more than a challenge because it opens the door to all kinds of unexpected crashes and what are technically called emergent properties. Their behavior cannot be reduced to their component parts. It’s as if they take on a life of their own.

Complexity theory lends you greater insight into where you’re going.

I’ve studied complexity theory intensively for decades now. It’s had success explaining phenomena in fields such as climatology, seismology and many other dynamic systems.

Below, I show you how to protect yourself against hackers and other forms of financial warfare. Read on.

Editor’s note: This unofficial three-minute video you’re about to see has not been sanctioned by the U.S. Social Security Administration.

Every American adult needs to know the truth about the average Social Security benefit.

Just make sure you see this critical message today. It’s coming down tonight at midnight.

You’ll understand why this message from our publisher is so URGENT once you click here and watch this short video.