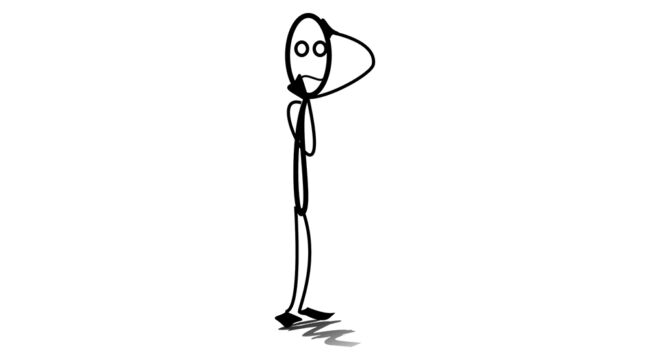 The stock market was up big today, but it was nothing compared to last Thursday’s huge rally. In fact, last Thursday was one of the wildest days of trading in the history of Wall Street.

But don’t mistake that for the return of good times. It simply serves as a good example of just how volatile markets are these days — and the power of narratives to challenge fundamental analysis.

In other words, there’s a lot less there than meets the eye. Let’s break it all down…

The action started at 8:30 Thursday morning when the government released inflation data that showed consumer prices had surged 8.2% in September on a year-over-year basis.

The clear implication of this was that the Fed would continue tightening including a 0.75% rate hike on Nov. 2 because the fight against inflation was nowhere near over.

Then the narrative took over and stocks soared.

Substantively nothing had changed. But a new narrative took over market psychology. What was it? The narrative is a version of the old saying “Bad news is good news.”

Traders said that the more extreme version of Fed tightening expected would kill inflation faster than expected and set the stage for interest rate cuts early next year. Those expected rate cuts would be good for stocks, so it makes sense to buy stocks now!

But this narrative is nonsense for several reasons. The first is that the Fed has made it clear they have no intention of cutting rates anytime soon.

Inflation may come down but the Fed’s target rate is 2% and the current 8.2% is still a long way away.

The second problem is that if the Fed actually did cut rates early next year it would not be a sign of success but a sign of dismal failure. It would mean that the economy was in a severe recession, which would be awful for stocks.

The Thursday turnaround was a highly condensed version of the Fed pivot narrative that caused stocks to rally in late July until mid-August. Markets seemed to come to their senses on Friday when a sharp decline occurred in response to the previous day’s rally.

There will be no Fed pivot, at least not for a while. It’s just another bear market trap. Don’t fall for it.

Meanwhile, I want to address a conundrum that the Fed faces with respect to inflation…

The national debt is over $31 trillion. Total U.S. debt, public and private, is over $92.6 trillion. Inflation lowers the real value of debt, which makes that debt easier to pay.

That raises a fundamental question: If inflation is one way to manage excessive debt by melting the real value of the debt, why is the Fed so dead set against inflation?

Why is it trying to reduce inflation if inflation is the ultimate way out of the debt?

Of course, taxation is one way that governments take money from citizens to pay off government debt. But taxes are unpopular and hard to get approved by Congress.

So inflation works the same as a tax increase except that you can’t see it and Congress doesn’t have to lift a finger. So, again, why is the Fed undertaking a crusade against inflation?

The answer to the question requires understanding the difference between high inflation and low inflation and the basic math of debt monetization. Here’s a simple example:

Inflation is a form of theft from savers, consumers and those on fixed incomes. Imagine a mother has $50 in her purse in small bills. Her 9-year-old child wants to steal the money from her to buy candy. But he knows that if he takes all $50 he’ll be discovered and punished.

Instead he takes $3 on the view that Mom won’t notice. That might work. It’s the same with inflation.

‘We Can’t Make It Look Obvious!’

If inflation is 8% or 9% everyone notices, politicians lose elections and central bankers get hounded out of office. But if inflation is, say, 2% then hardly anyone notices.

So central bankers and politicians are not against all inflation. They’re just fine with inflation of 2–3% that will destroy the value of the debt. It’s much more subtle and it just takes more time.

But they’re not fine with inflation of 6% or higher because people notice and it embarrasses them. It makes them look incompetent (which they are). There are adverse consequences to that kind of inflation that the Fed wishes would go away.

The Fed wants to be the kid who slowly steals his mother’s money to buy candy. It doesn’t want to get caught by stealing it all at once.

Seen in this light, current efforts by the Fed to reduce inflation should be understood not as eliminating inflation, but merely reducing it to the point where Mom (and voters) won’t notice.

They want inflation to live up to its reputation as the “silent thief.”