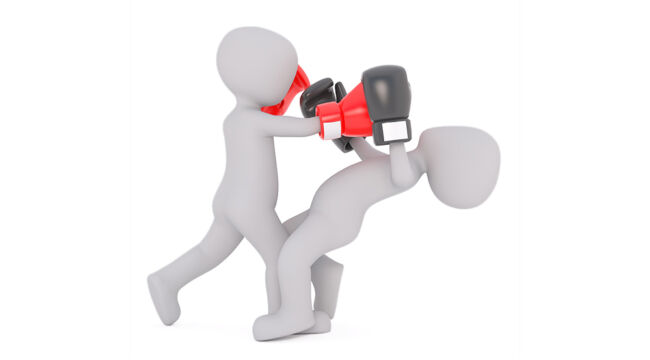 The Fed vs. the Economy

Right now, it’s basically a case of the Fed versus the economy. You might say, “Wait a second. Isn’t the Fed supposed to help the economy?”

Well, not exactly. They may want to help the economy, but helping the economy actually isn’t job one. Job one is helping the banks. The Fed was essentially created to prop up the banking system and prevent bank runs.

Everything else it tries to accomplish, such as price stability and maximum employment, comes second.

So it’s not clear that the Fed’s always aligned with the best interests of the economy. People don’t realize that, but it’s important to keep in mind.

Everyone knows the Fed’s raising interest rates right now. But which rates? The rate that the Fed actually raises is called the fed funds target rate. And what is that?

It’s an extremely short-term rate. The Fed targets that rate as a way to control the money supply and perhaps tweak inflation or achieve other economic goals.

The Fed Is Targeting a Rate That No Longer Exists

I don’t want to get into the mechanics of the banking system, but here’s the essential point I want to make:

There hasn’t been a real fed funds market for about 12 or 13 years, ever since the Fed began flooding the system with money during the Great Financial Crisis. Today, reserves are close to an all-time high.

In other words, the banks have excess reserves. Their actual reserves are multiple trillions of dollars in excess of the requirement. So there is no shortage of reserves.

There’s no overnight lending for reserve requirements, because all the banks have excess reserves.

So the Fed is targeting a rate that doesn’t exist anymore. Why are they doing it?

But this money is basically sterilized. It stays within the banking system without making its way into the real economy. That’s why all the QE the Fed engaged in after 2008 never led to consumer price inflation.

The inflation we’re seeing today has nothing to do with QE (more on that in a minute). Now people say the Fed’s raising interest rates. But it’s not that simple.

The Fed Has Limited Influence Over Long-Term Rates

The Fed really only controls that overnight rate. It doesn’t have that type of control over longer-term interest rates like those on the 10-year Treasury note, for example.

The Fed can target 10-year note rates to some extent with quantitative easing or quantitative tightening, through buying and selling them in the market. They can move the rate around a little bit, but that influence is limited.

The market for 10-year Treasuries is much, much larger than the Fed. It’s the deepest and most liquid market in the world.

So the Fed’s really targeting one minor rate, the overnight rate. It’s a really narrow target.

They don’t control long-term interest rates directly, nor do they have the capacity to do so.

So how does raising the fed funds rate reduce inflation?

There are two major sources of inflation. There’s the supply side and there’s the demand side. Either one of them can drive inflation, but they’re very, very different in terms of how they work.

Actually, I need to refine my comments about oil shortages. Rising gasoline prices don’t have all that much to do with the oil supply. There’s not a shortage of oil, but in the United States, there’s a shortage of refining capacity.

So there are increasing shortages in some of the refined products, and that also accounts for today’s extremely high prices. And transportation costs go into the prices of everything.

No, they don’t do any of those things, and so they can’t fix that part of the problem. Raising interest rates has no impact on the supply side shortages we’re seeing. And that’s where the inflation’s coming from.

Since the Fed has misdiagnosed the disease, they are applying the wrong medicine. Tight money won’t solve a supply shock. Until the supply shortages are fixed, higher prices will continue. But tight money will hurt consumers, increase the savings rate and raise mortgage interest rates, which hurts housing.

Then there’s demand-side inflation, called demand-pull inflation. That’s when people build inflation into their day-to-day behavior, when they think inflation’s here to stay.

They say, “Well, I was thinking of buying a new refrigerator. Better go get it today because the price is going up.”

The same logic applies to buying a new car, a new house, etc. The motivation to buy now accelerates demand because consumers think the price will only go up. These expectations can take on a life of their own and feed on themselves as people rush to the stores.

Supply can’t keep up, which is a recipe for higher prices. We’re not there yet. We’re not at the demand-pull side, but we’re dangerously close.

Are you running right out today to go buy a new refrigerator because you fear the price is going up? Probably not. You’re certainly aware of price increases; you see them at the pump and at the grocery store. But at least so far, that part of the behavior has not changed very much.

The Cure May Be Worse Than the Disease

Here’s the point: The Fed can’t create supply but it can destroy demand. If they raise interest rates enough, mortgage rates will rise and monthly payments with them. People will stop buying houses and credit card balances will rise because they’re paying higher interest. Financing starts to dry up, which spreads throughout the economy.

They can destroy enough demand to maybe bring inflation down, but only by destroying the economy. And that’s the point. The idea that the Fed can squash inflation without squashing the economy is false.

I’m afraid we’re going to find that out the hard way.