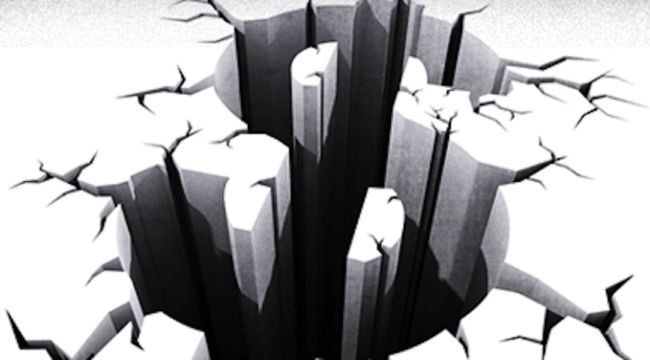 The Fed Is in Way Too Deep

As if the Fed didn’t have enough on their plate, they’ve now been dragged unwillingly into the currency wars and trade wars raging around the world.

As we know, the Fed’s main jobs are said to be price stability and low unemployment. That’s the famous “dual mandate” legislated in the Humphrey-Hawkins Act of 1978.

And that was a long way from the Fed’s original job, which was simply as lender of last resort in event of a banking crisis.

But the reality these days is that the Fed has one and only one true mission, which is to bail out the banking system from time to time when banks are failing due to bad lending, overleverage or failed proprietary trading.

The Fed is not supposed to interfere in currency markets (that’s the Treasury’s job, although Treasury can use the New York Fed trading desk when they wish to intervene), and the Fed should not be involved with trade issues at all (that’s the job of the White House and the U.S. Trade Representative).

But market factors are so interconnected today that the Fed can’t keep out of trade and currency fights even if they want to.

Lower interest rates can make the dollar weaker (unless foreign central banks cut rates even faster than the Fed, in which case the dollar can get stronger).

Major trading partners and emerging-market economies all watch the Fed to see what they should do with their interest rate policies to help their own export positions.

The Fed has now been drawn into practically all global economic struggles because of its control over U.S. interest rates, and, indirectly, the values of the dollar, bonds, stocks and other major asset classes.

This predicament is made worse by the fact that the U.S. is in a presidential election cycle. The Fed might appear to favor Trump’s reelection by cutting interest rates, a perception it wants to avoid.

Yet it may have to cut interest rates anyway to avoid a recession and higher unemployment. The Fed would like to be nonpolitical, but it has been drawn into the eye of a major political storm.

To prove how deeply the Fed is intertwined with politics, consider the recent comments of Bill Dudley, former president of the New York Fed.

There’s even an argument that the election itself falls within the Fed’s purview. If the goal of monetary policy is to achieve the best long-term economic outcome, then Fed officials should consider how their decisions will affect the political outcome in 2020.

It doesn’t get much more political than that. The Fed’s sure come a long way since its original purpose of preventing another banking crisis.

Dudley’s tried to walk his comments back within the past few days. But they speak for themselves.

The simple fact is the Fed is deeply political.

But below I show you how Trump has some very powerful economic weapons at his command that no one can strip away. Read on.