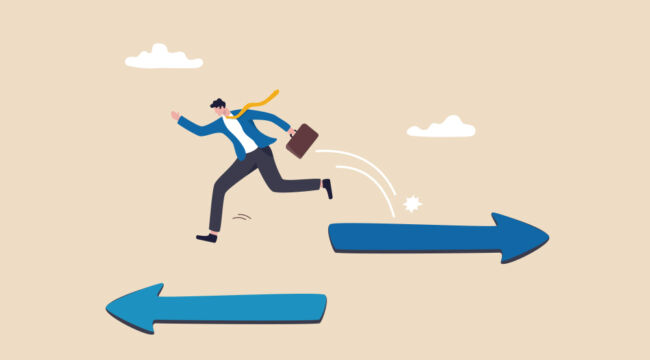 To cage the inflationary tiger presently amok, it would likely plunge the economy into severe recession…

Yet if it navigates a wallowing economy away from recession, inflation will run and run and run.

But is it a false choice? Must the Federal Reserve bludgeon the economy to cripple inflation?

Consider: It believes it must strangle off excess “demand” in the economy. It is this excess demand that keeps inflation a going concern.

The Keynesian prayer book from which most economists read says it. High priest Paul Krugman, drawing on the Book of Demand:

The problem may be that the Biden economy boomed “too much,” feeding inflation, and that it now needs to cool off, which may involve a recession (but hasn’t yet).

The right thing to do is to raise taxes right now to take some of the demand out of the economy.

A lesser clergyman — Harvard professor Jason Furman — affirms that the “economic logic for demand reduction to curb inflation is clear.”

Just so. But it is this ceaseless obsession with “demand” that afflicts and hagrides the economics profession as we see it.

What about its twin — supply?

The economics profession has forgotten its Say’s law — that supply creates its own demand. “Products are paid for with products,” argued Jean-Baptiste Say over two centuries ago.

Consider this one example…

They may transact in money, it is true. Yet money merely throws an illusory veil across their transactions.

Again: Supply creates its own demand. To increase supply is to increase demand.

When the government attempts to increase demand with no production to match it… it attempts to outlaw Say’s law.

What happens when the happy marriage of supply and demand is driven to divorce, to artificial rupture?

During the Great Depression the wiseacres of the economics profession consecrated themselves to raising “demand.”

The farmers were in a bad way, they argued. These sad sacks could not fetch enough money for their produce or their livestock. They were wanting in the way of demand. And so they needed a hand up.

A program was therefore required to raise prices, to increase their demand. The brain trust then in operation hatched a beautiful scheme. What was it?

To set fire to the crops and murder the livestock.

That is correct — to set fire to the crops and murder the livestock.

The business would increase farmer demand (while decreasing consumer supply).

For emphasis: They did not butcher animals to bring them to market — but precisely the opposite — to keep them off the market.

Ponder for one moment the reality of it:

Millions and millions starved. Yet the food to feed them was destroyed on hellish and industrial scales — to increase demand for one group.

It is very nearly inconceivable. But there you are.

Today’s monetary authority wishes to collar inflation by throttling demand. Yet the result is also a throttling of supply.

What is the answer to today’s galloping inflation? Not reduced supply… but a stable dollar. John Tamny of RealClearMarkets:

Reduced economic growth via “higher taxes, lower government spending or a combination of the two” will tamp down rising price pressures. Except that these won’t… measures taken to reduce “demand” will by definition reduce supply… Actually, the inflation answer is a stable dollar. Nothing else…

The dominant ideologies of today (and yesterday) are still captivated by a cart-before-the-horse, demand-side view of the world…

Conservatives [also] think shrinking demand is the answer. In their case, their critique of government spending is that it fosters “excess demand” on the way to higher prices. Except that it doesn’t.

While the arguments against government spending are too numerous to list, the latter doesn’t cause higher prices born of “excess demand.” We know this because government can only redistribute wealth and “demand” insofar as it reaches into the pockets of the productive.

All demand is a consequence of supply, period.

Will someone please notify the Federal Reserve?