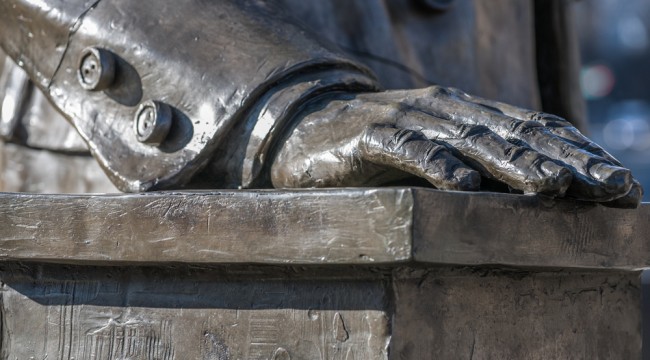 For the first time in U.S. history, a woman is now at the reigns of America’s central bank. It’s a daunting and monumental task, and we have every confidence that Ms. Yellen will ably follow in the footsteps of her predecessors. Today we take a look back at the words she recited before taking charge of the U.S. money supply, and by extension, the safety and security of the entire global financial system:

I, Janet Yellen, do solemnly swear…

To create, out of thin air, as much money as humanly possible with complete disregard for the safety or security of the financial system I am charged with protecting;

To drone on incessantly about the inherent complexities of monetary policy, which I shall fervently insist can only be understood by me and a handful of other economists at the Fed;

To speak in a low, monotonous tone that would encourage even the most comatose patients to beg for a swift and painless death;

To coin at least four new phrases for “money printing” that will make it appear as if I am not printing money;

To vehemently deny any accusations of blatant money printing, despite the fact that I am indeed printing money;

To print money and then testify before Congress that I am not printing money, regardless of how much money I’ve printed or intend to print in the future;

To use of at least one outlandish metaphor for providing liquidity to the system (e.g. “dropping money from helicopters,” albeit something less outlandish);

To help create at least one massive financial bubble, allow it to pop, deny I had anything to do with it, then add more liquidity to the system in order to “save the world” and/or win a Nobel Prize;

And to leave the U.S. economy in generally worse condition than the one in which I found it.

This I promise, in John Law’s name, forever and ever, Amen.

[Ed. note: To receive even more insight into the mind of a Fed Hed, be sure to sign up for The Daily Reckoning, for FREE, right here.]