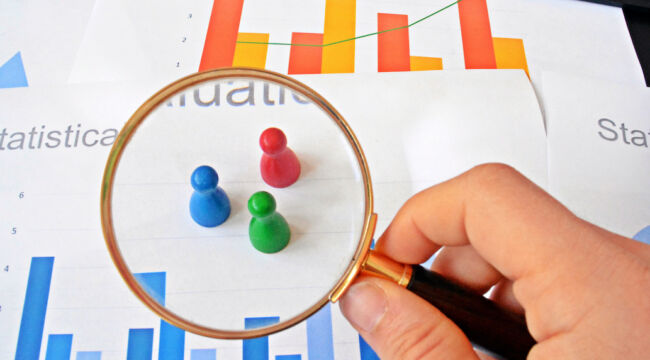 The Evils of Government Statistics

The official unemployment rate is 11%. Yet we remind you:

Thus we wonder… What is the truthful unemployment rate?

But first to another extravagant fiction — the stock market.

The Dow Jones advanced another 159 points today on its march towards 27,000. The S&P squeezed out a mere five-point gain.

Facebook, Amazon, Netflix, Microsoft and Apple each shed over 1%. Why?

CNBC informs us that traders booked profits after a splendid run. Each of these behemoths have surged at least 2.6% since July 1.

What is the genuine unemployment rate?

A Boost to GDP?

Assume the government pays a fellow to shovel a hole. Assume further it pays him to shovel it back in.

Have you? Or have you merely witnessed a madness?

Or if the government adds one cup of water to one cup of milk… do you have two cups of milk?

And as we have argued before: Statistics are the bureaucrat’s fiercest weapon…

That is, the statistician is the government’s roughneck, its henchman — its goon.

He does its bidding.

Without his statistics the government is a plodding doofus… a lunatic canine forever after its tail… a blinded, fumbling cyclops speared through its one and only eye.

But this graspless, senseless, sightless beast is an actual blessing to American liberty.

What is more, statistics are the “eyes and ears” of government:

What It Means to Be Governed

And to be governed… as explained 19th-century philosopher Pierre-Joseph Proudhon:

We might file additional torts against the business of governing. Yet we operate on a tight word count… and space is dear.

But government employs statistics as a highwayman employs a pistol… and for precisely the same purpose.

But to return to our original question: What is the true unemployment rate — if not 11%?

We turn to our own Charles Hugh Smith for light:

As always in the wonderful world of statistics, especially politically potent ones, it depends on what you measure…

Everyone who digs beneath the headline numbers of employment/unemployment soon discovers a number of jarring anomalies in what the media presents as “factual statistics.”

To what “jarring anomalies” does Charles refer?

The first is that the Bureau of Labor Statistics (BLS) doesn’t actually count the number of people who are employed/unemployed; they rely on a sampling survey of employers, which is more like an election poll than an actual measurement.

Secondly, they estimate the number of new businesses which are “born” and existing businesses that “die,” and then guesstimate the number of additional employees this real-time churn generates. This birth/death model is notoriously inaccurate, as it ignores little things like pandemics and is often magically revised to create or eliminate hundreds of thousands of presumed jobs.

Here Charles scatters the statistical fogs… and exposes the deception enshrouded within:

State unemployment offices tabulate the number of unemployment claims received and processed. These are real numbers, not guesses like the BLS estimates.

These numbers indicate unemployment not at 11%… but a depression-level 21%:

The BLS reported that the U.S. employed workforce stood at about 152 million in February. With 32 million claiming unemployment, that’s an unemployment rate of 21%.

[They] ignore the 14.3 million contract/gig workers who are currently drawing emergency Federal unemployment via Pandemic Unemployment Assistance (PUA), and the 936,000 in the Pandemic Emergency Unemployment Compensation (PEUC) program.

But is 21% unemployment itself too wishful?

What About Business Owners?

Even the 21% real-world unemployment rate doesn’t reflect the full unemployment picture: previously full-time workers who have had their hours cut to part-time aren’t counted in unemployment statistics, even though their employment status has changed for the worse.

Then there are the millions of workers who were recalled to work as businesses reopened whose employment is up in the air as the expected return-to-normal has failed to materialize.

And what of business owners themselves?

The Only Good Bureaucrat

We must therefore conclude the authentic unemployment rate exceeds 21%. Not since the greatly depressed year of 1934 has unemployment scaled 21%.

We must further conclude that government statistics are politicized statistics.

We trust them no further than we would trust a dog with our dinner… or a bandit with our wallet.

We trust the government bureaucrat who fabricates these statistics to an identical degree.

This fellow is a scoundrel, a traitor to truth, a menace to American peace and happiness.

He would tell you twice two is not four — if it served his interests to do so.

“The only good bureaucrat is one with a pistol at his head,” said the irreplaceable Mencken.

Just so. Alas, it is the bureaucrat who holds the pistol at our heads…