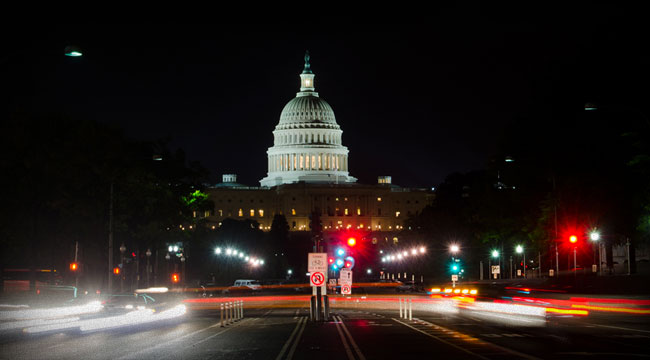 The Establishment’s Been Unmasked

Harvard windbag and former Treasury Secretary Larry Summers recently floated the idea that the Fed should start buying common stocks to buoy the markets. What does that say about the state of the casino?

It means the end is probably near.

That is an act of desperation. That is an idea that no economist worth his salt even 20 years ago would have contemplated for one moment. What in the world would buying stocks do except inflate the value of stocks?

This is about as far from the Keynesian catechism as you can get. As bad as Keynes himself was about so many things, he never imagined half the things that are seriously being discussed today.

So our monetary rulers have pursued policies that have led to a dead end and the looming crackup of bubble finance. It started with the Maestro, Alan Greenspan, in the 1990s. But it’s become a runaway freight train since the Panic of 2008.

Now our monetary masters are flailing about desperately trying to explain why they weren’t wrong and why their policies will work if only another bold extension of that policy were to be embraced at the present moment. They won’t. It’s all desperate nonsense. And that’s the main reason I believe we’re going to have a crackup.

The word that comes to mind to describe all this is “madness.” Today’s policy is the very opposite of what monetary policy attempted to do in the early ‘80s when the Reagan era began. Granted, the circumstances were different then, for different reasons. Inflation was the bugaboo then. Today, Yellen and her fellow dunces in Europe and Japan can’t even generate the 2% inflation they falsely think holds the key to economic prosperity.

Volcker jacked rates to a peak of 20% in June 1981 because inflation had gotten way out of control due to the excess monetary stimulus of the ‘70s. The monetary machinery had gone into overdrive after Nixon closed the gold window in 1971 and Imperial City discovered the unlimited freedom of a printing press unshackled to gold.

Volcker sought to correct that error. So doing, he paved the way for conventional capitalism to heal itself and restart the process of growth, investment and wealth creation.

But the mentality we’re saddled with today is altogether different. Janet Yellen and her merry band on the Federal Open Market Committee (FOMC) think they’re the indispensable twelve. Without them at the dials constantly watching the incoming data and taking appropriate action, the whole economy will go to seed. Rubbish!

That is a foreign conception to the original purpose of central banking. But it’s a measure of how far we’ve waded into the monetary swamps. And none is deeper than the swamp located at the Eccles Building. As I say in my book, Trumped!, it’s created a “mutant capitalism” that really has no historical precedent. Nor does it have any grounding in traditional economic theory. It’s the stuff of cranks.

As I’ve said before, they’re just making it up as they go along. And it’s getting crazier by the day. Larry Summers’ jabberwocky about the Fed buying stocks is just the latest example.

With a properly functioning media, folks like Summers would have been laughed out of town years ago. But unfortunately, the mainstream media is simply the financial establishment’s broadcasting arm.

Make no mistake, the mainstream financial press is Wall Street’s bullhorn. Nothing else matters as long as stocks rise, come hell or high water. And it’s fully on board with the idea that there’s nothing wrong with eight years of “unconventional monetary policy.”

Of course, Washington and the Beltway politicians love that same unconventional monetary policy since it’s kept the yield on the massive debt that they’ve created so low they can pretend it’s practically free.

So you have the worst of both worlds in what I call the Acela corridor. Wall Street and its media toadies applaud this policy because it keeps stocks artificially elevated. And Washington applauds it because it lets them off the hook for the massive fiscal crisis they’ve generated.

And let’s face it, folks: Nowhere is the anti-Trump more evident than the establishment media. The fact is, it’s attacked the Trump candidacy in a way I’ve never seen before.

It’s nothing short of a media jihad, or an assassination campaign. Nothing is too trivial to use as an indictment of Trump’s character, his temperament or his inexperience. This is extraordinary in its intensity, and I don’t think we’ve seen the end of it yet.

In its war on Trump, the so-called liberal press has become downright McCarthyite in its baiting of Putin and its griping about supposed Russian hacking. They’re trying to divert the American people’s attention away from the substance of the leaks. They’re shooting the messenger. Of course, there’s no real proof Russia is the messenger at all. The press is simply parroting the hysteria wafting out of Imperial City’s national security catacombs.

Imperial City and its media errand boys are trying to make Putin out to be another Hitler. Come on! The threat from Russia is thoroughly exaggerated, if it exists at all. But the national security racket needs an enemy to justify its steep price tag.

As I said, all this diversionary talk about Russia is to simply defend the bipartisan status quo against the threat of outsiders and disruptors and people who haven’t been schooled in the fundamental rules of Washington.

Needless to say, the Republican establishment is a major voice in the anti-Trump chorus.

When it comes to the political establishment, there’s only one real party — the Washington party. Its sole purpose is to enrich itself and aggrandize its power. It’s about the establishment squeezing the system for every dime, holding power and perpetuating the regime. I don’t know any other way to explain it.

But the laws of economics will not remain silent forever. It’s only a matter of time before the fantasies of the Welfare/Warfare state ends in a harsh and unfortunate way.

And the “deplorables” in Flyover America can sense it coming. That’s why we have a Donald Trump. The American people have completely and utterly lost faith in the establishment and its media.

Now, it’s not so much that the program Trump put forth is compelling. In fact, his program is hard to discern. It’s more sound-bytes and slogans that seem to change from day to day.

And Trump’s no ideological conservative. He’s not going to start rattling off passages from the Federalist Papers or quoting William F. Buckley.

That message, if inarticulately delivered at times, is why there’s an insurrection unfolding and Trump has become the vehicle for its expression.

The rise of the anti-establishment candidates is the American people’s way of saying, “we’ve had enough.” It’s possible a percentage of Bernie Sanders voters, sick of Hillary, could respond to Trump’s message at the polls next week. That, of course, shouldn’t happen in a rational political universe because Sanders is about as left as you can get. Trump is a far-right zealot in comparison.

Whatever happens, and even if Hillary wins the election, the jig is up for the party establishments and their enablers in the mainstream press. The mask has finally been ripped off, and the American people are seeing the monstrous face beneath.

And there’s no putting it back on.

P.S. I’ve been raising a real ruckus about the election lately, but this is just so important for the future of America. As I have said, TRUMPED! A Nation on the Brink of Ruin… And How to Bring It Back wasn’t a book I was intending to write. But I had to. America faces impending dangers that every voter should know about before the presidential election just one week from today.

In fact, I’m so concerned about what’s going to happen next month that I’m on a nationwide campaign to spread the book and a full Election Season Protection Blueprint far and wide… for FREE.

Whether you love or hate Donald Trump or Hillary Clinton, every American deserves to know the truth about the imminent dangers facing their wealth.

That’s why I’m holding a free copy of my new book in your name. I just need your permission (and a valid U.S. postal address) to drop it in the mail.

Here’s the catch — all of the material I’ve gathered together in this special edition is not available for sale. Not anywhere in the world. Not online through Amazon. And not in any brick-and-mortar bookstore.

Click here to fill out your address and contact info. The book will arrive at your doorstep in just a week or two. And please share it with friends and family. It’s that important.