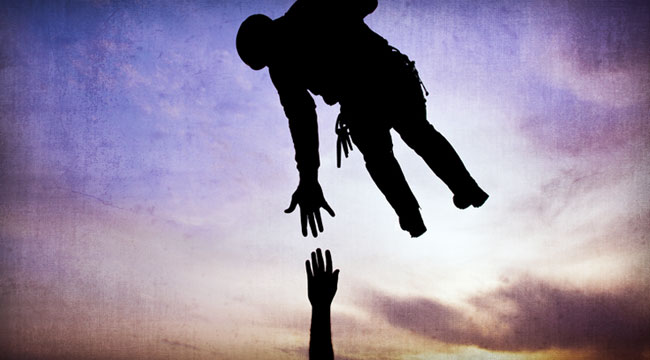 The Enrollment Surge that "Saved" Obamacare

Sign-ups for private insurance through Obamacare were “on track” to hit seven million yesterday, the last official day of open enrollment under the law, multiple White House officials tell the Associated Press.

[Update: White House Press Secretary Jay Carney confirmed that there were at least 7.04 million sign ups by the end of yesterday, and that the final number will be even higher once additional last-day enrollments from state-based exchanges are tallied.]

The political narrative from here is easy to predict: a come-from-behind victory that many thought was doomed. But in many respects, it puts us right back where we started — with critics pointing out its problems, supporters touting its successes, with Democrats attached to the law and all its flaws, and with Republicans adrift, lacking unified plans of their own.

It’s not clear exactly what the final sign-up totals are. Some reports suggest that the seven million mark has already been crossed, and that the final figure might be even higher once state-based exchanges are factored in. But even if the seven million sign-ups figure includes a few expected sign-ups through the special enrollment period that began yesterday for people who attempted to enroll but for whatever reason could not, it’s clear that the last-minute surge in sign-up activity is huge. More people appear to have signed up for insurance through the health law in the last five days of March than in the entire month of February.

So in some sense…the end of open enrollment reset[s] the Obamacare debate.

Actual enrollment will be significantly lower due to non-payment: Between 15-20% of the people who’ve selected a plan in an exchange, and thus been counted as a sign up, probably won’t end up paying the first month’s premium. Non-payment in later months will result in further attrition.

Even still, the end result will be far more robust enrollment than was widely predicted even just a few weeks ago. (Avalere, a healthcare consulting firm that’s been tracking activity in the exchanges, predicted in mid-March that sign-ups would be just 5.4 million at the end of the month.) As a result, the potential problems associated with low national enrollment are unlikely to materialize.

The White House will no doubt tout this as a victory. But if anything, it reveals the goal-shifting rhetorical games the administration has played with the law over the last six months. In September, just before the exchanges launched, Health and Human Services Secretary Kathleen Sebelius said that success was signing up at least 7 million people for coverage by the end of March. By January, with a buggy website and enrollment lagging, White House Press Secretary Jay Carney was backing off of that claim, suggesting that 7 million had never really been the goal. But the celebrations today — the administration’s top technology staffer literally broke out the champagne at 12:01 last night — make it pretty clear that 7 million really was the goal all along.

Hitting the seven million mark is more of a vindication for the Congressional Budget Office (CBO), which initially predicted that about seven million would be covered through private plans in the exchanges this year. What we still don’t know, however, is how well the CBO fared on two other important questions: What percentage of the people covered through the exchange are young and therefore relatively healthy, and what percentage of the people covered were previously insured? Early indications are that the exchange population may be older (and presumably sicker) and significantly lighter on previously uninsured beneficiaries than CBO expected.

To a great extent, then, this is all just an expectations game. Seven million sign-ups is a seen as a big, unexpected victory in the sense that, after wildly lowering expectations by botching the exchanges, the administration managed, at the last minute, to achieve its original headline sign-up goal. The law ended up doing at least some of what most people expected it would do.

So in some sense what the end of open enrollment does is reset the Obamacare debate. Critics who had problems with the law before the exchanges failed, and before sign-ups started to lag, will still oppose the law for most all the reasons they did for the three years when almost everyone assumed that of course Obamacare would expand health insurance coverage. Obamacare supporters, meanwhile, will keep supporting the law for all the reasons they did before.

It’s the same old back and forth — but with one major difference. Now millions of people have health coverage through the law.

Yes, the coverage may be frustrating, and yes, some of those people, perhaps a very large percentage, were previously insured in the individual market. And some may drop their coverage by not paying premiums, or by opting out if rates go up next year. But what matters is that Obamacare is now the vehicle by which millions of people have health coverage. Very few of them are likely to want that taken away.

That will make the Republican message of repeal without a viable, coherent replacement much more difficult to sustain. This was always going to be a problem for the party, which has lacked a unified, coherent strategy on health policy throughout the Obama era. But the failure of the exchanges, and the slow start to the sign-up process, seemed to convince many in the GOP that it was a problem they would never have to face.

I wrote about this a few months ago in a piece called “After Obamacare” for Reason’s print edition. When I pitched the piece in September, before the exchanges crashed, I assumed that it was a problem Republicans would start to face before the end of 2013. But as I continued reporting through the end of October, when most exchanges were essentially non-functional, it became clear that the GOP had decided that there was no problem. Obamacare was failing, and that was all they needed to say. It provided them an out. As one House GOP staffer told me at the time, “There’s just no appetite to lay out an entirely new agenda of ideas.” The entire focus would be on “expanding existing criticism” and “continuing to bludgeon the administration” over problems with the current law. “If Republicans were interested in fixing healthcare, they would have been talking about it much earlier,” the staffer said. “They weren’t.”

Obamacare’s obvious failures gave Republicans an excuse to avoid the hard and divisive work of figuring out what sort of health policy they actually favor. But that excuse won’t hold up much longer.

Ed. Note: Hiding beside misleading numbers doesn’t just happen when the government is talking about healthcare. Think about unemployment numbers. The unemployment rate keeps dropping, yet the economy never gets better. And while this all happens, the FREE Laissez Faire Today email edition keeps an eye out for ways to live a freer, happier and wealthier life no matter what happens. Sign up for Laissez Faire Today, for free, right here.