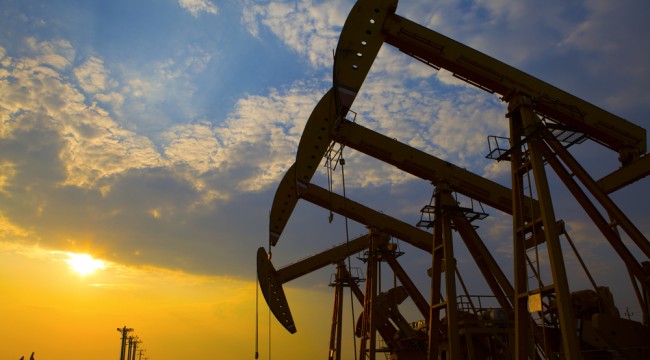 The Easiest Way to Make Millions in America

“Mining, quarrying and oil and gas extraction industries were the most rapidly growing part of our nation’s economy over the last several years,” says Census Bureau chief John Thompson.

Oil wealth has helped propel the size of the combined Texas/Texas A&M endowment to $29.4 billion.

Meanwhile, the Energy Information Administration reckons the United States now produces 10% of the world’s crude. The boom is creating new — and unlikely — millionaires across the Lone Star State.

“There are literally thousands of people out here who are millionaires, and some who are going to be billionaires,” Richard Dockery tells USA Today.

He ought to know; he’s one of them. He used to be a real estate and insurance broker in Three Rivers, Texas, getting by. Now he leases his property to oil companies and co-owns wells. A six-figure check arrives in his mailbox month after month.

He hasn’t let it get to his head; his new 2,400-square-foot home isn’t much bigger than the national average. He has, however made sure his adult daughter won’t be saddled with any debt from going to medical school.

Another beneficiary — the massive endowment that supports both the University of Texas and Texas A&M.

The Permanent University Fund manages about 2.1 million acres of state-owned land in the Permian Basin. Royalties from that land totaled $279 million in fiscal 2009. By fiscal 2013, that number shot up to $648 million.

Oil wealth has helped propel the size of the combined Texas/Texas A&M endowment to $29.4 billion. Only Harvard’s is bigger… and probably not for much longer.

Thomas McGowan is one of the most unlikely Texas oil millionaires.

He spent 23 years in prison for a rape and robbery he didn’t commit. DNA evidence cleared him in 2008. The following year, with the Texas oil boom underway in earnest, the state legislature passed a law guaranteeing exonerees $80,000 for each year they spent behind bars — “by far the nation’s most generous package,” The Associated Press reported at the time.

That makes McGowan’s payout $1.8 million. Strictly speaking, he’s not a millionaire; he’s getting a lifetime annuity worth $40,000-50,000 a year. But “It’s something I never had, this amount of money. I didn’t have any money — period.”

Well, Mr. McGowan, you’ve got it now. And with the U.S. oil boom in full swing, there’s more where that came from.

P.S. Here’s the good news for you: You don’t have to be wrongly imprisoned… or happen to own the right piece of property… to get millions in Texas oil wealth. In today’s issue of The 5 Min. Forecast, I gave readers a chance to discover how they could become “Texas Rich in 60 Days.” And that’s not all… They also received a chance a huge gains from cybersecurity, how to keep the IRS off your back this tax season, and plenty of other great investment insights they couldn’t get anywhere else. Click here to learn how you can join them, right now.