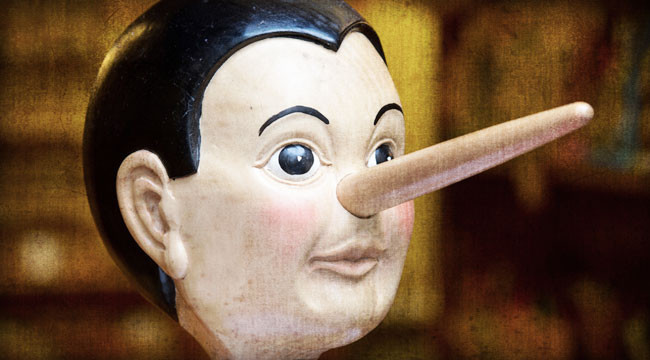 The Death of Obama's "Noble Lie"

Back in 2009, to accuse President Barack Obama of lying about the Patient Protection and Affordable Care Act was to crawl onto a pretty lonely branch. In December of that year, when I leveled the charge in response to the president’s knowing mischaracterization of the Congressional Budget Office’s scoring of his signature piece of legislation, I was called “flagrantly dishonest” by none other than the (rightly respected) civil liberties blogger/reporter Glenn Greenwald.

As recently as November 2012 — more than two years after the administration published grandfathering regulations as part of its health care legislation, rendering ludicrous the president’s frequently repeated pledge that “if you like your health plan you can keep it” — much of the liberal commentariat was calling the electoral contest between Obama and Republican Mitt Romney a referendum on political honesty. The only way for truth to prevail, they argued, was to vote for the Democrat.

By this time, even the president’s defenders were categorizing Obama’s falsehood as, at best, “a ‘noble lie’ in the Platonic sense of the term…”

“We may find out whether a ‘post truth’ candidate can be elected president,” Washington Post Plum Line blogger Greg Sargent warned just before the election. “If there is one constant to this campaign, it’s that Romney has startled many observers by operating from the basic premise that there is literally no set of boundaries he needs to follow when it comes to the veracity of his assertions.”

One year later, as the mainstream press was filling up with blow-by-blow accounts of Obamacare’s brutally inept rollout and extravagantly broken promises, once-proud truth tellers like Sargent found themselves in the unintentionally comical position of downplaying the president’s mendacity. “The White House could have been clearer in laying the groundwork for this political argument: It wasn’t sufficient to say people who like their plans will be able to keep it, which is narrowly untrue,” Sargent wrote. Then he pivoted to the real culprits, declaring that “the GOP outrage about Americans supposedly ‘losing’ coverage is largely just more of the same old misdirection. It’s a subset of a larger Republican refusal to have an actual debate about the law’s trade-offs — one in which the law’s benefits for millions of Americans are also reckoned with in a serious way.”

Such euphemistic apologia and subject changing was common in October and November, as insurance cancellation letters flew into mailboxes by the hundreds of thousands. New York Times editorialist David Firestone, in a piece with the sneering headline “The Uproar Over Insurance ‘Cancellation’ Notices,” referred to Obama’s lie as “President Obama’s unfortunate blanket statement.” The paper’s editorial board averred that Obama “clearly misspoke,” then claimed the canceled policies were “not worth keeping.” House Minority Whip Steny Hoyer (D-MD) told reporters: “I don’t think the message was wrong. I think the message was accurate. It was not precise enough.”

On Oct. 30, the president himself attempted to shift the blame onto “bad-apple insurers,” and he suggested that the cancellations of what his administration was calling “junk” plans were affecting “fewer than 5% of Americans.” The day before, top presidential adviser Valerie Jarrett tweeted, “FACT: Nothing in #Obamacare forces people out of their health plans. No change is required unless insurance companies change existing plans.”

As late as Nov. 4, two days after The Wall Street Journal published a devastating account of how White House advisers had internally debated softening Obama’s absolute claim about being able to keep your health plan and doctor, the president was trying to wriggle off the hook by rewriting his own rhetorical history: “Now, if you had one of these plans before the Affordable Care Act came into law and you really liked that plan, what we said was you can keep it if it hasn’t changed since the law passed.” Italics mine, to emphasize the lie about the lie.

By this time, even the president’s defenders were categorizing Obama’s falsehood as, at best, “a ‘noble lie’ in the Platonic sense of the term,” as Salon’s Brian Beutler put it on Nov. 7. But even at that late date, “the real lying liars” (in Beutler’s phrasing) were, of course, on the other side: “Noble lies have in many ways defined the debate over the Affordable Care Act, but the vast majority of them have been lies conservatives told in a failed effort to nix reform.”

All that pettifoggery was rendered moot on the evening of Nov. 7, when the president kinda-sorta apologized for misleading the country. NBC interviewer Chuck Todd asked Obama “Do you feel like you owe these folks an apology for misleading them?” The president, with much hemming and hawing within the ellipses, said this: “I regret very much that… we weren’t as clear as we needed to be in terms of the changes that were taking place… Even though it’s a small percentage of folks who may be disadvantaged, you know, it means a lot to them. And it’s scary to them. And I am sorry that they, you know, are finding themselves in this situation, based on assurances they got from me.”

As Reason’s Peter Suderman pointed out at the time, the apology itself was not technically accurate. “People aren’t ‘finding themselves’ in ‘this situation’ — the situation of having insurance plans they liked canceled — because of Obama’s ‘assurances,” Suderman wrote at reason.com. “They are finding themselves in that situation because of legislation that his party crafted, rules his administration drafted, and a bill that he promoted vigorously and then signed into law. His assurances misled people about what would happen under that law, but did not cause the plans to be terminated.”

A lie this ignoble should stain the credibility of everyone who perpetuated it.

The estimated scores of millions of eventual health plan cancellations that Americans will soon face are not some weird unintended consequence of Obamacare. They are fundamental to making the law work as written. The Affordable Care Act relies on previously uninsured young people to overpay for coverage they don’t need, and for previously insured adults to pay for health contingencies they will never face, be it childbirth for men or pediatric dental care for grandparents. That is what is supposed to allow more people to be covered and to keep overall rates in check. Since making people’s health insurance more expensive is not particularly popular, Obama lied about it, and not only when he claimed you could keep your plan and your doctor.

In fact, the president promised at least 15 times while running for president in 2008 that his health insurance reform would reduce premiums by an average of $2,500 per family. In May 2009, he said the law would “end up saving $2 trillion,” leading to “lower premiums.” The White House blog in November 2009 featured such headlines as “Objective Analysis Shows Reform Will Help Small Businesses, Lower Premiums for American Families” and “CBO Confirms That Families Will Save Money Under Health Reform.”

As Suderman wrote in June 2013, there was “no mistaking the message that the Obama White House was selling to anyone who would listen: that premiums would go down, that benefits would go up, and that if premiums did happen to go up, it would only be as a result of an individual choice to buy more robust coverage.” What’s more, “This is the debate that even those relatively few Americans who follow wonky policy pundits were hearing — not one that emphasized trade-offs, but one that repeatedly emphasized that Obamacare would have mostly positive impacts on premiums, and that any negative impacts would be modest.”

For years, liberal commentators have accused conservatives of living in an intellectual “bubble” of their own creation, impervious to reality. But through official intent and intellectual laziness, Democrats have created a bubble of deception surrounding Obamacare that will affect millions of Americans for years to come. A lie this ignoble should stain the credibility of everyone who perpetuated it.

Matt Welch
for The Daily Reckoning

Ed. Note: Like it or not, Obamacare is a law. It is going into effect. And it will be a disaster. But there is a way for you to “opt-out” of Obamacare, and save yourself the headache of worrying about it. Sign up for the FREE Laissez Faire Today email edition, and you’ll get an all-access pass to the free report explaining how.

Matt Welch is editor in chief of Reason magazine and co-author with Nick Gillespie of The Declaration of Independents: How Libertarian Politics Can Fix What’s Wrong With America, now out in paperback with a new foreword.