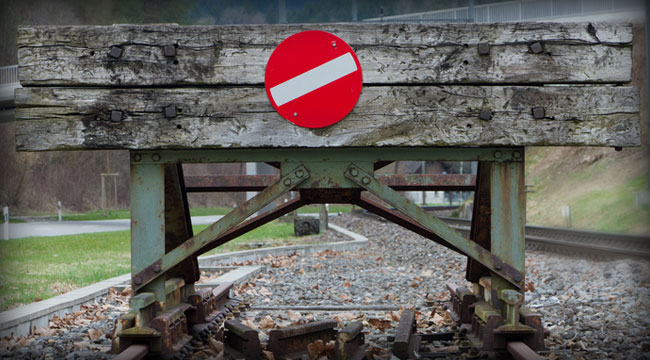 The Day the Streak Died

It was a fierce fight into the closing bell. But all streaks must eventually come to an end.

The Dow’s latest march to new heights has been nothing short of impressive this year. The Big Index closed higher for 20 consecutive Tuesdays. Yesterday was almost 21. Almost…

“People have been calling these up days ‘Turnaround Tuesdays,’” writes Jason Zweig over at the Wall Street Journal’s Total Return blog. “We think they should be called ‘Booby Tuesdays,’ because anyone who believes there’s any predictive power in them is foolish. And we can’t wait to say good riddance to them.”

Can’t argue with that. I wouldn’t advocate buying Monday’s close in an effort to play the Tuesday bounce—even if it would have worked for the past five months. I doubt anyone would…

But that’s not the point. The Tuesday streak wasn’t interesting because it was used as a timing tool. Instead, it was a market quirk that demonstrated just how orderly this recent rally has been. Don’t overthink it.

Back to the day that broke the streak. What did we see?

Red across the board…

There was also a lot of selling under the surface. Breadth continues to weaken—fewer stocks are rallying. That’s a red flag. No need to sound any alarms just yet. But it’s a good worry to keep in your back pocket.

Speaking of worries, it looks like you’ve been doing your homework…

True. Buying climaxes (stocks hitting 52-week highs, then closing lower the same week) are hitting in clusters. There’s obviously some profit taking happening out there. Something else to keep in mind as we watch stocks slowly inch lower this week.

Here’s the rub: a rising market feels idiot-proof. For most of 2013, throwing darts netted more winners than losers. But these conditions weren’t going to last forever. It’s getting more difficult to squeeze a buck out of stocks—and that’s panicking everyone who’s gotten a little too comfortable over the past six months.

However, the market isn’t signaling us to drop everything and head for the bunker just yet. What you need to do right now is watch where the money lands as it flows out utilities and other underperforming names. Sectors that outperform the S&P on the down days during this pullback have a good shot at becoming new market leaders…

Greg Guenthner,
for The Daily Reckoning